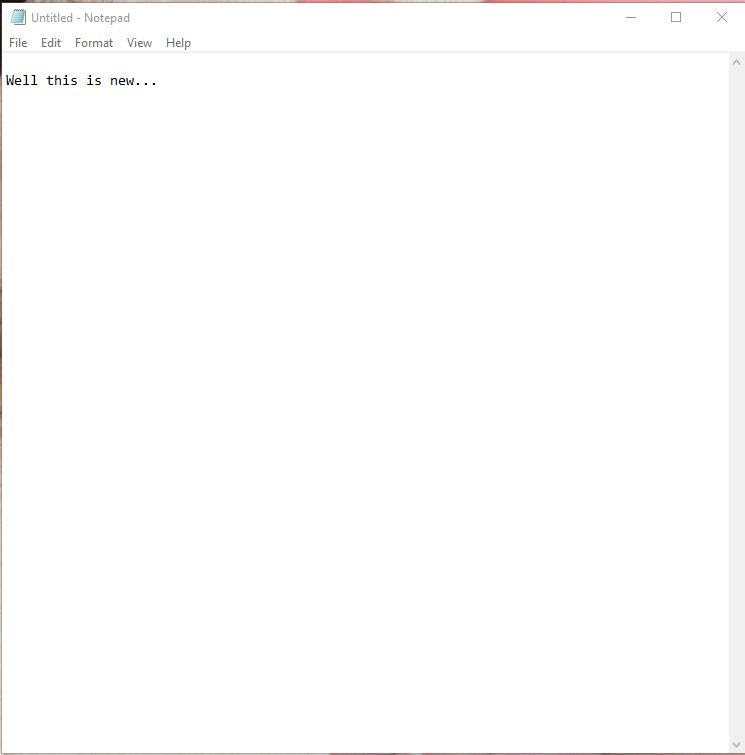 The Notepad app on Microsoft Windows has been the operating system’s forgotten stepchild for years, a largely forgotten tool that stands quietly in the corner as its siblings see regular polishes and improvements. But it’s finally getting its moment in the sun.

Microsoft is adding a number of new features to Notepad. And while it won’t be enough to woo users away from MS Word (MSFT) or Google Docs (GOOGL), it will make things easier for users who use the app for software development or basic text.

The update, due later this year, will allow users to change font sizes onscreen, zooming into the text to make it easier to read. Notepad will also add a feature letting people delete words that appear before the onscreen curser using ctrl+backspace, a popular Word shortcut.

A synonym search is also on the way. Users will be able to search for alternate words by right clicking them and using Bing. And programmers will get the long asked-for feature of line ending support for Unix/Linux and Macintosh code.

The changes are part of an update known as Redstone 5. And while security experts say it’s always a good idea to update your software promptly, it might be worth waiting a day or two before embracing a major Windows update. Earlier this year, users reported problems with the April update.

Microsoft is currently on schedule to offer two updates to the operating system per year.