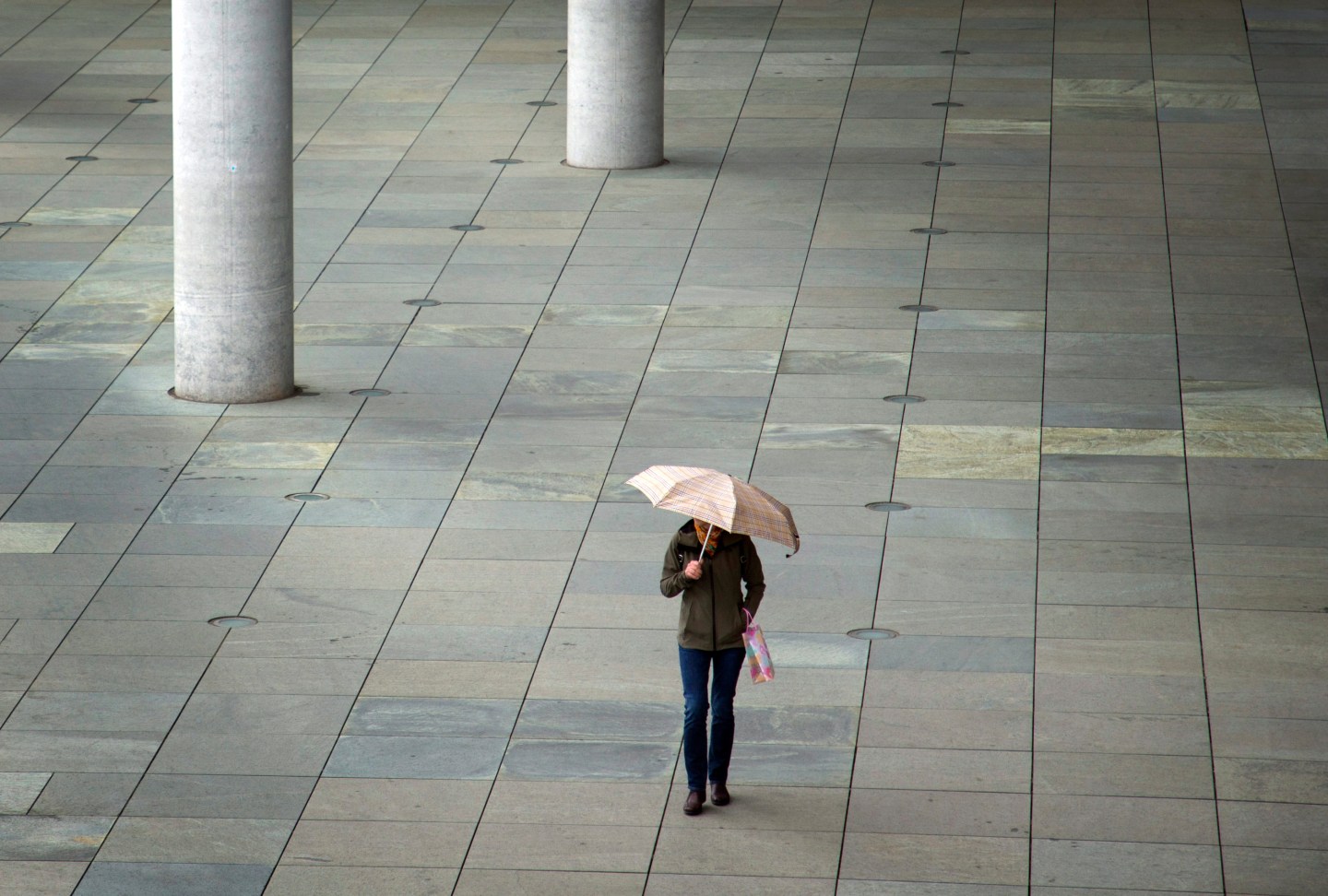 A woman is strolling around in the rain with an umbrella on April 24, 2018 in Berlin, Germany.
Janine Schmitz Photothek via Getty Images

A new study has found that nearly half of all Americans feel lonely — with young people in particular experiencing the brunt on the pain.

Health insurer Cigna took a nationwide survey of 20,000 adults and found that 54% of respondents said they feel like no one actually knows them well, NPR reports. Additionally, 56% of people said the people they surround themselves around “are not necessarily with them,” and approximately 40% said they “lack companionship,” their “relationships aren’t meaningful,” and that they feel “isolated from others.”

The research, released Tuesday, was based on the UCLA Loneliness Scale pioneered by the University of California, Los Angeles. Using measurements calculated by a mix of statements and a formula, researchers found that anyone with a score between 20 and 80 feel lonely. The higher the score, the more likely it is the person feels significant social isolation.

“Half of Americans view themselves as lonely,” David Cordani, chief executive of Cigna, said, according to NPR. “I can’t help but be surprised [by that].”

He added that social isolation can also have an affect on health. “There’s a blurred line between mental and physical health,” Cordani said. “Oftentimes, medical symptoms present themselves and they’re correlated with mental, lifestyle, behavioral issues like loneliness.”

Additionally, the survey found that younger American are hit harder by loneliness. The generation born between the mid-1990s and early 2000s —”Z”— is coming to age now and feels lonely the most, researchers found. Those respondents had an average loneliness score of 48.3, compared to the average score for all Americans, 44. Millennials, meanwhile, scored 45.3. But the Baby Boomers and Greatest Generation scored just below the American average at 42.4 and 38.6, respectively.