Chronic Loneliness Is a Modern-Day Epidemic 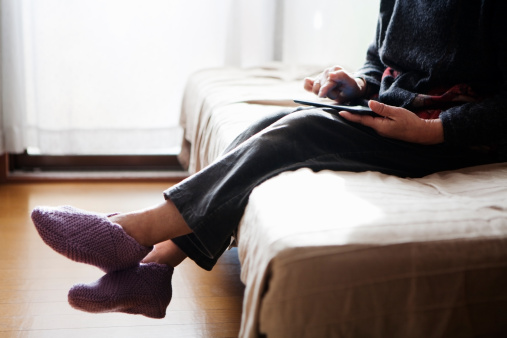 Humans were not designed to be solitary creatures. We evolved to survive in tribes; the need to interact is deeply ingrained in our genetic code. So much so, says John Cacioppo, that the absence of social connection triggers the same, primal alarm bells as hunger, thirst and physical pain.

Cacioppo, the director of the University of Chicago’s Center for Cognitive and Social Neuroscience and author of Loneliness: Human Nature and the Need for Social Connection (W. W. Norton & Co., 2009), has been studying loneliness for more than 20 years. By now, he recognizes its tropes and has grown fond of the condition, which he feels is often misunderstood. Originally drawn to the subject because the existing literature characterized it as “aversive with no redeeming qualities,” he’s conducted dozens of studies and meta analyses on how loneliness affects the mind and body.

In short: In small doses, it can be a valuable tool that enables us to read social cues. But long-term loneliness can be dangerous.

We spoke with Cacioppo about why more people report chronic loneliness than they did 20 years ago, why this uptick may contribute to the rising death toll in the U.S., and whether or not the condition can be mitigated via medication.

This interview has been edited for clarity and length.

It’s perceived social isolation, or the discrepancy between what you want from your social relationships and your perception of those relationships.

One of the things we’ve learned from the studies over the last couple of decades is that loneliness puts your brain into self-preservation mode. From brain-imaging studies, we also know the visual cortex becomes more active while the area [in the brain] responsible for empathy becomes less active. That’s not unique to humans—we see this in fish, we see it in rodents, and we see it in non-human primates.

Why does loneliness cause this reaction?

As social animals we survived because we form bonds, which provide mutual aid. Humans don’t do well if they’re alone. If they got ostracized from the group, they were likely to perish. At the same time, we’ve exploited each other across human history. If a group excludes me [an evolutionary tool adapted to enforce social norms] and I try to break my way back in, the group may not try as subtle an exclusionary behavior the next time. The easiest way to exclude me is to kill me or to injure me. So the brain goes into self-preservation mode to promote short-term survival. It’s better to not make a friend now and survive than it is to try and make that friend, it turns out that friend’s a foe and perish in the service of trying to form a connection.

Loneliness is not designed to be chronic; instead, it’s very much like physical pain or hunger. It’s an aversive cue that alerts you to pay attention. It can also lead to depression, and we think that adapted along the same lines—depression reduces your desire to try to break back into the group. Instead, it sends a passive signal to the group that anyone who cares about you should come to your aid and reconnect. Depression can be adaptive in that sense.

What’s the difference between depression and loneliness?

They are correlated, but they are not the same. Over time, we see loneliness leading to depression. But when I control for other psychological factors, like how stressed I feel, then it looks like a reciprocal relationship. We’ve done experiments where we’ve manipulated whether participants feel lonely or not. When we make people feel lonely they also get sadder, but loneliness is feeling like you no longer have friends or aid at your disposal. Mutuality is important. It’s not just about receiving aid. We’ve evolved to want and seek reciprocity.

I’ve seen studies that suggest the percentage of Americans who report chronic feelings of loneliness has risen over the past few decades.

Looking from a few different sources of data, it seems that way. The percentage of Americans who responded that they regularly or frequently felt lonely was between 11% and 20% in the 1970s and 1980s [the percentage varied depending on the study].

In 2010, the American Association of Retired Persons (AARP) did a nationally representative study in 2010 and found it was closer to 40% to 45%. And a recent study done on older adults out of University of California – San Francisco put it at 43%. In our own longitudinal studies, we’ve seen it at about 26% and longitudinal studies in Europe have found around the same thing; there could be mathematical reasons for why it’s lower in longitudinal studies than in cross-sectional studies ones.

So loneliness levels are on the rise, we’re just not sure by how much. Why do you think this is the case?

We aren’t as closely bound. We no longer live in the same village for generations, which means we don’t have the same generational connections. That releases social constraints—relationships are formed and replaced more easily today. We have Tinder, Match, eHarmony and all these kinds of places you can dial up and find friendships, connections and opportunities that didn’t exist. In the last 15 years or so, many of those face-to-face connections have been replaced with social networking. We’ve found that if you use social networking as a way to promote face-to-face conversation, it lowers loneliness. But if you use a destination, as a replacement for the face-to-face, it increases loneliness.

Related: What Every Introvert Must Know About Leadership

What impact does this have on the general population?

We know loneliness makes you feel terrible. It’s bad for your mental health: well-being goes down, depressive symptoms go up, your likelihood of developing mental and affective disorders increases. It’s also bad for your physical health. In a meta-analysis of 3 million people, which controlled for confounding factors such as demographics and objective isolation, loneliness increased odds of an early death by 26%.

It isn’t a single mechanism, it’s a set of related mechanisms. For example loneliness increases vascular resistance, which moves blood to the muscles and heart. That’s helpful when there’s a specific threat, but lonely individuals exhibit this over the course of a normal day. As you age, that translates into higher blood pressure. Loneliness also increases base-line levels of cortisol, a powerful stress hormone. If I increase cortisol in animals by exposing them to chronic stressors they die earlier due to organ deficits.

And then there’s sleep. A handful of studies have shown that when you’re lonely, your brain remains alert for threats and you show more micro awakenings or sleep fragmentation. In a study of isolated rats, they exhibited less slow-wave sleep. This has an adaptive purpose: If you’re isolated, you could be predated at any moment. It doesn’t matter whether you are sleeping next to someone—if you feel isolated, that causes the brain to remain on alert.

We’ve found loneliness is associated with altered gene-expression, which makes you more susceptible to viruses, a correlation that has been shown in humans and animals.

The death rate in the United States rose last year for the first time in a decade—do you think loneliness is partially to blame?

The odds ratio, a 26 percent increase in premature death, is about the same effect size as obesity. While obesity isn’t a major cause of death—that would be cardiovascular disease and cancer—it contributes to shortened life-spans in contemporary society. Loneliness has a similar effect. I want to be very clear: People aren’t dying of loneliness. But they are dying of cardiovascular diseases, cancer, accidents, suicide and diabetes. Based on your genetics and your environmental history, loneliness can make these conditions strike earlier than they otherwise would have.

What’s a common misconception about loneliness?

The idea that if you take people with poor social skills and give them social training, they’ll become less lonely. But most people have adequate social skills once they reach adolescence and early adulthood. In population-based studies, we don’t see social skills making any difference, and indeed in our adult samples teaching social skills has a very modest effect.

So loneliness isn’t reserved for the socially awkward?

Correct. In experiments, when we manipulate loneliness, everyone shows decreased social skills because they are less likely to take the perspective of others. It’s a function of their perspective on the world. Social skills require that you think of another person. If I’m a fish on the edge of a school of fish and we’re preyed upon and I head to the middle, I’m exhibiting poor social skills. If I’m in a group and I see someone assaulted and I don’t think about them, instead I’m thinking about me, that’s poor a social skill. It’s not a function of what’s in your head, but where your head’s at.

How can people break the cycle of retreat and isolation and become unlonely?

Retraining how we think about other people. It’s understanding what loneliness is doing and try to correct for the behavior it encourages. Try to be more grateful, more positive, more discerning. But loneliness is stubborn. Which is why we’re exploring temporary pharmacological solutions involving steroids to help people make these cognitive readjustments.

So it’s a steroid pill to treat chronically lonely people?

The trial will begin next fall—we don’t have evidence it works yet. But if a pharmacological solution could provide temporary assistance, it would be simpler to work with people through web-based programs to reshape their social reactions.

That’s right. Most people break out of the loneliness cycle, but not everyone does—it’s those people we want to help.

Is there any benefit to loneliness?

There are a lot positives. You may ask what’s the benefit of pain, but you wouldn’t want to live without it. People who are born without the ability to feel pain are miserable, because they don’t know when they’re harming themselves. If I am ostracized by a group, or the last to be chosen for a team, and it doesn’t affect me, that’s psychopathic behavior. There are a lot of benefits to feeling lonely just like there are a lot of benefits to physical pain, but if one can avoid chronic pain you want to do that.