Why Home Depot Is Spending an Extra $5.4 Billion on Stores and E-Commerce in Next Three Years 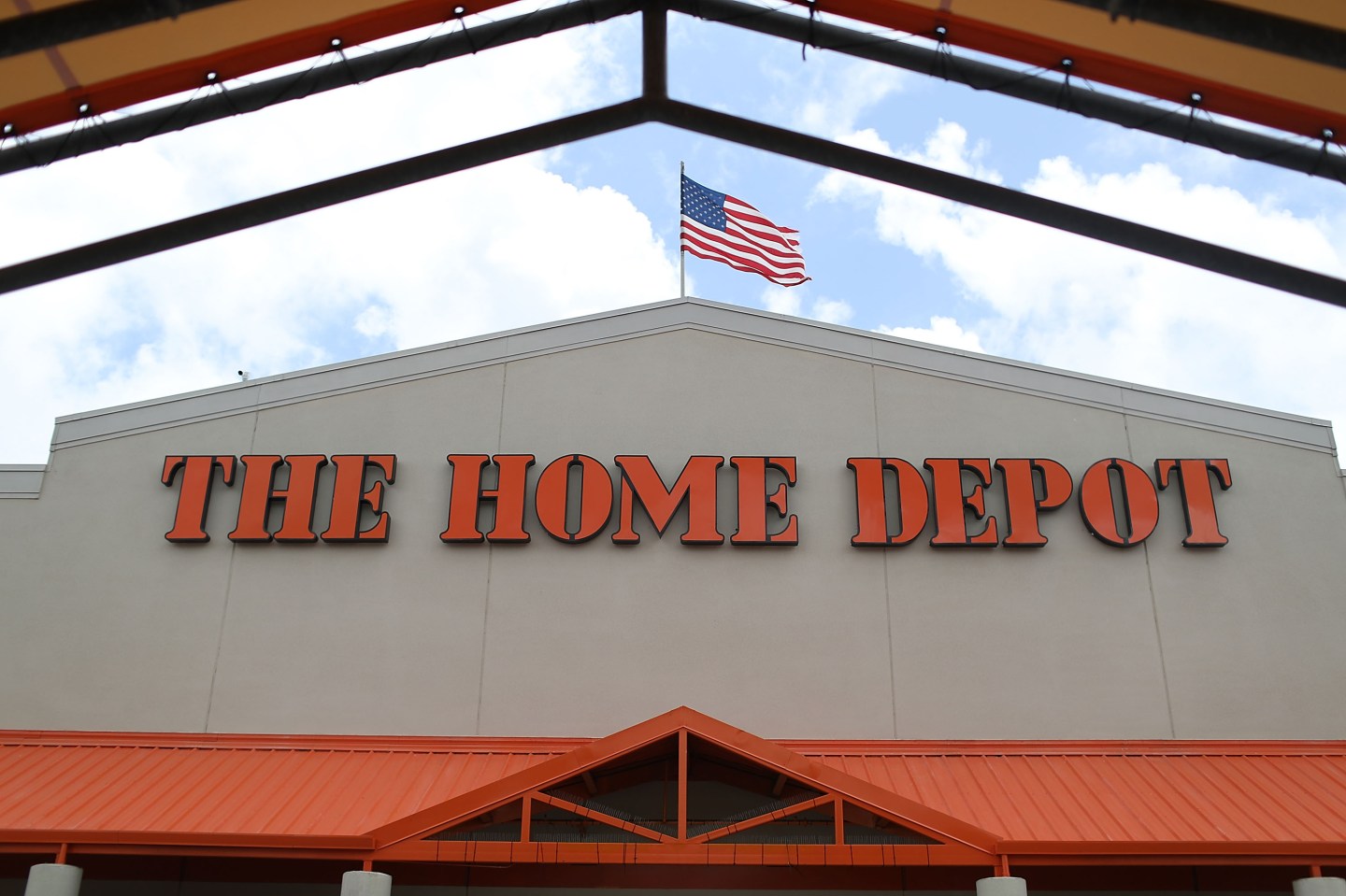 MIAMI, FL - MAY 17: A Home Depot store is seen on May 17, 2016 in Miami, Florida. Home Depot raised its yearly outlook after first quarter sales figures showed the home improvement retailer had a net profit of $1.8 billion, or $1.44 share, compared with $1.58 billion, or $1.21 a share, a year ago. (Photo by Joe Raedle/Getty Images)
Photograph by Joe Raedle—Getty Images

Coming out of the 2008-09 financial crisis, The Home Depot (HD) took a brutal beating.

As customers’ home values were underwater, they pulled back on home improvements, sending Home Depot’s sales plunging. But rather than panic, the retailer invested in its e-commerce, improving stores (without opening new ones) and worker training. The strategy served the company well: comparable sales at its U.S. stores have been better than those of rival Lowe’s (LOW) in nearly each quarter since then, and have been above the 6% of five years running, a pace unmatched by virtually no major retailer of similar size, other than perhaps Costco Wholesale.

Now, eight years into an economic expansion, Home Depot is looking to make similar moves in anticipation of an eventual slowdown sometime down the line. At its investor day on Wednesday, Home Depot said it would roughly double the investment spending in the next three fiscal years to some $11.1 billion.

Those will include things like investing in faster check-out for customers, flexible scheduling and competitive wages for store workers, turning over merchandise more quickly to keep things fresh and making its supply chain even more efficient. The goal is to adapt to how consumers shop, improve in-store service but also lower costs for when the market turns eventually.

Speaking of the downturn a decade ago, Home Depot CEO Craig Menear told Fortune that the retailer’s hot streak was exactly why it needed to ramp up investments now. “We didn’t want to waste that time and we used it to invest and position ourselves to win as the market recovered,” he explained.

At its analyst day, the company said it was gunning for sales in the year ending January 2021 to hit as much as $119.8 billion, compared with this year’s estimate of $100.6 billion. Home Depot also announced a new buyback program of $15 billion to replace an earlier one.

Home Depot’s Chief Financial Officer Carol Tomé told analysts that the company expects the U.S. expansion to last a good while longer since so far, gross domestic product growth has been below that of other recoveries. What’s more, home value appreciation, the biggest source of demand for Home Depot, continues to rise quickly. Longer term, Tomé sees aging housing stock as a source for ongoing demand. She also downplayed any impact from potential changes to mortgage deductions in the Senate’s proposed tax plan.

But company executives acknowledge that the economy will at one point slow down, so Menear is betting the investments will prepare it to win business when the tide is no longer rising to lift all boats. “When things get difficult, low cost providers win,” said Menear.

The Home Depot raked in about $6.5 billion online in the last year, according to eMarketer, making it the fourth biggest U.S. e-commerce player. But much of the new investment is to make sure it builds on that. Some projects include an upcoming business-to-business e-commerce site for its professional clients (as opposed to the do-it-yourself crowd), from whom business is growing even more quickly than the company average.

“The front door of our store is no longer at the front door- it’s in the customers’s home, in their pocket, on the job site,” Menear said.

Menear, who took the reins three years ago, has had the enviable though difficult task of building on his predecessor Frank Blake’s remarkable run by finding new avenues of growth and preventing the company from falling into complacency. It’s a measure of Wall Street’s faith in Home Depot’s approach that shares barely slipped on Monday on news of potentially pinched future profits. Three years ago, Walmart (WMT) took a beating when it announced big investments and earlier this year the same happened to Target (TGT). But in both those cases, the heavy investments were announced at difficult times for those companies. Meanwhile Home Depot shares are trading pretty close to all-time highs.

“Now is the time to invest while we have the strength in the business,” he says.