Do Shareholders Win When Activists Win? 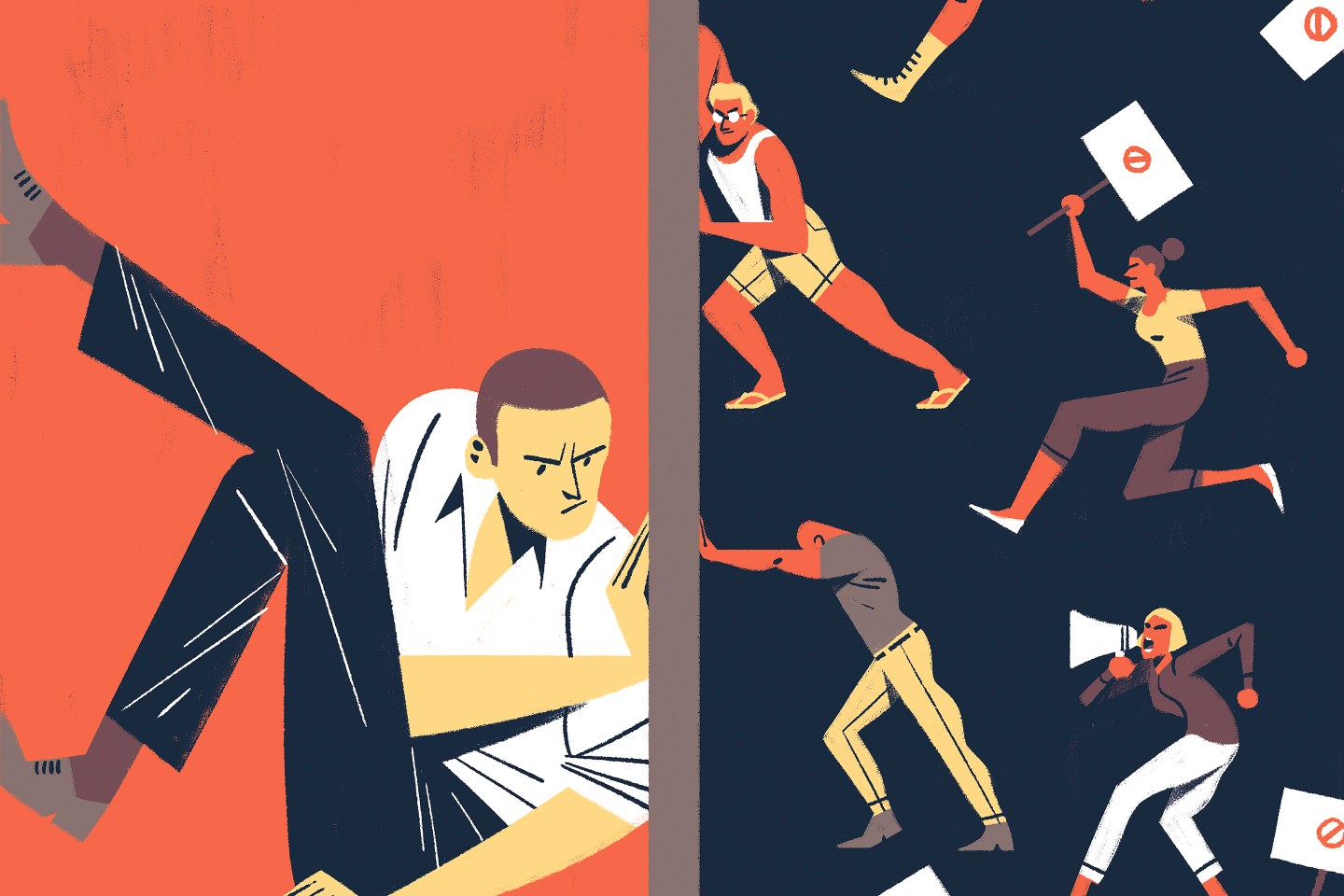 In July, Peltz, the veteran activist fund manager, announced that he would pursue a proxy fight to secure a seat on the board of the consumer staples giant. Peltz and his hedge fund, Trian Fund Management, were leaning on P&G CEO David Taylor and his board to address the company’s lackluster growth. Trian is the company’s sixth-largest investor, with 1.4% of its shares in a stake worth $3.5 billion, and Peltz says he and other investors would fare better if P&G cut costs more aggressively and reorganized the firm into more fully independent business divisions.

As companies typically do in these ­scenarios, P&G has resisted Peltz’s overtures. And in a showdown at the P&G shareholder meeting Oct. 10, investors narrowly voted to reject Peltz’s campaign (although Peltz has not yet conceded defeat).

But the most familiar thing about the spitting contest is this: The stock market ate it up. In the roughly three-month span between Peltz’s announcement and the vote, P&G’s stock rose as much as 8%, handily outpacing the S&P 500. Indeed, shares often rise after an activist sets its sights on management: After all, activist wins usually pay off for all shareholders, don’t they?

Actually, the truth is a bit more complicated.

Activist investing—where a major share­holder or group of shareholders uses its leverage to pressure management to change strategy—has become more commonplace of late. Since 2012 the number of activist campaigns launched annually has increased 18%, according to research firm FactSet, and activists like Peltz, Carl Icahn, and Bill Ackman are more likely than before to target larger, better-known companies. (In terms of market capitalization, P&G was the largest company every taken on by an activist.)

In the short term, the market usually treats the ballyhooed bullying like it’s bulletproof. The activists’ bandwagon has become so popular that mutual fund firms have birthed ETFs that track their every move and buy stock in the companies they target.

But new research into what happens after an activist campaign suggests that these efforts to unlock potential can just as quickly create headaches—and that when a campaign fails, the target company often does just fine.

FactSet studied a total of 175 activist campaigns that were launched between 2012 and 2016, and compared the subsequent returns of two groups: companies where the dissident shareholders won, and companies where they withdrew their demands. One year after the campaigns’ end, shares of companies where activists triumphed had a median loss of 0.7%; shares of companies that fended off their advances, on the other hand, had a median gain of 9%. The gap widened after two years, with a median loss of 2.4% after activist wins and a median gain of 10.9% for successful resisters. Separate research, from Bank of America Merrill Lynch, found similarly deflating results: The one-year alpha—the amount by which a stock outperforms its benchmark—after the beginning of the average activist campaign dropped from 52% in 2012 to –5% in 2015.

Why are activists underperforming? For starters, a company that draws attention from an activist may have problems that take more than two years to fix. (The average one-year returns for activist-targeted stocks trailed the S&P 500’s over this stretch, whether activists won or lost.) And companies whose shares have a big run-up during a campaign may see a letdown after it ends. Another problem may be that activism itself is now too common. When the narrative of an activist coming in and cleaning house becomes “de rigueur as opposed to special,” more investors yawn, says Savita Subramanian, BofA Merrill Lynch’s head of equity and quantitative strategy.

The current bull market, now eight years old and counting, is yet another factor. Activists who win often call for stock buybacks to reward shareholders. But when shares are already pricey, adds Subramanian, buybacks do little to generate further gains.

A high-priced market also means that it’s more expensive for activists to buy shares in weak companies where they can make a big impact. Frank Aquila, a partner at the law firm Sullivan & Cromwell who focuses on governance and mergers, says activist managers now more frequently take on larger, more stable companies. The percentage of campaigns involving companies with market capitalization of $1 billion or more has risen from 9% in 2009 to 24% in 2016, according to FactSet. But bigger companies are exactly the kind whose management is more likely to have a long-term plan to thrive without the activists’ help.

It’s unclear what the future holds for P&G. But Fortune looked at several companies that have recently fended off incursions by activists, to see what lessons investors can glean—and to spot past “rejecters” whose shares look promising.

P&G is just one of several consumer giants Peltz has targeted. In 2013, Trian bought 4 million shares of PepsiCo (PEP), and Peltz called for the company to split its beverage unit from the better-performing snacks division. CEO Indra Nooyi disagreed, arguing that the combined company provided valuable economies of scale. The two sides eventually called a truce in January 2015, with PepsiCo adding one board seat for a Trian adviser. Just over a year later, Trian divested, and the idea of splitting up the firm became passé, says Jefferies analyst Kevin Grundy.

Since the 2015 truce, PepsiCo’s 20% return has kept pace with the broader market. It hasn’t all been smooth sailing: The Frito-Lay snacks division remains more than twice as profitable as the larger North America beverage division, returning 31% of revenues in operating profit. (For more about the company’s challenges, see our interview with Nooyi in this issue.) The beverage group’s margins are improving, however, and Grundy says the market hasn’t given PepsiCo enough credit for that; to him, the stock “still screams cheap.”

In 2011, Carl Icahn set his sights on Clorox (CLX), building a 9% stake before offering to purchase it outright. Icahn’s end game was to persuade Clorox’s board to sell to a large competitor, says Edward Jones analyst Jack Russo, but the idea never caught on, and the campaign ended after a couple of months. Since then, Clorox stock has risen 95%, compared with about 87% for MSCI’s benchmark consumer staples index. Clorox’s 2.4% dividend yield has lured buyers of late, and its share price, at 24 times next year’s estimated earnings, is higher than the sector’s average of 22. Today’s income-hungry investors happily pay that premium for the stock, Russo notes.

In 2015 the investment group Land and Buildings (L&B) called for MGM Resorts International (MGM) to spin off its Las Vegas real estate—which includes MGM Grand Las Vegas and Bellagio—as an independent real estate investment trust (REIT), while also selling the then-struggling MGM China unit in another IPO. The fight made headlines, but L&B didn’t have the clout to get its way (it owned a 0.4% stake), and it never won the support of the largest shareholder at the time, the late Kirk Kerkorian.

MGM did eventually create a REIT, but the Grand and Bellagio weren’t included in the assets, and MGM retained a 75% ownership stake. Since L&B ended its proxy fight in May 2015, MGM’s stock has climbed a stellar 66%. The China unit will open its second casino in Macau by the end of 2017. Thanks to that space, its acquisition of Atlantic City’s Borgata Hotel & Spa last year, and a bullish near-term outlook for Las Vegas tourism and business travel, Gabelli analyst Adam Trivison expects MGM’s revenues to jump 14% this year.

Worth a special mention: Herbalife (HLF), the multilevel marketer that has been the target of a long-term campaign by Bill Ackman. The nearly five-year-old battle doesn’t meet the strict definition of an activist campaign: Rather than accumulating Herbalife stock, Ackman’s Pershing Square fund has been selling it short, and Ackman has accused the company of running a Ponzi scheme and declared his intention to drive the stock price to zero. Still, for sheer heat generated, it matches or exceeds any other recent activist clash.

The Los Angeles–based company, which has uniformly denied Ackman’s allegations, appears to have weathered the worst of the campaign, especially after settling a Federal Trade Commission investigation in July 2016. The FTC’s scrutiny pushed Herbalife to change its incentives so members focus on sales instead of attracting new sellers. The company is rolling out new products and has a growing international presence; Ivan Feinseth, director of research at Tigress Financial Partners, believes Herbalife can sustain an 8% yearly growth rate.

The controversies around Herbalife may make investors squeamish, but the stock has delivered for those with strong stomachs: It’s up 16% since its settlement with the FTC—and 85% since Ackman’s campaign began. Ackman hasn’t relinquished his short position, however, so there may be more drama ahead.

This is an updated version of an article that appeared in the Oct. 1, 2017 issue of Fortune with the headline “Resisting Activists, and Winning.”