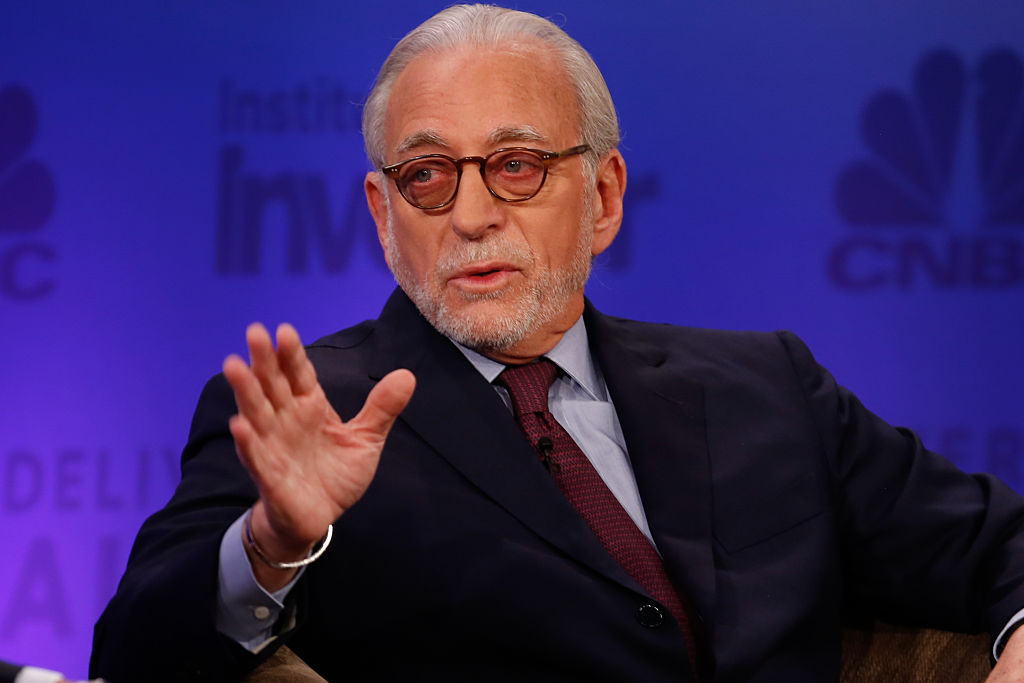 Nelson Peltz just heard that he’s lost his epic proxy fight to win a board seat at Procter &Gamble. But the veteran activist investor tells Fortune he still might emerge the winner.

Peltz’s proxy fight ranked among the most suspense-laden annual meetings in corporate history. Around 11 a.m. on Tuesday, P&G’s CEO David Taylor announced the Proxy vote results, which was that shareholders had voted to deny Peltz a seat on P&G’s board. Around 30 minutes later, Fortune spoke to Peltz, whose Trian Fund Management had waged an historic proxy battle against the biggest target to ever to face an activist challenge.

But Peltz, who phoned in from outside P&G’s headquarters in Cincinnati, isn’t convinced he lost the Proxy fight. “The vote is too close to call,” Peltz said. “This morning, our proxy firm said we were up by 175 million votes. We knew P&G had 100 million shares they could vote themselves, and 100 million that were held by employees, who could vote either way. We sat on another 20 million shares. Think about those numbers! If they won or lost it was by 1%.”

Peltz—his proxy adviser was there, and updated him on the details—noted that P&G has four days to submit preliminary results in an 8K filing. But if the outcome isn’t clear by then, P&G can take as long as necessary to make the final tally. That process could last for weeks or even months. In Peltz’s previous proxy fight, against Heinz, the final count that put Peltz and an ally on Heinz’s board wasn’t certified as official until more than a month after the annual meeting.

“They just said that based on the preliminary vote their candidates are approved, and I didn’t get elected,” says Peltz. “They need to check signatures, make sure the right account holders have voted. The result could well be within 1% or less.”

For Peltz, the P&G meeting’s overarching message was first, that shareholders are really, really unhappy, and second, that management is stuck in a kind of alternative reality. “We sat at the meeting, and retiree after retiree came up to grouse about what the company is doing, and the complaints kept on until the comments were cut off after 30 minutes,” Peltz says.

After the meeting ended in an apparent victory for P&G, Taylor and director Jim McNerney walked over to speak with Peltz. “They came over to shake hands and say, ‘We still want to work with you,'” he recalls. “I said, ‘That’s great, what you guys should do is put me on the board right away. You guys heard what the people in the audience had to say. What’s going on here? Win or lose for you, this is a pyrrhic victory for you.”

He continues, “If they were smart, they would be magnanimous now and say, even though we won, we’re putting Nelson Peltz on the board because the vote was so close.”

Any chance that will happen? “No, no chance,” says Peltz. “They spent $100 million to fight me because of their egos.”

It’s hardly surprising that the sunny view that Taylor presented to the assembled shareholders didn’t fit what Peltz perceives as reality. “From what Taylor said, you’d think it was the greatest consumer products company on the planet,” says Peltz. “He’s making it sound like it couldn’t be better. I’m saying to my folks, ‘Did I walk in the wrong room? Did I buy the wrong stock?'”

The tone, Peltz says, shifted once what he describes as a parade of disgruntled P&G investors lodged their complaints. “Then, management is saying, ‘We’re not perfect, we’re not satisfied, we’ll do better.'” P&G’s recent promises to diversify the board, Peltz says, only proves he’s right. “As of two or three days ago, they’re talking about refreshing the board by putting on people with packaged good experience. What do I have? $3.5 billion in stock plus packaged goods experience!”

“Look at the 10K instead of what they’re saying,” says Peltz. “Operating earnings are down over several years. They play a game with the shares. This company is struggling so hard to maintain an even keel. They’re spending billions and billions to buy back shares just to stay even in earnings-per-share.”

Despite P&G’s declaration of victory in the proxy fight, Peltz still played his customary role of happy warrior. He saved his most humorous zingers for the massive Cincinnati headquarters complex that left him thunderstruck. For Peltz, it’s a monument to bureaucracy and inefficiency, and a symbol of everything that’s wrong with P&G. “They’ll never grow until their management structure changes,” Peltz says. “It’s just like these buildings. I’ve never seen anything like it. I’m standing in front of these two massive office towers, and nearby there’s an office block where the executives work that looks like a giant Soviet-era building. You wouldn’t believe this place.”

Peltz advocates emptying the towers and sending the managers into the field, in the midst of the throngs who buy Tide, Pampers and Crest. “I say, ‘Go sell toothpaste,'” says Peltz. For P&G’s future, the best outcome is a now long-shot victory for Peltz. The second best is for management to pretend it’s their idea, and do just what he says.