Neiman Marcus Is Closing More Than 25% of Its Outlet Stores 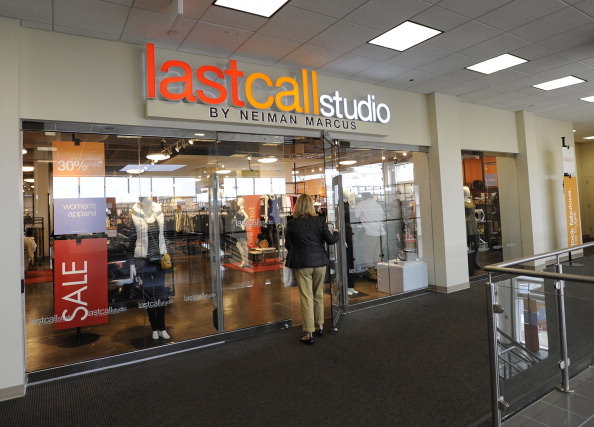 Neiman Marcus is taking a step back from the discounting precipice.

The luxury retailer, which has long been grappling with steep sales declines at its full-service department stores, said on Tuesday it was closing 10 of its 38 Last Call outlet discount stores, the better to focus on its highest-end locations.

The Dallas-based company had said in July that it would review the Last Call chain physical presence. Now, Neiman Marcus has determined it is better off putting more eggs in its full department store business, which includes Manhattan’s iconic Bergdorf Goodman store and its upcoming New York City store.

“This decision is about optimizing our Last Call store portfolio to deliver the best customer service and freeing up resources to support new initiatives for our full-line Neiman Marcus and Bergdorf Goodman channels. We are investing in our strengths as the clear leader of high-end luxury retail,” said Elizabeth Allison, senior vice president, Last Call. It also wants to make sure that Last Call will stand out more from its peers by offering customers more merchandise from its full-line stores in proportion to the made-for-outlet merchandise that offers higher margins but is not what shoppers look for primarily. And fewer Last Call stores to ship clearance merchandise too means more product for the remaining stores.

Neiman Marcus has reported seven straight quarters of declining comparable sales and has blamed everything from reduced shopper loyalty to the challenges of getting fashion merchandise to stores from runway more quickly for its troubles. Earlier this year, Neiman said it was look into put itself up to sell and later decided not to.

To bolster sales, Neiman, like its peers Nordstrom (JWN), Barneys New York and HBC’s (HBC) Saks Fifth Avenue, have in the last decade all expanded chains of outlet stores, running the risk of training shoppers to look for lower prices despite protestations of little shopper overlap. (Some retailers claim there is only a 15% overlap between outlet stores and regular stores.)

But both Saks and Nordstrom have seem same-store sales at luxury department stores struggle even as their outlet businesses have boomed. As Fortune recently reported, Barneys for one closed some outlet stores a few years ago, finding they were damaging its luxury image.

So private-equity owned debt-laden Neiman, which lost $165 million in the first three quarters of this fiscal year, is instead focusing its firepower on its upcoming full-size Neiman Marcus store in New York City’s Hudson Yards, delayed now until 2019, as well as major investments in Bergdorf.

The closings will leave Neiman with 28 Last Call locations (and 42 regular stores). In comparison, Nordstrom has more than 220 Rack stores while Saks 122 Off Fifth locations.

The 10 stores that will be closed are: Philadelphia Premium, Potomac Mills, Arizona Mills, Gurnee Mills, Livermore Premium, Arundel Mills, Philadelphia Mills, Great Lakes Crossing, Lenox Marketplace and Horchow Plano. The 241 affected employees will have the chance to apply for other jobs at Neiman Marcus Group.