Some Coding Boot Camps Stumble in a Crowded Field 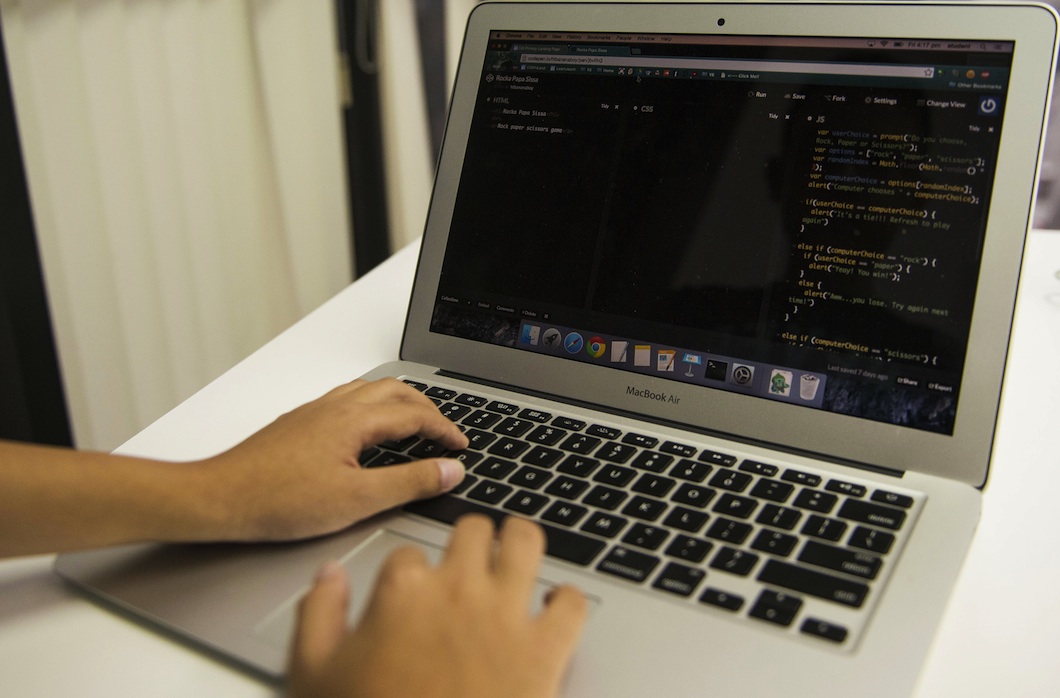 Closures are up in a field now jammed with programs promising to teach students in just weeks the skills needed to get hired as professional coders. So far this year, at least eight schools have shut down or announced plans to close in 2017, according to the review website Course Report.

Two pioneers in the sector, San Francisco’s Dev Bootcamp and The Iron Yard of Greenville, South Carolina, announced in July that they are being shut down by their corporate parents.

Others, including market leaders like General Assembly, a New York firm that has raised $120 million in venture capital, are shifting their focus to corporate training.

Competition has begun to squeeze out players in a field now crowded with nearly 100 academies in the United States and Canada, more than double the number just three years ago. Many in the industry expect more closures as the space begins to consolidate around dominant schools able to produce top-flight coders.

For more about education, watch:

“Quality is going to win out in this industry, but it’s going to be turbulent for a while,” said Anthony Hughes, chief executive of Tech Elevator, a coding boot camp in Cleveland.

Fed by growing demand for coders and more than $250 million in venture funding, boot camps have mushroomed in recent years. Average tuition is just over $11,000 for a 14-week course, but can climb as high as $24,000 for longer programs, according to Course Report.

The training is aimed mainly at professionals looking to switch careers as well as students lacking the money or interest in attending a four-year college.

Some schools have students report to their classrooms; others offer their courses exclusively online. Students are prepared for entry-level technical roles such as junior developers building apps and websites, or as quality assurance engineers sniffing out bugs in code.

Collectively, these boot camps expect to graduate 23,000 students this year, more than double the 10,333 students that graduated in 2015, according to Course Report, which says starting salaries average around $69,000.

The first coding boot camps began to appear in 2011. The U.S. job market was still suffering from the Great Recession while demand for software engineers was growing. Many workers were eager to retrain for high-paying technology jobs.

Dev Bootcamp, launched in 2012, was among the first to offer intensive courses teaching web development coding languages such as JavaScript and Ruby. The popular classes soon spawned competitors such as Hack Reactor, Hackbright and App Academy. Investors quickly saw the potential for expanding the concept beyond the San Francisco area to burgeoning tech communities around the country. Venture firms including New York-based Thrive Capital put funding into New York’s Flatiron School and Codecademy. Jeff Bezos, chief executive of Amazon.com, was an investor in General Assembly’s $4.5 million Series A and $10 million Series B funding rounds in 2011 and 2012.

Coding boot camps also got the attention of Kaplan, the Fort Lauderdale, Florida, test-prep and vocational education company; and Apollo Education Group, the company that operates the University of Phoenix. Kaplan bought Dev Bootcamp in 2014 while Apollo acquired The Iron Yard the following year.

But those two schools struggled under new ownership. Their cost structures were higher than those of mom-and-pop competitors but they didn’t have big bankrolls to subsidize them like some venture-backed schools, people familiar with the situation said.

Despite continued growth in enrollment, Dev Bootcamp said in an early July statement that it could not “find a viable business model” that could cover “the critical day-to-day costs of running our campuses.” The school is slated to shut down by year-end.

One week later, The Iron Yard, which had offered courses in 22 cities, announced it, too, would close.

“In considering the current environment, the board of The Iron Yard has made the difficult decision to cease operations at all campuses after teaching out remaining summer cohorts,” Iron Yard said in a statement.

Other boot camp owners say their schools are thriving by delivering exactly what was promised.

Flatiron School, which has raised $14.5 million in venture funding, boasts a job placement rate of 97 percent, with an average full-time starting salary of almost $76,000 a year. Flatiron School’s outcomes are audited by a Massachusetts accounting firm, according to the school.

“If you aren’t putting out real outcomes, students are going to be skeptical,” said Adam Enbar, chief executive of Flatiron School.

Zach Newburgh, 28, a Flatiron online student from New York, credits the school for helping him land a position as a junior web developer at Blackrock, the New York investment firm.

“I was looking for a job where I’d be able to code every day at a Fortune 500 company,” said Newburgh, who said he received multiple job offers. “With Flatiron, not only did they give me the skills necessary to be successful, they were a pipeline into Blackrock.”

Other students say getting a job was much tougher than they expected.

Chase Thomas, 31, a resident of Walnut Creek, California, said it took him six months to land a position after spending $25,000 on courses with Thinkful, an online coding school, and General Assembly, where he completed a 10-week course at the company’s San Francisco location.

Now a quality assurance engineer at the software vendor Workday, Thomas said he’s happy he took the classes. But he said he wouldn’t recommend that route for everyone, especially if it involves taking on debt, like he did. “Boot camps are seen as a ticket to the middle class. Everyone can do it, but the key is: do you want to?” Thomas said. “I love it, but it’s not for everybody.”

Some bigger, venture-backed boot camp startups, meanwhile, are shifting their attention to the corporate training market.

Denver-based Galvanize, for example, which has raised $63 million in venture capital, says it has begun helping corporate clients such as International Business Machines and General Electric hire engineers and re-train their staffs with coding skills the companies need.

Corporate training has grown to one-third of its revenue, up from 10 percent, in just six months, and could “easily” surpass the company’s consumer business in the near future, said Lawrence Mandes, co-founder and chief revenue officer of Galvanize.

General Assembly serves the likes of Adobe Systems, AT&T and Target. Smaller players like Hack Reactor and Hackbright Academy are also placing a greater focus on the corporate market.

But this niche has its challenges too.

Boulder, Colorado-based RefactorU decided in December to pivot to running boot camps for other education providers, according to Sean Daken, who founded the school in 2013. But he said those clients came far more slowly than expected and a cash crunch ensued.

“The sale cycles are very, very long with those organizations,” Daken said.

He said he let all of his employees go in April.