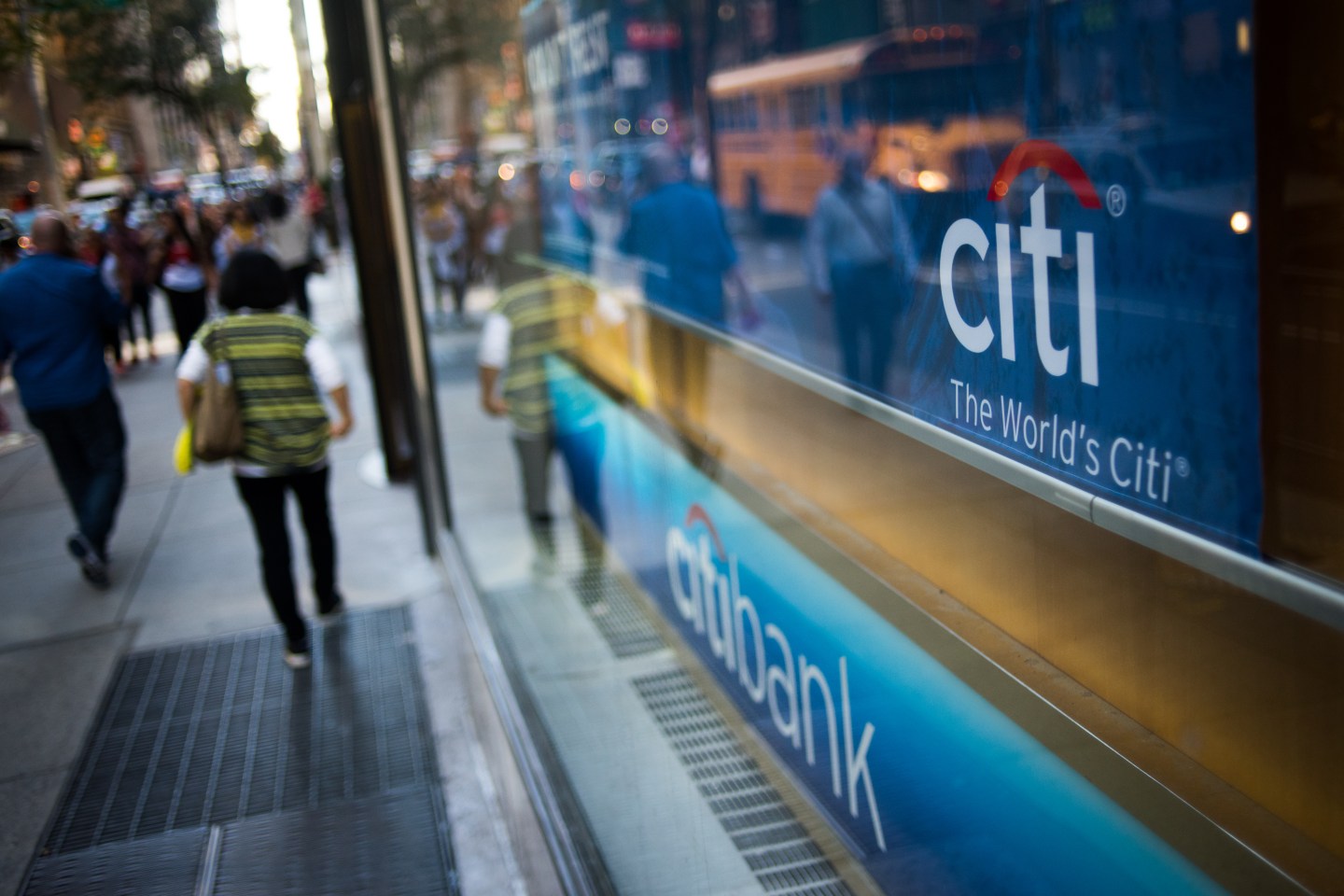 For the first time since receiving three government bailouts during the 2007-2009 financial crisis, Citigroup (C) on Tuesday is holding a day-long conference for investors, marking another step in the recovery of what was once the biggest U.S. bank.

The meeting in New York, for about 250 invited stock analysts and investors, plus anyone who wants to listen over the internet, comes four weeks after the Federal Reserve said it would allow Citigroup to begin to trim back the extra capital it has built up since the crisis.

“Citi’s restructuring is over and, given our latest capital plan and improving business performance, this is the right time to talk about our path to growth and higher returns,” Ed Skyler, who oversees Citigroup communications and government affairs, said on Monday.

Citigroup is now the fourth-biggest U.S. bank, with $1.82 trillion of assets at the end of June, down from $2.2 trillion when Citigroup last held an “Investor & Analyst Day,” in May 2008. In the meantime, the bank has sold and closed businesses around the world.

Earlier this month Chief Executive Officer Mike Corbat said he would use the revived conference to “go into a lot more detail” on how Citigroup will reach his goal of producing profits in 2019 that amount to 10 percent of Citigroup’s tangible common equity.

Citigroup’s return on tangible common equity was 8.2 percent during the first half of this year, compared with 14 percent at JPMorgan Chase & Co. That metric shows how much profit a bank generated from shareholder money. Analysts generally like to see minimum returns of 10 percent.

Corbat had intended to hit that level in 2015, two years after he first set a 10 percent goal publicly. But he failed after the Fed found fault with Citigroup’s capital planning and required it to build more of a cushion against losses.

The Fed on June 28 permitted Citigroup to go ahead with a plan to buy back $15.6 billion of stock and pay $3.3 billion in dividends over the next 12 months. The payouts, Corbat noted earlier this month, amount to about 130 percent of net income analysts expect from Citigroup in the next 12 months.

Analysts and investors say such capital returns will move Corbat as much as half way toward his target, assuming big payouts continue.

What investors question is whether Corbat can produce enough profit from Citigroup’s remaining business to reach 10 percent of the reduced capital base, much less the 14 percent that Corbat has said is ultimately attainable.

“Investors want to see additional drivers” of revenue beyond capital returns, said Michael Cronin, an analyst with Standard Life Investments who was traveling from Boston to the conference.

Cronin also wants to hear about expense cuts and how much Citigroup expects to spend in 2018 and 2019. “Revenue growth is harder to control” than expenses, said Cronin, whose firm manages $350 billion of assets.

Investors seldom hear from those executives, much less at the same time and in the context of corporate strategy.

Corbat speaks publicly every quarter, and sometimes more often. Chief Financial Officer John Gerspach speaks at least twice every quarter. Corbat’s last major presentation of his strategy for all of Citigroup was in March 2013, when he first set the 10 percent return target.