Fighting for Free Speech in the Age of Trump and Twitter 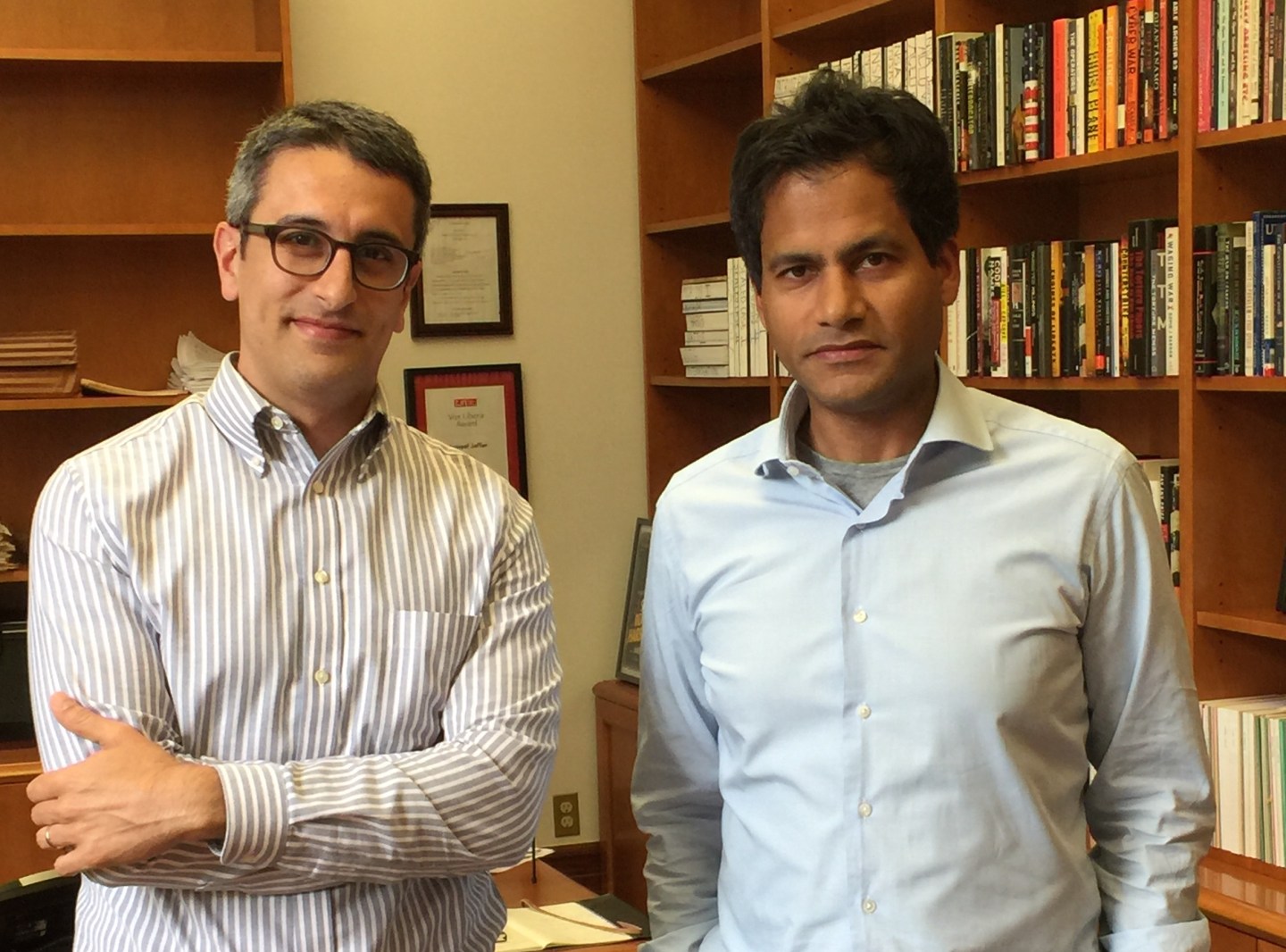 When Donald Trump began to block a growing number of Americans from seeing his tweets, the Knight First Amendment Institute shot back. The organization warned the President in June that the Twitter account is a public forum, and that excluding citizens (novelist Stephen King is among those blocked) violates the Constitution.

The argument is novel and not every legal scholar thinks it will succeed. But whatever the outcome, the dispute over Trump’s tweets reflects how free speech fights are changing in the digital age. Today, many of the legal battles turn on technology, surveillance and who should control powerful communications platforms, like Facebook and Twitter.

Fortune spoke to the Knight Institute’s first director, Jameel Jaffer, and staff attorney, Alex Abdo, to learn more about free speech flash points—and how they intend to stand up for the First Amendment in the time of Trump.

Jaffer is an affable, ardent 40-something with a sparkling legal resume: Harvard Law Review, clerk to the Chief Justice of Canada and, most recently, deputy legal director of the ACLU. Now, he has the biggest job of his life leading the Knight Institute.

The goal of the center, which opened this year as a $60 million joint initiative of the Knight Foundation and Columbia University, is to defend free speech through research, lawsuits and education. It will pay close attention to technology.

“New technology has transformed the landscape. A lot what used to take place in the public square now takes place on proprietary networks,” Jaffer says, pointing to the influence of Facebook and other social media companies on politics.

Today, these companies have more influence than traditional news outlets. Yet they are less willing to take up the torch when it comes to fighting for the First Amendment in court. Unlike the newspapers that fought—and won—many landmark First Amendment cases at the Supreme Court in the 1970s and 80s, tech firms are absent from many big free speech fights.

What’s more, Jaffer worries the likes of Twitter and Facebook possess too much power over what people can hear and say in the first place. And when it comes to challenging them, it’s an uphill legal fight since they are private companies, which are not subject to the First Amendment.

“But that doesn’t mean it’s not a free speech issue. It’s probably the most important free speech issue of our age—the power of social media companies over the speech we are allowed to hear,” says Jaffer.

This why controversies like the one over Donald Trump blocking citizens from seeing his tweets are so important. They involve traditional free speech concerns—the President could never block people from seeing a government web site—and new social media technology.

In July, following another social media rant by the President, the Knight Institute’s case that social media is subject to the First Amendment got a little stronger:

My use of social media is not Presidential – it’s MODERN DAY PRESIDENTIAL. Make America Great Again!

This tweet will be inconvenient for those still maintaining that this account, @realDonaldTrump, isn't subject to the First Amendment. https://t.co/pYiNz8Zk3K

Speech in the age of Surveillance

While social media companies’ control over public discourse is a major threat to free speech, it’s hardly the Institute’s only concern. Another worry is creeping surveillance technology and the government’s ability to obtain enormous amounts of information—including our location— right from the devices in our pockets.

Jaffer fears that increased ability of governments to spy produces a chilling effect. If people know their phones can be tracked, or their contents seized and extracted, they may be less willing to speak freely or criticize the government.

Meanwhile, even as the government expands its surveillance powers, it is getting more adapt at using laws to silence journalism and cover up its own activities.

According to Abdo, the staff attorney at the Knight Institute, the Justice Department has been particularly aggressive in invoking the Espionage Age to threaten reporters. In doing so, he says, it is using unproven legal theories to undermine the ability of journalists to talk to sources and conduct important reporting.

“No court has decided how broadly that statute reaches or if it reaches as broadly as the government says it does, and if it violates the First Amendment,” says Abdo.

In response, the Knight Amendment intends to advance the legal cause of whistleblowers. Specifically, Abdo says it will make a case that the First Amendment offers a shield for journalists and others who reveal information in the public interest.

Jaffer adds that the Institute will also focus on so-called “structural litigation,” which aims to reform government practices that stymie free speech and access to documents.

One such example is the growing number of current and former government workers who are subject to security clearance, which bars them from speaking without prior permission. The restraints may be sensible in the context of sensitive intelligence or military operations. But today more than 5 million Americans—many of whom possess little in the way of classified information—are subject to this censorship.

“It’s the largest system of prior restraints still in place in the United States. We think it’s unconstitutional,” says Jaffer.