Noosa Yoghurt Is Diving Into This Hot New Yogurt Trend 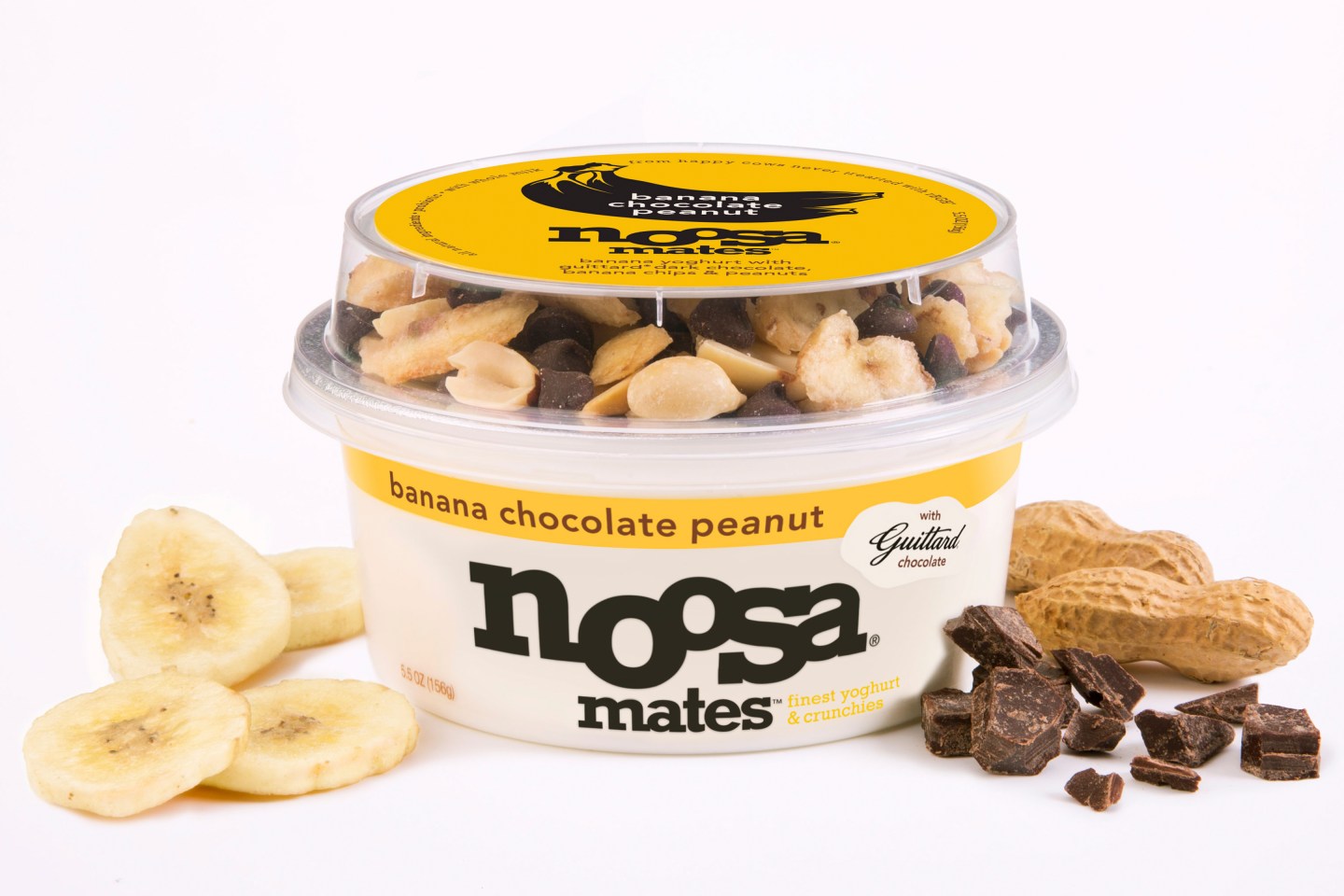 Noosa Yoghurt became a hot-selling yogurt brand with the contrarian view that full-fat yogurts can be healthy for consumers. The Colorado company’s next innovation is less about disruption. This time, it is gladly following the industry’s lead.

This summer, Noosa—which is backed by private-equity firm Advent International—will debut a new line of mix-in style yogurt called “Noosa Mates,” which pair whole milk yogurt with toppings like granola, roasted nuts, pretzels, and chocolate. It is an innovation that has already been popularized by larger rivals including Chobani and General Mills’ (GIS) Yoplait brand, among others. Noosa intends to first launch Mates in Kroger (KR) and Target (TGT), with an intended roll out to Whole Foods (WFM) later in the summer.

“We feel really confident that it doesn’t matter that we aren’t first to market,” said Koel Thomae, co-founder of Noosa, in an interview with Fortune. “Noosa always does come to market in a unique and thoughtful way.”

Broadly, yogurt makers are trying to hunt for the next wave of growth after benefiting for years from the health halo that occurred as Chobani’s Greek-style yogurts became massive hits. Styles from other regions, including Noosa’s ties to Australia and Siggi’s from Iceland, also helped propel the category to new heights. Newer trends have included drinkable yogurts and mix-ins.

In 2000, yogurt was present, on average, in 1% of all meals consumed throughout the day. By 2012, it got up to 3%—but that metric hasn’t budged since. “To find growth, they need to find new uses,” says NPD Group food and beverage industry analyst Darren Seifer.

Noosa’s mix-ins are a way the company can compete beyond breakfast, the portion of the day when most of Noosa’s current portfolio is consumed. New flavor concoctions like honey-cranberry-almond and coconut-almond-chocolate are meant to inspire American consumers to think about eating a yogurt later in the day. “When you look at some of the flavor profiles we are launching, it lends itself more to a dessert or snack,” says Thomae.

Thomae explained she had some “anxiety” as Noosa tinkered with the idea of pursuing the mix-in trend. “I thought, ‘Oh my god, are we too late?'” she said rhetorically. “But we are [going to] benefit from the overall interest and growth in the category. And we stayed focused on making bloody delicious yogurt with whole milk.”

For Noosa, this line of innovation could be a potentially lucrative sales driver if it takes off with consumers. Chobani has found major success with the company’s Flip line, which also combines yogurt with a pouch of sugary extras like honey-covered nuts that you can “flip” into the yogurt. Chobani Flip has grown to become a $350 million business. Noosa’s overall sales, meanwhile, hit $170 million last year.