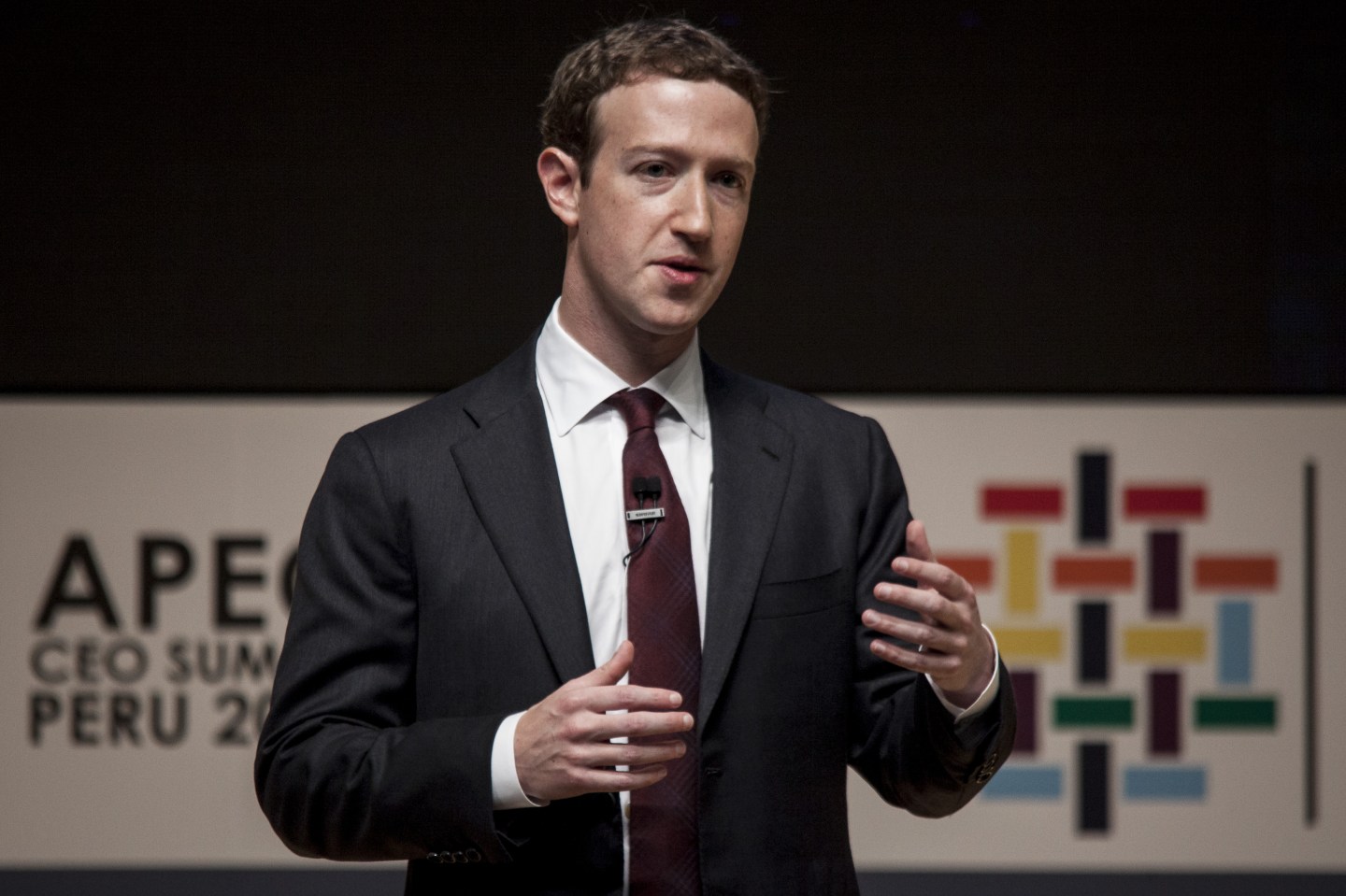 Facebook may be the world’s largest social media platform, but there is one significant place where it still falls short: video. YouTube still holds the record in that category, with more than 1 billion hours of video watched every day—about 10 times what Facebook generates.

The giant social network didn’t get where it is by settling for second place in any market, however, and that has meant an unprecedented push by CEO Mark Zuckerberg into video in all forms.

The strategy began with a focus on streaming via Facebook Live, which launched last year, a feature that was aimed originally at celebrities and then expanded to include paying for live-streamed content from traditional media entities like the New York Times.

There have been reports for some time that Ricky Van Veen—the CollegeHumor co-founder Facebook hired last year—was looking to sign deals with a wide range of media companies, TV networks, and individual artists for anything video related.

On Wednesday, some details of those arrangements finally came to light, when Reuters reported that the company has committed to buy or license both short-form and longer-form video programming from a number of players—including BuzzFeed, Vox Media, ATTN, and Group Nine Media, a New York-based outfit that owns short-form video producer NowThis.

Just as it did with its live-streaming efforts, Facebook has shown it is willing to pay up for the video it is getting from its various partners. According to Reuters, the company is going to pay between $10,000 and $35,000 for videos that run five to 10 minutes long, and as much as $250,000 for any video that is 20 to 30 minutes long. The latter will be owned by Facebook, the wire service says, while the creators of shorter clips will retain all the associated ownership rights.

Judging by the description, the shorter videos Facebook has in mind will be very much like the content that providers like ATTN, NowThis, and BuzzFeed—with its popular Tasty cooking clips—already create for the social network.

The longer videos are a different beast, however, and they mark a distinct change in Facebook’s strategy. Instead of just being ad hoc clips of something newsworthy or funny designed to get clicks, the social network appears to have its sights set on what are called “scripted” shows, which is much more like what YouTube and others do.

YouTube has always carried episodic shows and scripted content, but it made a significant push into this as a business with the launch of a subscription service called YouTube Red in 2015.

More recently, the Google subsidiary made a major move into commissioning content with the announcement earlier this month that it is launching more than 40 TV-style shows on the platform, including some homegrown YouTube stars, as well as traditional Hollywood celebrities such as talk show host Ellen DeGeneres and comedian Kevin Hart.

Meanwhile, Snap—which has been trying to justify its $20-billion market cap ever since it went public in March—has also been signing up a variety of players to create shows for its Snapchat video messaging app. Partners in that effort include late-night TV host James Corden and NBCUniversal.

Zuckerberg has said that he sees longer-form, scripted content as an “anchor” for a new video tab on the site, and that this will be a destination for those looking for video to watch. In other words, exactly the same position that YouTube currently occupies for many younger users of the web.

As with Snapchat, however, the multi-billion-dollar unanswered question is: Do people really want to watch longer-form, TV-style content on Facebook?

In much the same way that Snap is (and Twitter as well), Facebook seems to be moving towards video not because users want it, but because video is the place where it can get the most money from advertisers. Engagement levels are higher with video, meaning people tend to spend more time with them, and therefore they are seen as being more valuable.

As the traditional TV universe continues to fragment and disintegrate due to cord-cutting and other forces, Facebook and others like Snap see the potential shift of billions of dollars in TV ads, and they very much want to be the place where that money lands.

Among the hurdles that remain: First, coming up with content worth watching. Second, proving to advertisers that social views are as valuable as TV views. For the purposes of advertising, Facebook counts as a view anything that lasts longer than three seconds.

The comparison between social media and TV has been a bone of contention for some time in TV land, with a number of traditional networks arguing in their recent “Upfront” presentations that TV is worth more because it reaches real people. “Has a ‘like’ ever walked into your store, purchased your product or drove a car out of the dealership?” asked NBC’s Linda Yaccarino.

In Facebook’s case, the issue is complicated by the fact that the social network has repeatedly had to admit errors in its audience-measurement analytics, including over-estimating video views for more than two years.