Forget About the Internet, Network Execs Say—TV Is Still Where It’s At 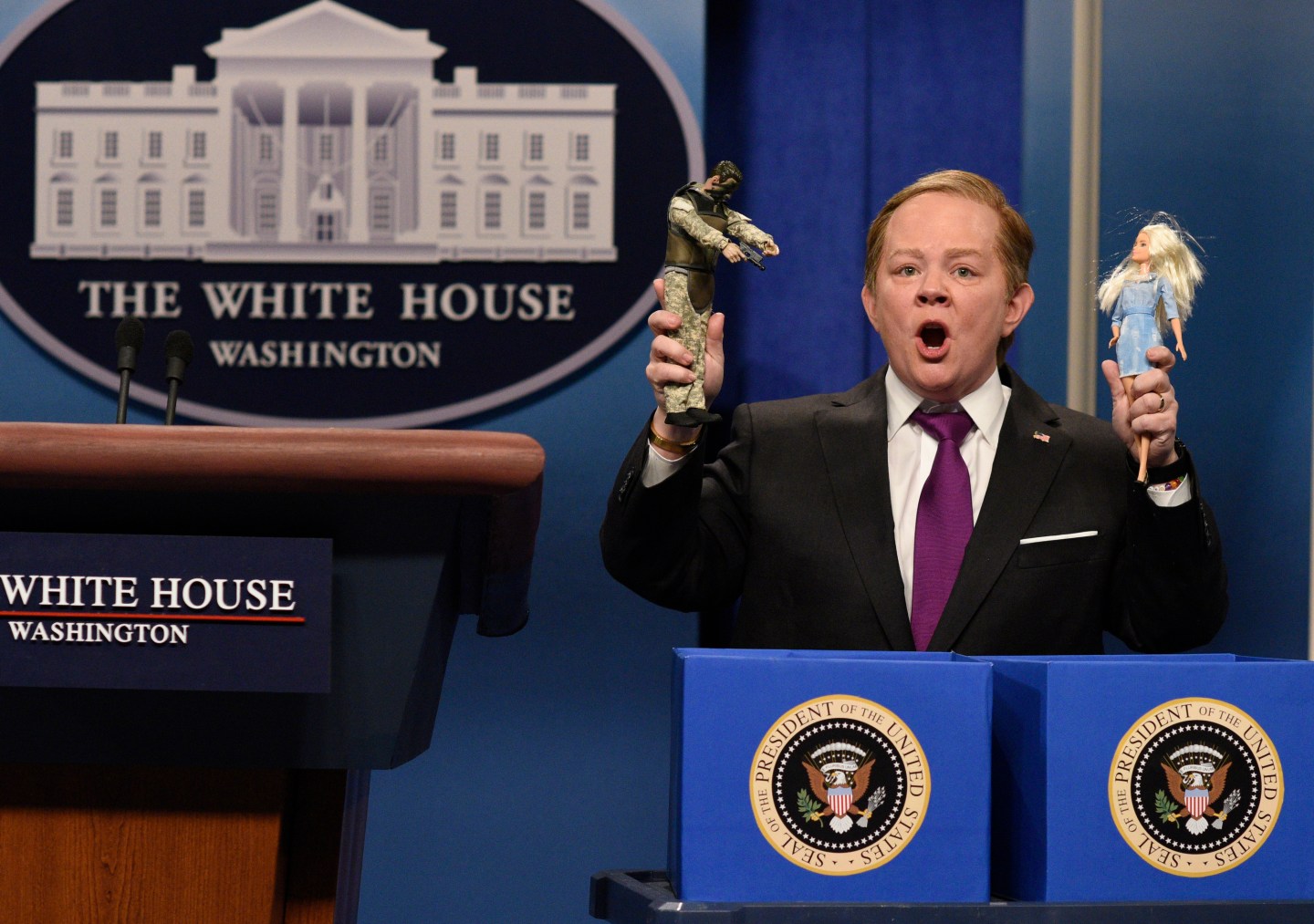 This week marks the start of an annual TV industry ritual known as the “Upfronts.” It’s called that because it’s the time of year when networks pitch new shows in an attempt to get advertisers to give them money up front, by committing to ad contracts.

In practice, this consists of a lot of wining and dining of advertisers and their representatives, and a lot of singing and dancing and promotional hoo-ha about shows, many of which will likely never even see the light of day, or will be cancelled after two episodes.

Despite this, however, everyone still takes part, because the fate of a multibillion-dollar industry rests on all that smoke and mirrors.

Meanwhile, pressure on traditional broadcasters from cord-cutting and disappearing millennial viewers continues to increase, not to mention competition from massive digital players such as Google, Netflix, Amazon and Facebook, each of which wants to be the future of TV.

With that as a backdrop, the message from TV networks this year boils down to: “Forget about the Internet! TV is still what matters.”

NBCUniversal, which (like most of its TV brethren) is pitching a lineup of new shows and reboots of old shows like Will & Grace, explicitly tried to ding its digital competitors on Monday, with the tagline: “TV sells your product because it reaches real people.”

Linda Yaccarino, the head of advertising at NBC, pushed this benefit during her presentation, asking the audience of assembled ad executives: “What the hell is a view any way? Has a ‘like’ ever walked into your store, purchased your product or drove a car out of the dealership?”

Yaccarino and other traditional TV executives also get up in arms when digital players like Facebook compare the number of views that their streams or live-video events get to a television show, because they say the two are apples and oranges.

Facebook chief operating officer Sheryl Sandberg has talked about how the social network gets “a Super Bowl every day on mobile.” But TV execs point out that a Facebook view is anything longer than three seconds, whereas the Super Bowl is watched by hundreds of millions for hours at a time.

Fox advertising head Joe Marchese made a point of drawing these kinds of comparisons in his Upfront presentation, which included slides noting that the network had several times more minutes of total viewing than Google and Facebook put together.

TV has its own measurement problems, however, which has led many insiders to question the numbers they get from viewership and ratings agencies such as Nielsen.

In addition, no matter how much bravado the traditional TV industry indulges in at the Upfronts, the reality is that ratings for network shows have been falling across the board, and that is unlikely to stop. The peak viewership numbers of even a few years ago are just a memory.

According to statistics from entertainment news site Vulture, only one network TV show managed to increase its viewership in the under-50 age group this season, and that was The Bachelor. Everything else shrank, in many cases by double digits.

“This year, 27 returning series suffered what we’d define as serious decline — a ratings loss of 25 percent or larger,” Vulture said. That’s up from 16 last season.

This isn’t a one-year phenomenon either. The same trend has been seen for the last four years, as younger viewers give up having a cable subscription (or never even sign up for one) and get a lot of their TV-style consumption through streaming services like Netflix, Hulu, and YouTube.

NBC's upfront theme this year is basically "make it 1997 again through science or magic" pic.twitter.com/PRO1luZX81

According to Pivotal Research analyst Brian Wieser, traditional TV viewing among the 18-49 age group was down 5% in April compared to a year earlier, and the number of TV commercials seen by that age group fell more than 8% year over year.

Despite the obvious trends at work, many advertisers appear to be sticking with traditional TV for now. It’s something the industry knows well, and that goes a long way when you’re trying to justify a million-dollar ad budget.

Digital also brings with it a number of its own question marks, and measurement is only one of them. Google and Facebook have both had problems recently with advertising showing up next to objectionable content. YouTube in particular suffered a boycott by a number of major advertisers who complained their systems were ineffective.

TV, may have its own problems, but at least it is easily understandable. As Wieser put it in a research note for Pivotal clients:

“We continue to believe in our maxim that television is the worst form of advertising except for all those others which have been tried, at least for those advertisers focused on awareness-based media goals.”

At the same time, as Joe Adalian points out at Vulture, network TV appears to have come to the realization that advertising alone isn’t enough—and likely will never be enough—to support a TV show, unless it’s a blockbuster hit. So they have been looking elsewhere for revenue, and not paying quite as much attention to ratings as they used to.

In particular, traditional TV companies are looking towards streaming services like Netflix, YouTube TV and Amazon Prime Video to license their shows, which provides additional cash.

“The path to profitability now comes through a combination of revenue streams,” Adalian writes at Vulture. “Rather than waiting four or five years to put reruns of shows on cable networks, networks now cut deals with Netflix, Hulu, or Amazon to stream shows immediately after the first season.”

It’s not clear whether those deals are merely a stop-gap effort for traditional networks, however. And meanwhile, the overall trend for TV viewership continues its inexorable march downwards.