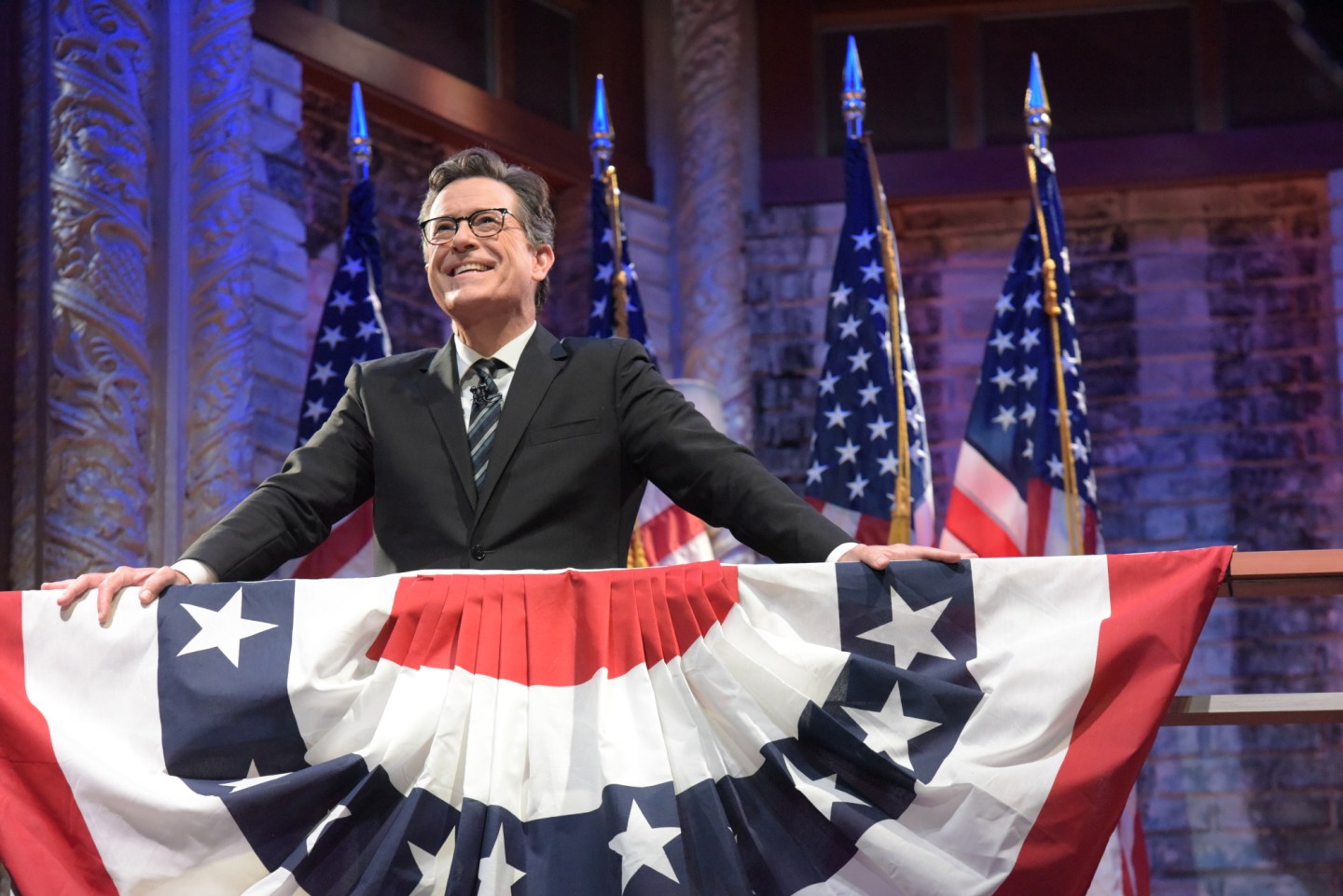 The final tally is in, and late night television officially has a new ratings king.

CBS and The Late Show with Stephen Colbert have a lot to celebrate after the comedian’s talk show finished the latest television season averaging the highest number of total viewers, dethroning rival Jimmy Fallon and NBC’s The Tonight Show for the first time, according to Nielsen results announced this week.

The Late Show is set to finish the 2016-2017 television season, which started in September and ends this week, averaging 3.19 million nightly viewers in Colbert’s second season on the program versus Fallon’s nightly average of 3.17 million total viewers. (ABC’s Jimmy Kimmel will finish in third place with nearly 2.2 million nightly viewers.)

Colbert’s ratings win may have seemed like a foregone conclusion after a season in which the political comedian handed Fallon’s Tonight Show consistent weekly ratings upsets only a year after The Late Show regularly finished behind its NBC rival in Colbert’s debut season. The former host of Comedy Central’s Colbert Report saw his ratings surge during a second season in which Colbert doubled-down on his political comedy background and regularly attacked Donald Trump before and after the new president’s inauguration. (One particularly crude recent joke about Trump and Russian leader Vladimir Putin led to a brief FCC investigation, but regulators said this week they will not take any action against The Late Show.)

Of course, Colbert’s ratings win also comes with a very important asterisk. While The Late Show topped Fallon’s Tonight Show in total nightly viewers, Fallon once again easily won the ratings race in the younger demographic (viewers aged 18 to 49) that advertisers covet the most.

Fallon’s ratings in the group were roughly 40% better than Colbert’s, suggesting that NBC should not be too worried about its place in the late-night TV pecking order. In fact, those results more or less mirror the respective networks’ overall ratings for the current TV season, in which CBS again finished as the most-watched network overall (for the ninth consecutive season) while NBC finished first in the 18-49 demo.

In the end, though, Colbert’s extremely narrow margin of victory (only about 22,000 nightly viewers more than Fallon) and NBC’s success with younger viewers should not overshadow the fact that The Late Show‘s total viewership jumped by 11% from Colbert’s first season to his second, while Fallon’s dipped 15%.

Colbert led The Late Show to its first season-long ratings win over The Tonight Show since 2010, when Jay Leno returned to his late-night role at NBC after Conan O’Brien’s brief Tonight Show run. Aside from that atypical season, CBS had not topped NBC in the late-night wars since 1995.

This has been an historic season for Colbert, who had his share of doubters after his first season replacing David Letterman at CBS. The comedian seems to have found his groove, but the next order of business for Colbert is to prove his success is more than just a temporary anti-Trump bump.