So far, Colbert is losing late-night ratings war to Fallon 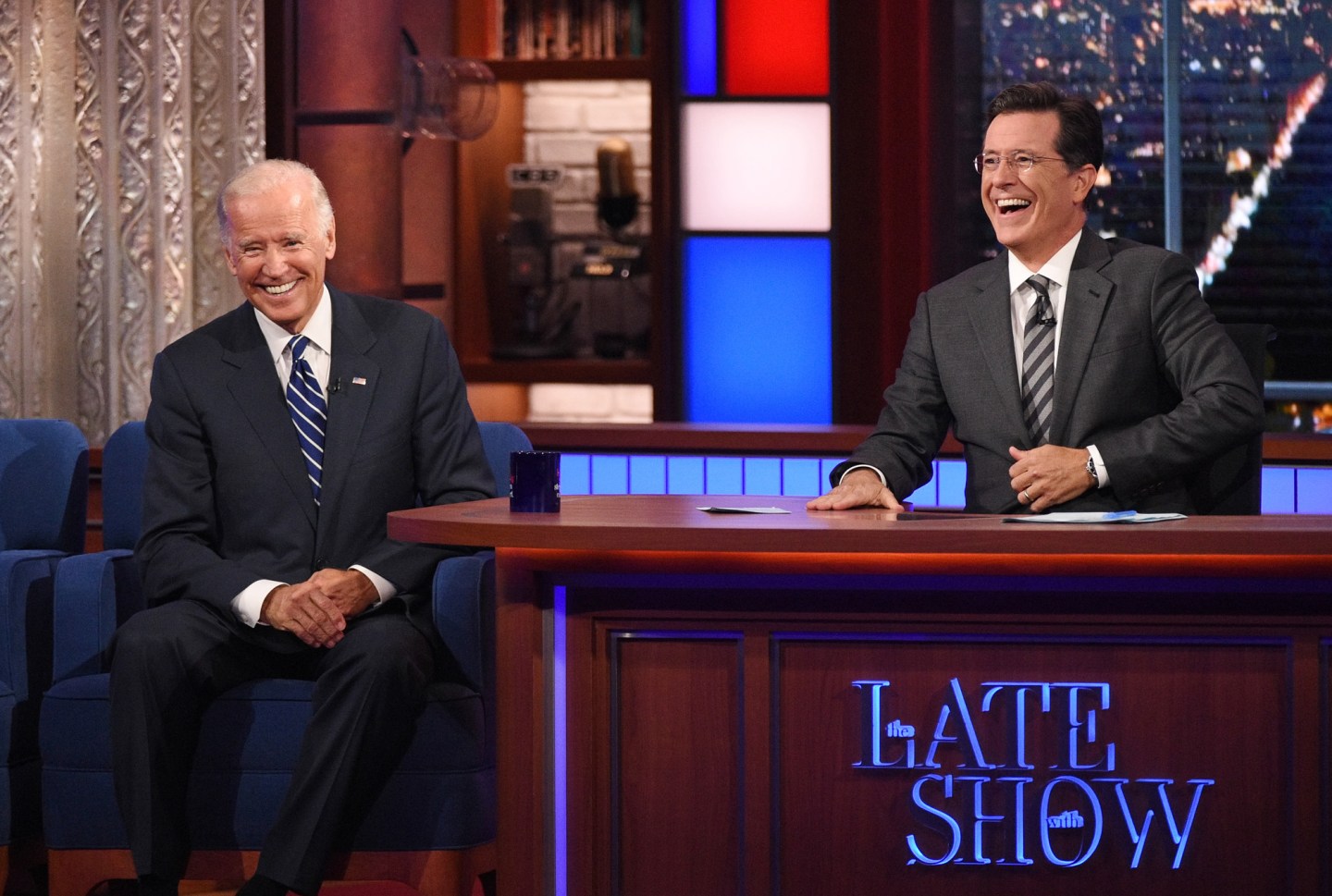 Stephen Colbert was the undisputed late-night talk show ratings king last week . . . for one night. The rest of the week, NBC’s Jimmy Fallon proved that the new host of CBS’s (CBS) “The Late Show” still has plenty of ground to make up in the latest installment of TV’s late-night wars.

Colbert’s new show debuted last Tuesday night with a premiere that featured actor George Clooney and Republican presidential candidate Jeb Bush as guests, garnering ratings that crushed the late-night competition. Colbert’s first show attracted 6.5 million viewers, according to ratings service Nielsen. That was more than double the viewership for Fallon’s second-place “The Tonight Show” on NBC (CMCSA) and more than triple the number of people who tuned in to watch ABC (DIS) and Jimmy Kimmel that night.

Past Tuesday, though, Fallon’s “Tonight Show” reclaimed the late-night dominance it’s shown for more than a year with the comedian at the helm. Nielsen’s numbers show that Fallon averaged 4.3 million viewers per night Wednesday through Friday, while Colbert averaged 3.7 million viewers on those days and Kimmel pulled in 2 million sets of eyeballs per night. The last night of last week was Fallon’s biggest, with the host welcoming firebrand billionaire and Republican presidential frontrunner Donald Trump to the tune of 4.5 million viewers.

To be sure, it’s difficult to read too much into his first week on the job. But what is clear is while the host no longer plays the ultra-conservative blowhard as he did on the popular Comedy Central show, “The Colbert Report,” he still favor booking guests outside traditional Hollywood circles. In Colbert has already welcomed tech titans such as Apple (AAPL) CEO Tim Cook, Tesla Motors (TSLA) CEO Elon Musk, and Uber CEO Travis Kalanick, as well as United Nations Secretary-General Ban Ki-moon and U.S. Supreme Court Justice Stephen Breyer.

Colbert has earned a lot of praise for arming his show with more serious fare, and harder-hitting questions, than what is normal fare on late-night talk shows. Last week, on the night before Fallon lobbed softballs at The Donald, Colbert’s show featured a heartfelt conversation with Vice President Joe Biden on family, loss and how those factors may affect political ambition. It will be interesting to see what type of conversations Colbert will look to have with Trump — a media supernova who has been boosting ratings for months — when he visits “The Late Show” later this month.

His predecessor, David Letterman, was always thought of as the intellectual comedic option over the more populist Jay Leno, whose mantle Fallon has eagerly inherited. Variety recently pointed out how the Colbert-Fallon dynamic is starting mimic that of Leno-Letterman, which would suggest that, like Leno before him, Fallon is the more steady TV ratings winner while Colbert, like Letterman, earns more respect from TV critics and comedians.

Of course, it really is still too early to tell how the various late-night hosts, and their rivalries, may evolve. Already, it seems that Fallon-Colbert is a less contentious rivalry than Leno-Letterman, with Fallon making two friendly cameos on Colbert’s premiere last week.

But, how the current late-night wars shake out is certainly of interest to advertising buyers and to the companies that own the broadcast networks selling ad space. The proliferation of cord-cutters and streaming content has cast doubt over the future of the television industry in general, but ad spending on network late-night talk shows still jumped 14% last year, to nearly $600 million, according to Kantar Media.

When it comes to competing for ratings and ad dollars, Brad Adgate, senior vice president of research for ad firm Horizon Media, told Fortune that he sees Fallon as the easy pick to lead the pack. “There’ll be a rivalry, but it will be with viewers and it will be online,” Adgate said. “And, at this stage, I think Fallon is well entrenched in both.”

Adgate admits that Colbert is “going to offer something different” in terms of the show’s tone and he will likely score the occasional viral hit online — more so than Letterman, who essentially took a pass on packaging content for the web — but, it will likely, ultimately, be a race for runner-up. “I think the battle will be for second-place between Colbert and Kimmel,” Adgate said.