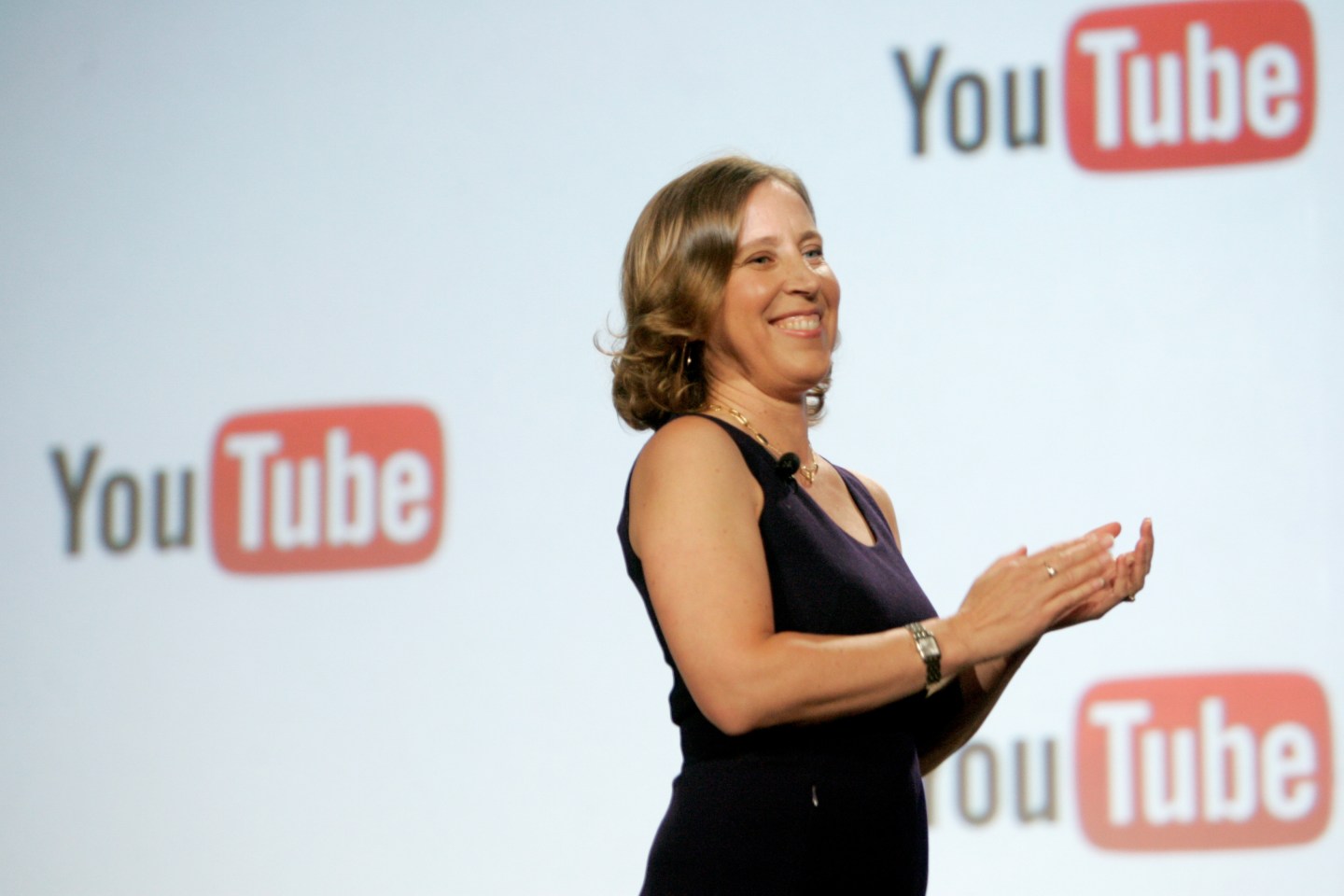 In one of the biggest changes in digital media, companies are racing to reinvent television so they can get access to the billions of dollars in TV advertising. And Google has made it clear that YouTube intends to be a major factor in that race.

YouTube has made a number of changes aimed at beefing up the professional side of its video lineup including the launch of a subscription service called YouTube Red. On Thursday, it unveiled another major step—one that will bring it into even more direct conflict with Facebook and Amazon, both of which also have their sights set on dominating the future of TV.

YouTube announced at an event for advertisers in New York that it is premiering 40 new TV-style shows, many of which will feature not the usual homegrown talents that live on YouTube, but actual celebrities from traditional TV and Hollywood movies.

The initial slate of seven shows will include unscripted material from actors, talk-show hosts, musicians, and comedians such as Ellen DeGeneres, Katy Perry, Demi Lovato, Ludacris, and Kevin Hart. Other shows will be fronted by YouTube stars including The Slow-Mo Guys, who specialize in filming things that are being blown up at super-slow-motion speeds.

YouTube CEO Susan Wojcicki made a point of saying the new shows—all of which will be supported by advertising, rather than a subscription paywall like YouTube Red—shouldn’t be taken as a sign that the service is turning its back on its user-generated past.

“YouTube is not TV and we never will be,” Wojcicki said. “The platform that you all helped create represents something bigger.” But it’s clear that YouTube intends to be much more than just a platform for unknowns to make their mark with wisecracks or ad-hoc skits. It very much wants to be a conduit for more traditional fare as well.

The introduction of this new stable of shows means that YouTube is effectively taking three different routes towards getting more serious about TV, including Red—which carries content from YouTube stars such as PewDiePie and the Fine brothers—and YouTube TV, which debuted earlier this year and offers a cable-style package of traditional channels such as ESPN, NBC, and Fox.

Facebook has also made a number of moves towards getting more serious about TV, including steps that appear to be moving it away from the short-form, user-generated content that is popular on Facebook Live, and more toward longer-form, more traditional fare.

Last year, the giant social network hired Ricky Van Veen, one of the co-founders of the video site CollegeHumor, and assigned him to license or fund the creation of what sounds a lot like TV-style entertainment content, including comedy shows. Facebook is also said to be hiring a Hollywood producer.

Some of this is going to bring both YouTube and Facebook into conflict with Netflix, which has been spending billions to license TV shows, movies and other content such as comedy shows and reality TV. According to some industry watchers, the price of this kind of entertainment has been climbing because Netflix has such deep pockets and is willing to pay.

And then there’s Amazon. The online-retailing giant has pockets that are at least as deep as those at Facebook and Netflix, and it has shown signs of wanting to aggressively move into the market.

Twitter wants to be a player in TV-style content too—it recently announced a number of deals to stream sporting events from the WNBA and the NHL, as well as custom content from Bloomberg and Vox Media. But its ability to compete with players like Facebook and Amazon is hampered by its relatively small size and limited financial resources.

Amazon recently outbid Twitter for the rights to stream Thursday night NFL games, by paying five times as much as Twitter did last year. The company has also outbid Netflix and other players for the rights to movie and TV offerings at leading industry events like Sundance, and it recently expanded Amazon Prime Video into more than 200 countries, which puts it head-to-head with Netflix.

One strength Amazon has is that it already operates an existing subscription service, Amazon Prime, that generates a significant amount of revenue for the company without video. Even if the TV shows and movies it licenses or produces don’t get huge ratings, if they help convince more people to sign up for a Prime subscription, then Amazon wins.

Facebook and Google, however, are theoretically more reliant on the advertising revenue that they would be able to generate from their video shows, although they both obviously have giant businesses that spin off huge amounts of cash. It will be interesting to see who gains the upper hand as the world of digital TV continues to evolve.