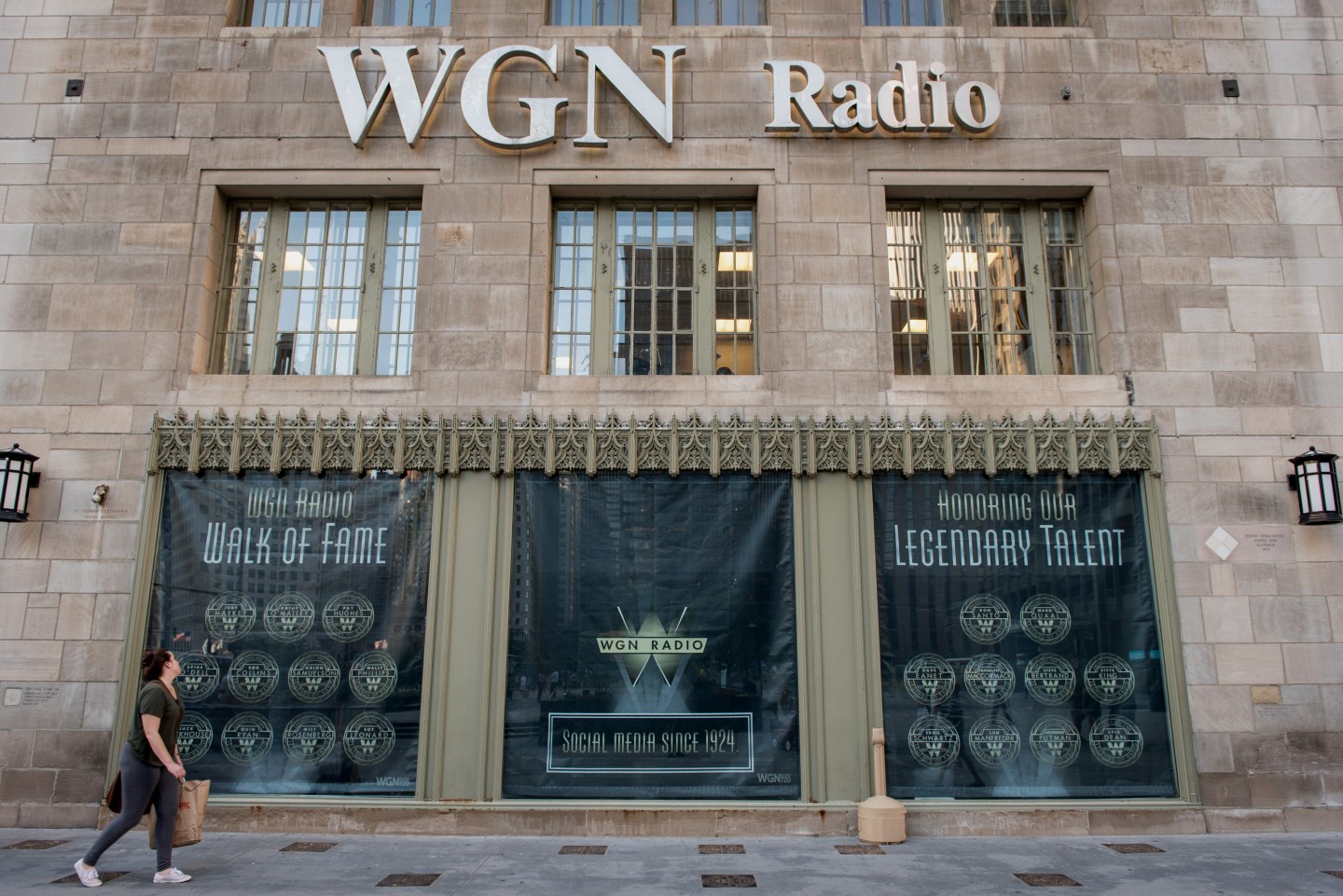 A woman walks past a WGN Radio window display on the side of Tribune Tower in Chicago, Illinois, U.S., on Friday, Aug. 7, 2015. Tribune Media Co. is scheduled to report second-quarter earnings results before the opening of U.S. financial markets on August 13. Photographer: Christopher Dilts/Bloomberg via Getty Images
Christopher Dilts/Bloomberg via Getty Images

Sinclair Broadcast Group (SBGI) is nearing a deal to acquire Tribune Media for close to $4 billion after prevailing in an auction for one of the largest U.S. television station operators, according to people familiar with the matter.

A potential deal for Tribune, first reported by Reuters, could come as soon as Monday, just weeks after the U.S. Federal Communications Commission voted to reverse a 2016 decision that limits the number of television stations some broadcasters can buy.

FCC Chairman Ajit Pai, named by President Donald Trump in January, is planning to take a new look at the current overall limit on companies owning stations serving no more than 39% of U.S. television households.

Still, a combined Tribune and Sinclair could surpass this cap and face some regulatory challenges which could result in divestitures, analysts said.

The combination of Sinclair and Tribune would be a competitive blow to Fox because the added scale would give Sinclair more leverage in negotiations to carry Twenty-First Century Fox’s (FOX) local networks. Together the companies would own a large chunk of Fox broadcast affiliates around the country.

Fox never submitted a bid, according to a source familiar with the matter.

Representatives for Fox and Blackstone both declined to comment.

Sinclair’s offer values Tribune Media at around $44 per share, the sources said on Sunday. That would represent a premium of close to 30% of the price of Tribune Media shares on Feb. 28, the day before Reuters broke the news that Sinclair had approached Tribune Media to discuss an acquisition.

Tribune Media shares ended trading on Friday at $40.29, giving it a market capitalization of $3.5 billion.

Negotiations between Sinclair and Tribune Media have not yet been finalized, and there is still a possibility the deal will not be reached, the sources cautioned.

The sources asked not to be identified because the deliberations are confidential. Tribune Media declined to comment. Sinclair did not respond for comment.

Tribune Media has 42 owned or operated broadcast stations, as well as cable network WGN America, Tribune Studios and WGN-Radio. Sinclair, which has a market capitalization of $3.36 billion, owns, operates or provides services to 173 television stations in 81 markets.

Sinclair branched out into cable networks last year when it bought the Tennis Channel for $350 million.

Activist investor Starboard Value LP, led by Jeffrey Smith, cut its stake in March to 4.4% from 6.6%.

Tribune CEO Peter Liguori, who joined Tribune in 2013, stepped down in March and a permanent replacement has not yet been named.