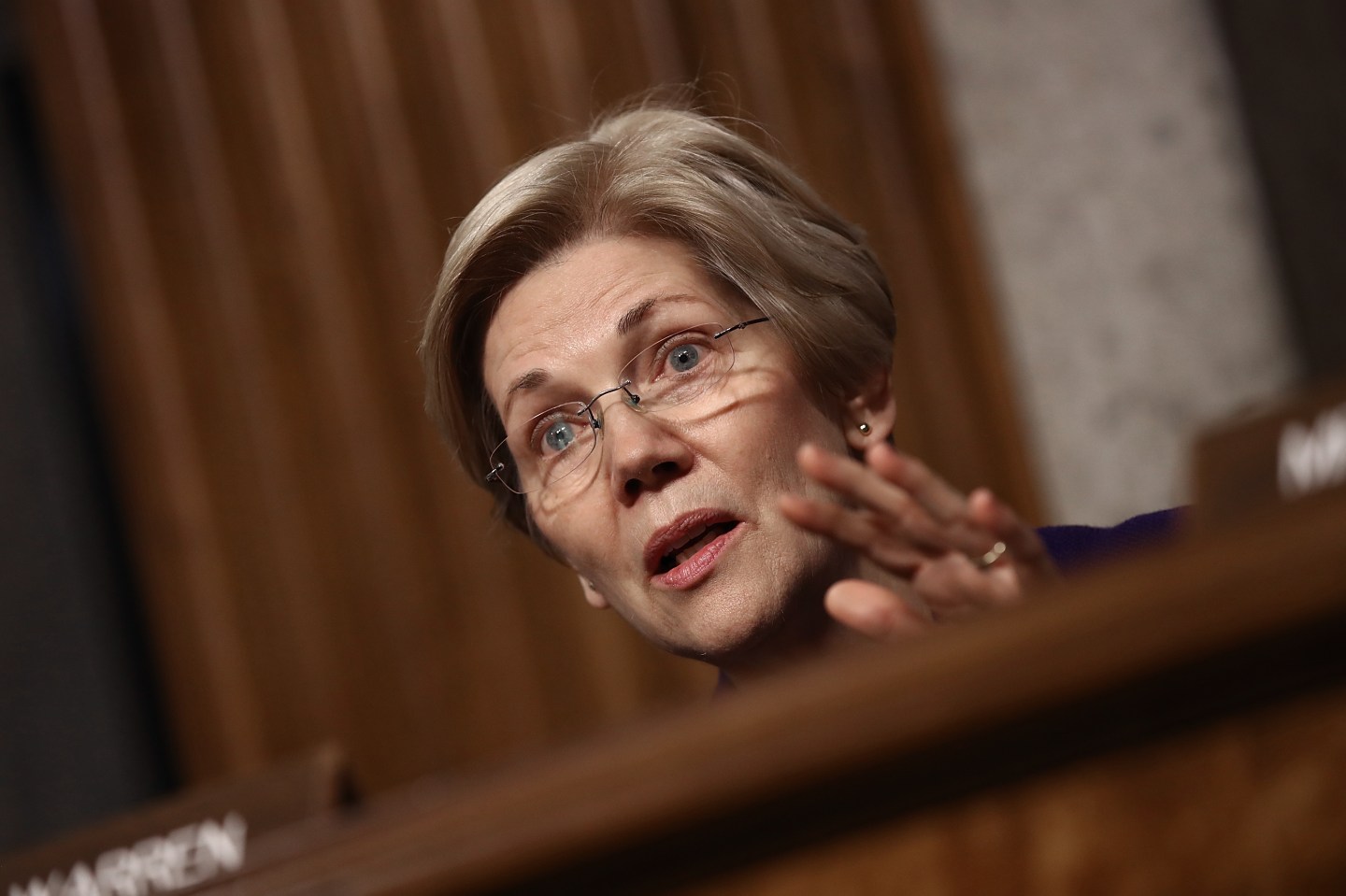 Elizabeth Warren is not pleased former President Barack Obama accepted hundreds of thousands of dollars in exchange for speaking at a Wall Street conference.

“I was troubled by that,” the Massachusetts Senator said on the Sirius XM program Alter Family Politics, of Obama’s decision to reportedly accept a $400,000 speaking fee to appear at a conference sponsored by the Wall Street bank Cantor Fitzgerald in September. The radio show is hosted by Jonathan Alter along with his children Tommy, Molly and Charlotte, who is a reporter for TIME.

Warren railed against the influence of money in the nation’s capitol, and noted that an examination of that dynamic was a big part of her new book, This Fight is Our Fight, which was released earlier this month. “I describe it as a snake that slithers through Washington,” she said, lamenting her belief that money is a driving factor in so many policy decisions.
[youtube=https://www.youtube.com/watch?v=iJ6tFpOk0cw]

“The influence of dollars on this is place is what scares me. I think it ultimately threatens democracy,” Warren said. “We have to think about what the tools are to fight back against it.”