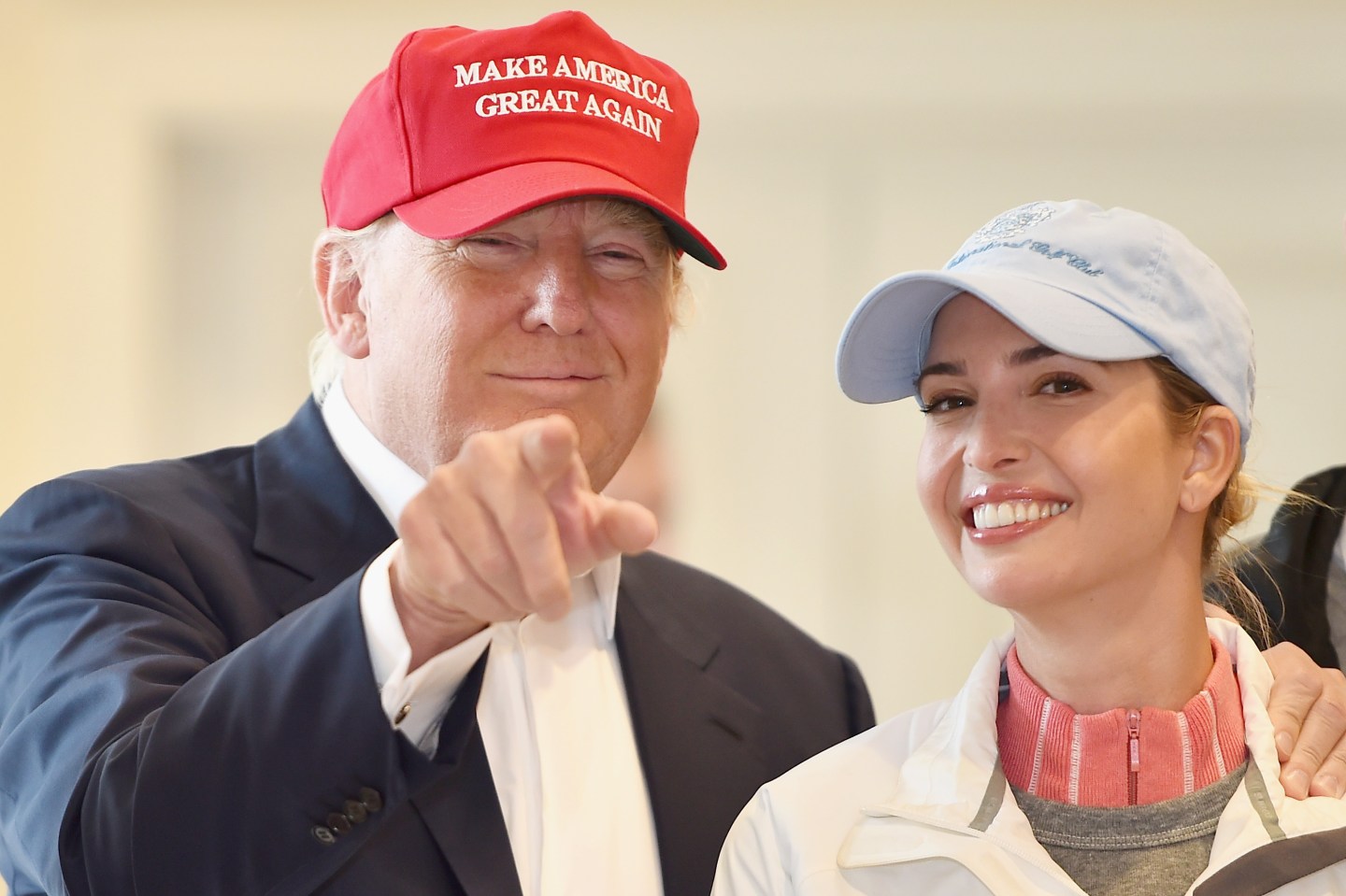 Ivanka Trump may have found herself at the center of controversy over Ivanka HQ, her fashion business that she separated from before moving to the nation’s capitol. However, the company’s new president, Abigail Klem, is confident the brand will not only succeed, but also stay above the political fray.

“We are really committed to having the brand be separate, even from [Ivanka], so certainly her dad is even more distant from that,” Abigail Klem told Refinery 29 in her first interview since she replaced Ivanka Trump. “We’re committed to doing everything we can to carve an identity for this brand that is about what the brand stands for and the core brand attributes.”

Since President Donald Trump was inaugurated, several retailers, including Nordstrom and Neiman Marcus, have stopped selling the brand (a move that caused the President to blast Nordstrom’s decision in a tweet on Feb. 8). But Klem said sales are strong.

“Since the beginning of February, they were some of the best performing weeks in the history of the brand,” Klem told Refinery 29. “For several different retailers Ivanka Trump was a top performer online, and in some of the categories it was the [brand’s] best performance ever.”

Klem added: “I think, one, a lot of people support Ivanka, even across both political parties. And then I think a lot of other people feel like, Oh, I didn’t know Ivanka had a shoe line. Oh, I didn’t know she had a handbag line. And they’re buying it.”

According to Refinery 29, Klem is a registered Democrat who attended a Planned Parenthood event last week.

Although Klem said she and Ivanka do not speak frequently — part of her effort to implement the transition with “real integrity” — she does say the first daughter, who is designated with incorporating women’s empowerment into the White House’s agenda, feels like she is now “living the mission” of her brand.

“The mission that we set out three-and-a-half years ago was to inspire and empower women to create the lives they want to live, and I feel like [Ivanka is] doing that now,” Klem said.