Apple Is Losing America’s Classrooms to Google and Microsoft 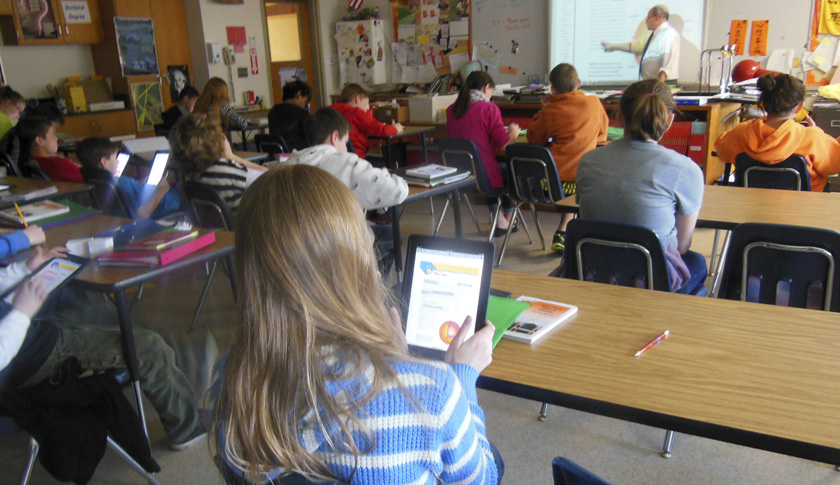 Apple’s status in the education sector has tumbled in recent years.

Apple mobile operating system iOS ended 2016 with a 14% share of new mobile devices used in Kindergarten through 12th grade, down from 26% in 2014, according to new data from research firm Futuresource Consulting. Meanwhile, Apple’s computer-only operating systems OS X and macOS fell to a 5% share in 2016 from 8% two years earlier.

The findings are troubling for Apple considering that the education market is growing rapidly and presents a major opportunity for technology companies because of its size. Apple once had a strong position in schools thanks to its iPad, but its tablet’s high prices appear to be stunting sales.

Futuresource’s data looks at electronics shipped to U.S. schools including mobile devices like notebooks, netbooks, and tablets. But it does not include desktop computers.

Apple, which has emphasized its commitment to the education market for years, acquired LearnSprout, a software company that helps teachers monitor and track student performance, in 2016. It came on the heels of Apple announcing several school-friendly improvements to iOS, including adding the ability for a single device to have multiple user accounts so that students could share it.

But, increasingly, Google has a stronger appeal in schools.

Additionally, Microsoft has improved devices and services for the education market, according to Futuresource. But it’s been unable to stop Google’s rise.

Apple’s biggest problem may be the higher prices for its devices compared to its competition. Some schools said this year that they bought Chromebooks for as little as $120, a huge savings over Apple’s iPads, which cost hundreds of dollars more.

“At the end of the day, I can get three Chromebooks for each of the Mac devices I would have purchased,” Steve Splichal, the superintendent of Eudora Public Schools in Kansas told The New York Times in an interview published on Thursday.