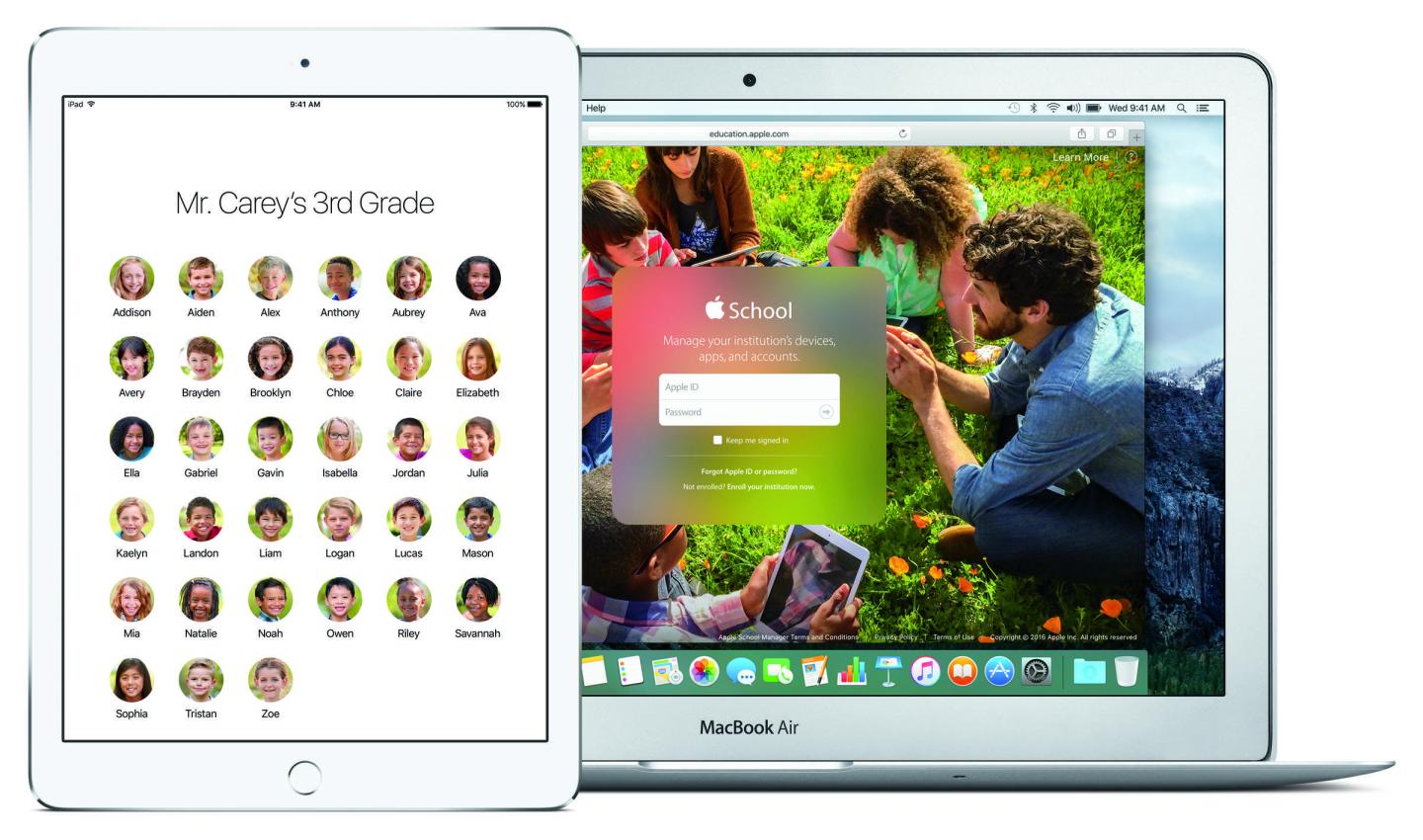 Apple plans to make it easier for students to share iPads by letting them create different accounts on a single device.

The change, announced Monday, is intended to turn iPads used by schools into a more flexible educational tool. Students who log in will be able to see only their own files and apps rather than those of all other classmates who use the device during the day.

Education users will also gain a dedicated “Classroom” app that lets teaches make sure all students are on the correct screen or app rather than goofing off on video games. It also lets teachers get updates about a student’s progress on classwork.

Additionally, Apple announced Apple School Manager, which is aimed at making it easier for schools and administrators to deploy iPads within a school or district. The new tool lets IT staff create Apple IDs for students and faculty in bulk to save time, for example.

From screenshots posted by Apple, it appears the Shared iPad feature will display a photo of each student for his or her user account. Students who tap on the photo will be able to log into their accounts and get access to only the apps tied to them.

According to the preview page, if the student logs into the same iPad regularly, the device will keep local copies of files on the hard drive to speed the login process. When a student logs in using a different iPad, iOS 9.3 will still download the necessary files and apps.

The addition of multi-user accounts has long been a feature iOS devices have lacked. By introducing it to education users first, Apple is competing directly with the likes of Google’s (GOOG) Chromebook laptop, which has seen mass adoption in the education market. Chrome OS, which runs on Chromebooks, provides users with the ability for multiple users to share the same device.

Apple is trying to position its recently introduced iPad Pro as an alternative to laptops, including in schools. The need for iOS to support multiple users has therefore never been greater — both inside and outside of education.

Additionally, Apple (AAPL) released a preview version of an upcoming iOS 9.3 update for developers to begin ensuring app compatibility with. The company didn’t say when the update would become publicly available, but new features are typically tested for several weeks before release to the general public.

iOS 9.3 will bring new features to the iPhone including a new “Night Shift” that changes the color of the iPhone’s display to the “warmer end of the spectrum.” According to Apple, the adjustment makes viewing an iOS device’s screen in low light easier on the eyes.

Also coming to iOS is the ability to lock the Notes app with a password of fingerprint using Apple’s TouchID feature, improvements to the News app such as a smarter For You section, and better app discovery in the Health app.

Apple also released test software updates for Apple TV that are said to include folders and support for Bluetooth keyboards. Folders will provide users with the ability to organize apps similar to what is already possible with iOS devices. In other words, you can now hide all of the apps that you never use but don’t want to remove. Meanwhile, you can move all of your kid’s games into one folder to eliminate clutter.