Apple Bought This Company to Stay Strong in Schools 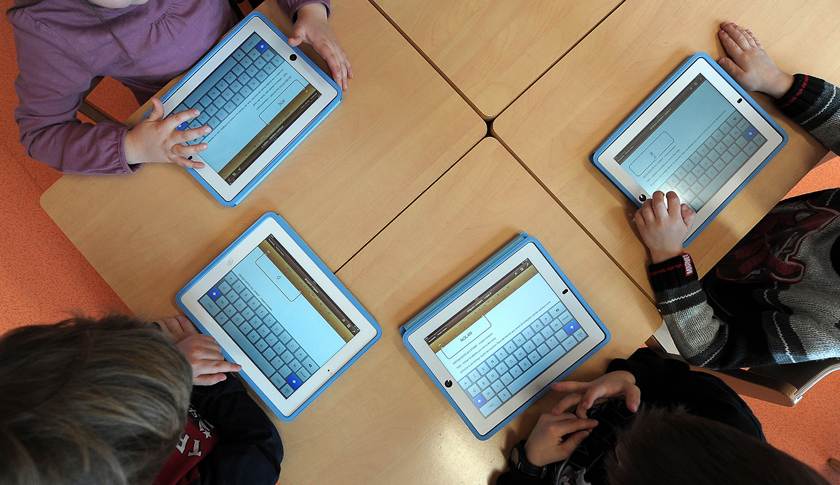 Intent on improving the iPad’s position in the education market, Apple has acquired LearnSprout, a company that specializes in education technology, Bloomberg reported on Thursday.

LearnSprout’s software allows teachers to monitor and track a students’ performance in the classroom. While LearnSprout’s website doesn’t contain a lot of information about the company, but it does state there are currently 2,500 schools spanning 200 districts in 42 states currently using its software.

Earlier this month, Apple (AAPL) announced iOS 9.3, a new version of its mobile operating system. The impending update puts a big emphasis on improving the iPad’s role in classrooms, including allowing students to share the same device by using user accounts. That means once a student logs into his or her account on a given iPad, the information presented on the device will personalized for that user. It’s a feature that not only protects a student’s information, but it also lowers the number of iPad’s a school district will have to purchase.

When reached for comment, Apple stopped short of confirming the acquisition telling Fortune, “Apple buys smaller technology companies from time to time, and we generally do not discuss our purpose or plans.” However, TechCrunch was able to verify the deal, and The Information confirmed the acquisition was finalized in July.

Given the timing between the deal and the announcement of iOS 9.3, it’s possible that LearnSprout’s software is a driving factor in Apple’s new iPad push in the classroom.

For more on Apple’s iPad, watch:

And it’s a much-needed effort for Apple. Despite Apple CEO Tim Cook having called Google’s Chromebook laptops “test machines” last month, Google’s Chromebook is winning the battle for the classroom. A total of 1.63 million of the cloud-connected laptops were sold to schools in the Q3 2015, according to market research firm Futuresource Consulting. Those shipments account for just over 50% market share of devices used in the classroom. The report did not break down Apple’s market share.

A starting price point of around $200 combined with Google’s (GOOGL) suite of education-specific apps have helped drive adoption in school districts.

But with the impending features, Apple is essentially lowering the price of entry by allowing students to share devices—something the company has never allowed on its mobile devices before, in schools, at businesses, or in homes.