Why Google Is Winning the Race for American Schools 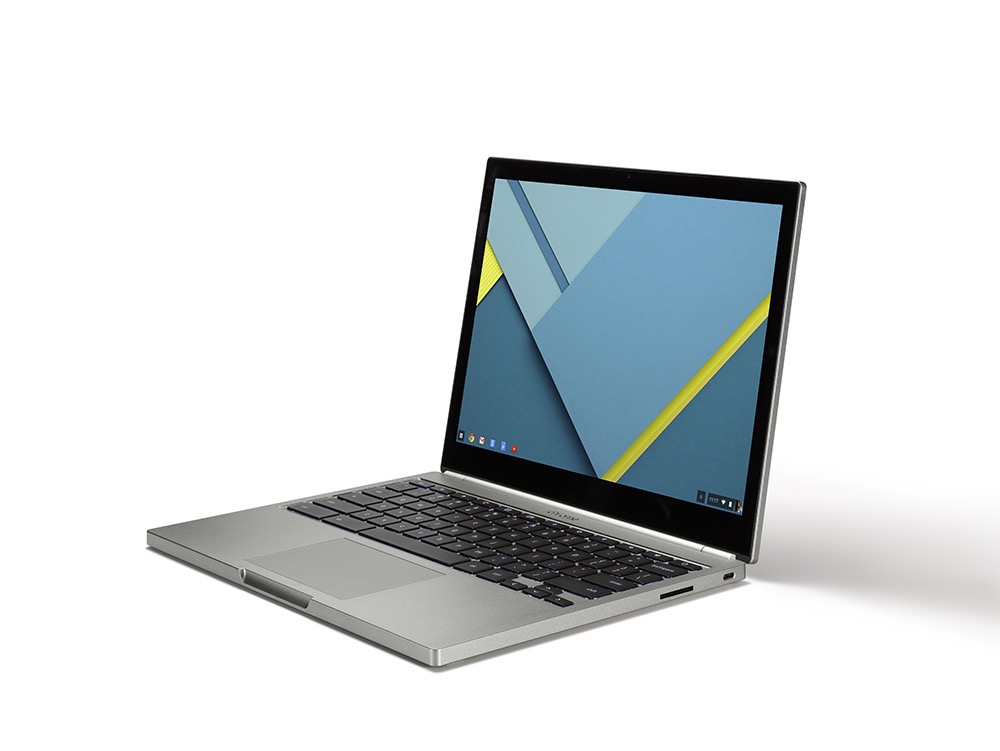 Computer makers are selling fewer PCs this year than last, but there’s one area where companies like Google, Microsoft, and Apple see growth: in schools.

Perhaps that’s why Apple CEO Tim Cook took the unusual step of publicly criticizing a competing product on Wednesday. He said that Google’s low-cost Chromebook laptops are “test machines,” hinting that the only reason that schools have been buying them is because they’re better suited than iPads for students to take state-mandated tests on.

Low-cost laptops have Cook’s attention because Chromebooks are winning the race for American classrooms, a potentially enormous market as schools replace old PCs and strive to give all students computers. Chromebooks accounted for 78% of all laptop shipments to U.S. elementary, middle, and high schools in the most recent quarter, according to market researcher IDC. That is a huge bump from the 42% of the market it captured in the same quarter last year.

A Chromebook laptop can cost as little as $200, which is one reason why 1.63 million Chromebooks were sold last quarter to U.S. schools, according to a competing report from market research firm Futuresource Consulting. But Cook’s criticism isn’t totally groundless: testing is a big part of why schools are buying Chromebooks in bulk.

School districts covering 4 million students in 36 states were required to implement Common Core online testing in 2014, and for many districts, Chromebooks were able to do the job at the right price. The two main organizations that manage online testing in the United States, PARCC and SBAC, both require testing devices to have a keyboard. “While Apple devices can be used with Bluetooth keyboards, online testing requirements have favored Chromebooks,” Futuresource analyst Mike Fisher told Fortune.

To be fair, there are a lot of alternative reasons why Google is beating out Microsoft and Apple beyond testing and cost. Google Chromebooks are designed to run Google Apps for Education, a free suite of online services that enable, for example, students to complete schoolwork on Google Docs, then simply email the assignment by the due date on Google Calendar to their teachers’ Gmail account.

Plus, Chromebooks’ web-based approach is a godsend for the people who maintain entire fleets of laptops. For students, using a Chromebook is as simple as using a browser. Cloud-based features like Chrome Sync mean that students may not need their own laptop, but can simply sign into any Chromebook administered by a school and access their files and settings. For administrators who might manage as many as 100,000 devices, Chrome’s web-based administration is a huge draw. “Google has also done a nice job putting together an effective and affordable device management console for administrators,” IDC analyst Linn Huang told Fortune in an email.

“Google’s management console has been significantly ahead Apple and Microsoft,” Fisher said.

Schools are important to computer makers because it’s one of the few remaining areas where large institutions are looking to buy new PCs in large quantities. “Essentially, K-12 is probably the one segment in the U.S. that has room” for growth moving forward, Huang said. He predicts that Chrome’s market share in schools could continue to grow for four or five years.

That growth could come at the expense of Apple (APPL), which only two years ago was dominating the market, according to Futuresource. In 2014, iPads and iPhones accounted for nearly 40% of educational purchases. In the most recent quarter, iOS only accounted for 17%.

Apple has historically considered the American educational market a stronghold. However, the devices Apple targets the educational market with, like the iPad, are significantly more expensive than cheap Chromebooks. One example of Apple’s desire to put iPads in the hands of schoolchildren is a now-aborted scandal-plagued $1.3 billion deal with Pearson and the Los Angeles Unified School District.

Each iPad cost $768, plus $200 for educational software, several times what a competing Chromebook would cost.

The dark horse in this race is Microsoft (MSFT), which is still the leader in the global educational market. Chrome’s success remains a U.S. story, for now. Windows accounted for 47% of sales worldwide, beating Google Chrome’s 40%. And Microsoft seems poised to grow internationally—CEO Sayta Nadella recently appeared with Mexican President Enrique Nieto to announce a Mexico-wide $1 billion partnership in digital education that includes 960,000 Microsoft devices.

Ultimately, the takeaway for schools is that device prices could drop next year as Microsoft and Google (GOOG) engage in an OS price war. Prices for entry-level Windows laptops have recently dropped to under $300, which puts them directly in competition with Chromebooks. Savvy school administrators might score a good deal if they can hold off for another year.

For more about education, watch this Fortune video: