American kids’ test scores are dropping in this subject 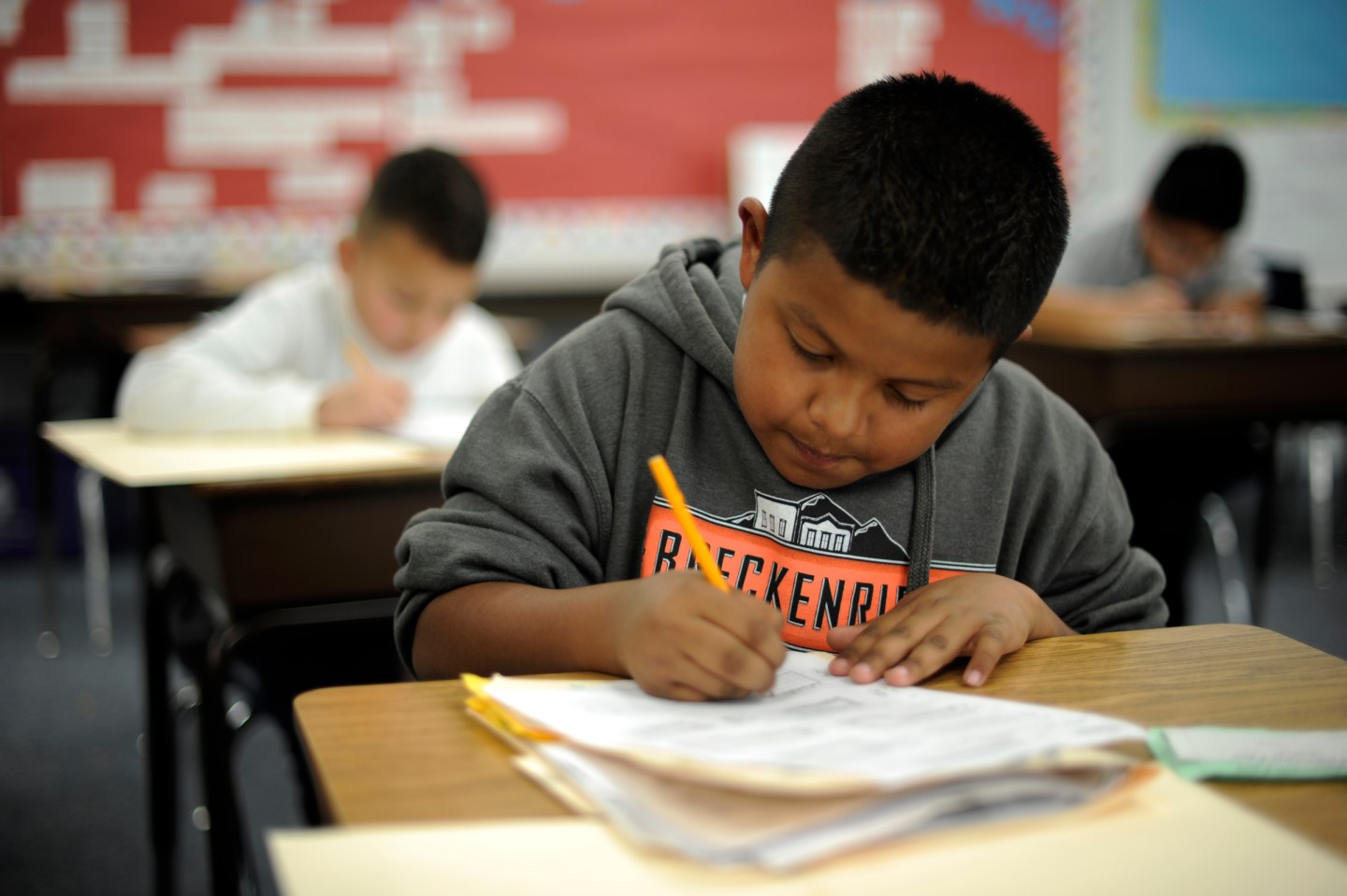 Jorge Saucedo of 4th grade is in the math class at Jose Valdez Elementary School in Denver, CO.
Photograph by Hyoung Chang—Denver Post via Getty Images

The mathematical skills of Grade 4 and 8 students in the U.S. have dropped for the first time since 1990.

The National Assessment of Educational Progress test – which is administered every two years and is nicknamed ‘The Nation’s Report Card’ – was given to thousands of randomly selected students earlier this year, and the average fourth-grade math score this year was 240 on a scale of 500, down from 242 in 2013. The average eighth-grade math score was 282, down from 285 two years ago. This is the first time results have dropped since the test was given out in 1990.

Reading scores were also not promising, as test results among fourth graders were generally stagnant and eighth-grade scores went down.

U.S. Education Secretary Arne Duncan admitted the news “isn’t great”, but also cautioned against over-inference of the report card scores. “Anyone who claims they have all this figured out has a personal agenda rather than an educational one,” he said, as quoted in USA Today.

That hasn’t stopped some from speculating on the reasons for the decline. One oft-cited factor is the implementation of the Common Core standards, a set of guidelines of what students from kindergarten through 12th grade should know at every graded step. Launched in 2009, 45 states and the District of Columbia have adopted Common Core standards, which specifically cover mathematics and English writing and reading.

However, the NAEP test may have had questions that were not part of Common Core guidelines. Some of the fourth-grade math questions, for example, concerned data analysis, statistics and geometry, and may not have been covered in class, reported The New York Times.

This news also comes on the heels of the recent decision by the government to pull back standardized testing across schools, with President Barack Obama acknowledging in a Facebook video that he has listened to parents who are worried about “too much testing, and from teachers who feel so much pressure to teach to a test that it takes the joy out of teaching and learning.”