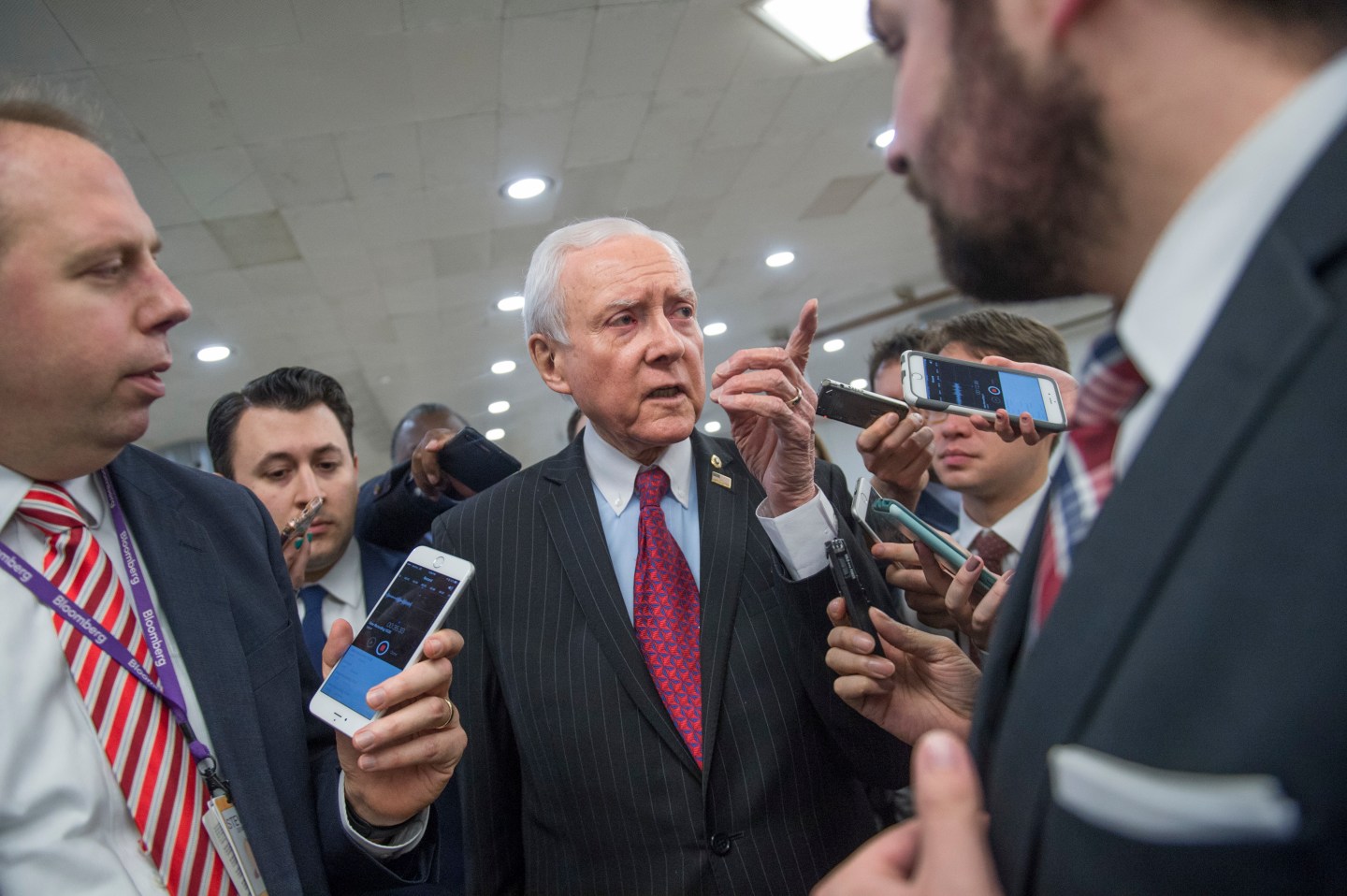 In a speech announcing an “Innovation Agenda” for the new Congress, the senator also touted his ties to President Trump, and said he would act as bridge between the tech industry and the White House—a role that could be critical given the open antagonism that exists between Trump and many corners of Silicon Valley.

As for Hatch’s plan, it calls for lower corporate taxes and for the U.S. to shift to a territorial-based tax system.

“Currently, American companies are taxed on their worldwide income, regardless of where that income is made. Many of our trading allies, by contrast, have moved to a territorial system …. This puts America at a competitive disadvantage and makes it a less attractive place to do business,” said Hatch.

Such a shift in the tax system could lead tech companies to stop using intellectual property gimmicks to park their profits overseas, a controversial practice that has led firms like Apple (AAPL) and Google (GOOGL) to amass foreign cash hoards in the hundreds of billions.

The Hatch plan also takes up the issues of H1-B visas, which the tech companies rely on to hire foreign workers, but are also a bugbear for Trump and immigration and labor critics, who argue the visa program undercuts American jobs.

In his speech, Hatch took aim at a “handful of bad actors” who manipulate the H1-B program to replace U.S. workers with cheaper labor. Though he did not name any specific companies, Hatch’s comment appeared to be a swipe at firms like Infosys and Wipro that obtain H1-B visas in large batches to supply IT workers from companies like India who work for lower wagers.

Hatch also urged Congress to continue to rely on immigration to address a U.S. skills shortage in math and science, while listing some possible ideas to curtail H1-B abuse.

“To throw out just a few possible solutions, we could cap the number of H-1B visas any single employer can apply for,” Hatch said. “We could do multiple waves of lotteries. We could require additional attestations that an employer tried to fill a job with an American worker but was unable to do so.”

The proposed agenda also calls for Congress to rein in nuisance patent lawsuits, a long-time thorn in the side of the tech industry, by putting an end to forum shopping by plaintiffs.

During the speech, Hatch also took up another intellectual property issue by calling for Congress to exert more control over the Copyright Office, and for the office to step up digitization and communication efforts.

“Telling Congress to communicate with the Copyright Office via SurveyMonkey is unacceptable,” said Hatch.

Many of the agenda items are likely to earn broad support in the tech industry and beyond. But it’s unclear Hatch and other Congressional leaders will be able to get any of them passed, given the tumultuous political climate and ongoing strife between Trump and members of his Republican party.