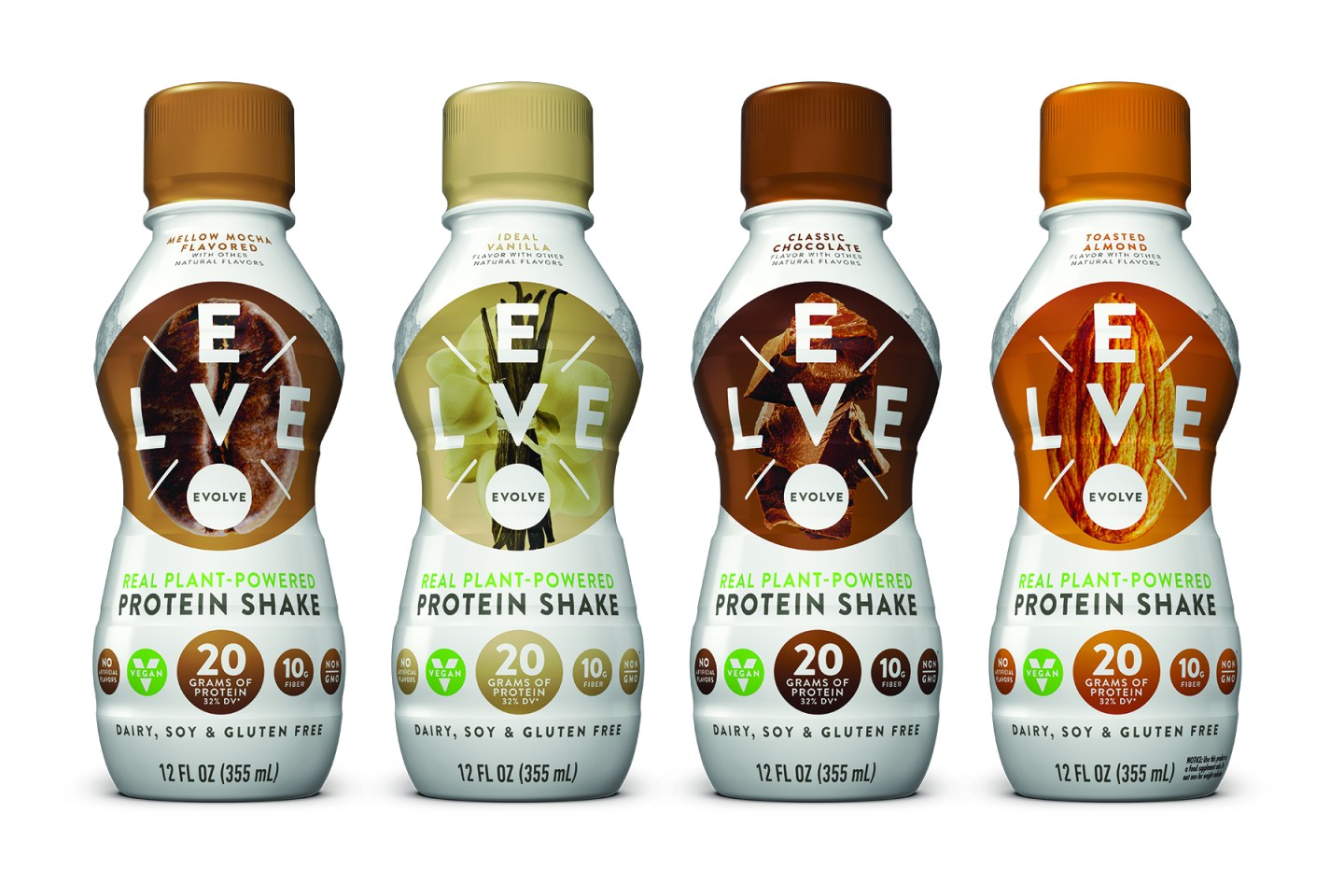 Muscle Milk maker CytoSport has spent nearly two decades helping athletes bulk up with dairy-based proteins. The company’s next evolution will be rooted in plants.

CytoSport is tackling the plant-based protein craze with a new line of vegan, plant-based shakes, protein powders, and protein bars that contain no gluten, soy, or dairy ingredients. CytoSport’s Evolve is made with non-GMO pea protein, with flavors for the line including vanilla, chocolate, and toasted almond. The Evolve brand is getting a national launch, with a greater emphasis on natural food retailers.

“We realize that dairy proteins and the Muscle Milk brand has a wide audience that is a growing business for us, but we aren’t going to reach everyone,” CytoSport CEO Greg Longstreet told Fortune. “People are looking for different types of proteins and plant-based is something that’s seeing fast growth. We think that five to 10 years from now, this is the future.”

CytoSport’s innovative pipeline in recent years has been powered by Hormel Foods (HRL), which paid $450 million to acquire the sports-nutrition maker back in 2014 in a deal intended to help the company reach younger consumers as well as those interested in adding more protein to their diets. Hormel Foods broadly relaunched the Muscle Milk brand last spring with new packaging and a national television ad campaign. It also debuted new ready-to-drink shakes like smoothies.

But the Evolve line is unique because it is the first time that CytoSport isn’t incorporating dairy or soy into the company’s product line. That plays into a bigger trend by some of the nation’s largest food manufacturers to invest in newer brands that are built on the premise that plants are a great source of protein. Besides Hormel, others that are investing in the trend include General Mills (GIS), Kellogg (K) and Tyson Foods (TSN)—all through investments made in their venture capital arms in brands like Beyond Meat, Kite Hill, and Kuli Kuli.

Longstreet said that his team first noticed that a lot of employees were personally interested in eating more plant-based protein products. CytoSport did some research to discover there was growing consumer interest in the category, but that the taste profile for existing products was a barrier. “It wasn’t convenient for consumers to consume plant-based proteins when they have to add nut butter or coconut milk to existing powders to add flavor or texture,” he said. Longstreet says Evolve is a line that’s meant to be more desirable via “the right blend of nutrition and taste.”

Interestingly, the Evolve line is also a way that CytoSport can achieve some gender parity within its product line. The Muscle Milk brand has historically been embraced more by men, though the company has sought to launch more new items that would appeal to women like Muscle Milk’s Greek yogurt protein smoothies and protein bars with fewer calories. But Evolve’s logo and name was selected to be gender-neutral from the start.

There is one barrier that CytoSport may need to confront: While roughly half of Americans say they want to add more protein to their diet, plants aren’t top of mind. Darren Seifer, food consumption industry analyst for NPD Group, notes that most adults say the best protein sources are animals. Dairy and eggs also rank higher than plants in consumers’ minds.

Encouragingly, Seifer says that those seeking to add protein to their diets are doing so when meat isn’t a preferred option—like during snacking occasions. “The snack bar is a good delivery method for plant-based protein,” he said. Evolve will launch protein bars this spring.

The innovation from CytoSport this year comes as Hormel Foods has touted the division’s “excellent” sales of late. And CEO Jim Snee has indicated that there would be more to come. He recently announced a goal that Hormel by 2020 would derive 15% of total sales coming from new products introduced in the previous five years. The company ended last year with about 12% of sales from products launched the previous five years, so essentially Hormel wants innovation to play a bigger role in future growth.