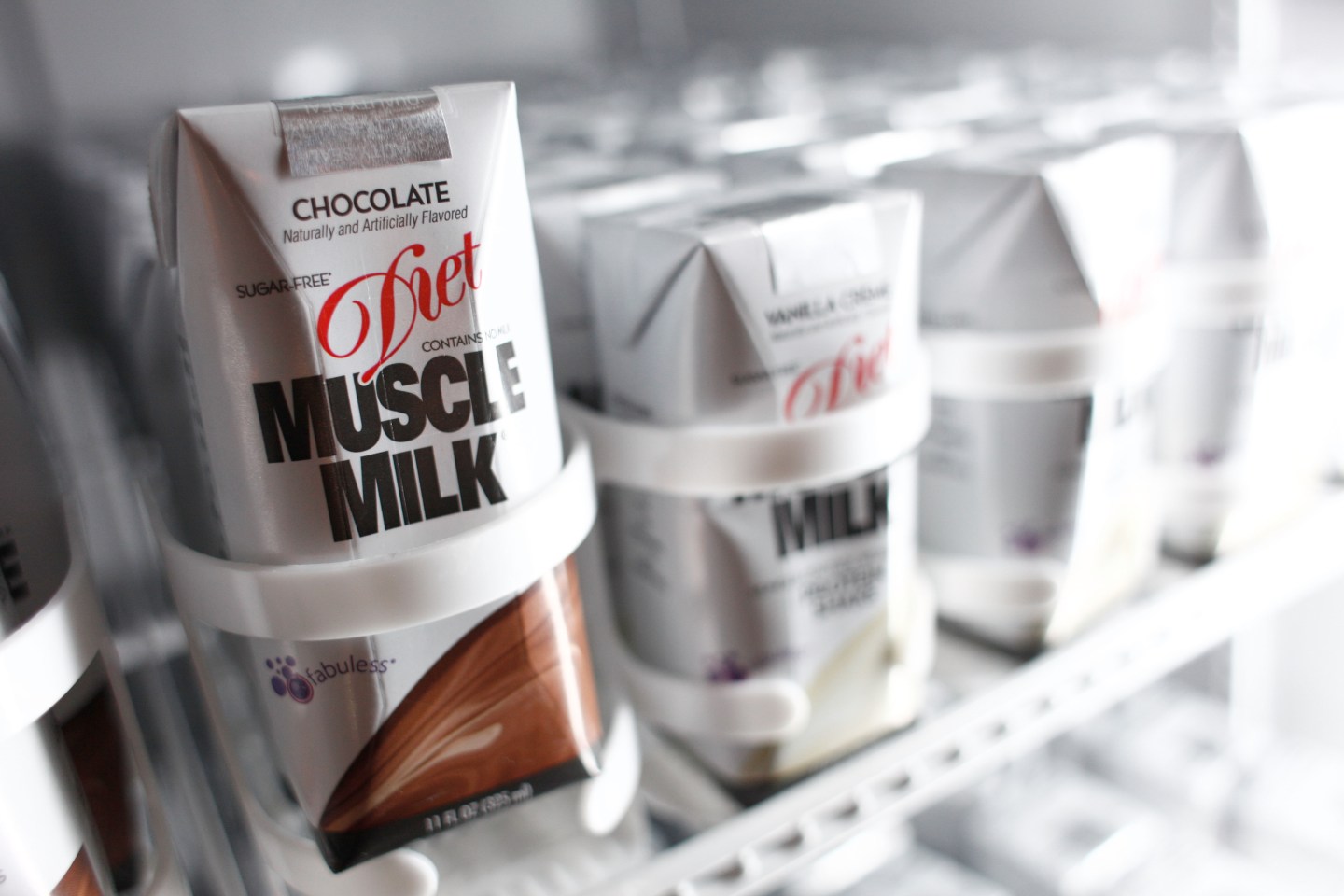 Hormel Foods has agreed to pay about $450 million to acquire sports-nutrition maker CytoSport, a deal meant to broaden the company’s reach to younger consumers.

The deal to acquire CytoSport, which makes Muscle Milk products, is expected to close within 30 days. CytoSport’s 2014 annual sales are expected to total about $370 million. Hormel (HRL) expects the deal will add about five cents a share to earnings in fiscal 2015, with a neutral impact on fiscal 2014 results.

CytoSport first formed in 1998 by Greg and Michael Pickett, a father and son team that aimed to compete in the sports nutrition category. The company’s first protein products hit the market in 1999, though the Muscle Milk powder — which is the company’s most popular product — was released in 2000. CytoSport has also expanded abroad in recent years, in Canada and the United Kingdom.

Hormel Chief Executive Jeffrey Ettinger said the acquisition of Muscle Milk would add exposure to the high-growth sports nutrition category. The company also said the brand aligns with Hormel’s focus on protein, while further diversifying its overall portfolio. Skippy peanut butter, Spam and Jennie-O meats are among the products already owned by Hormel, which generated about $2.32 billion in sales for the latest fiscal year.

The acquisition is the latest consolidation in the food and beverage industry, which some observers have expected to heat up. On Monday, for example, TreeHouse Foods (THS) agreed to pay $860 million to acquire trail mix and dried fruit snacks maker Flagstone Foods. Merger and acquisition action in the industry got a big jolt when a bidding war broke out earlier this year for sausage-maker Hillshire Brands (HSH), a deal that was ultimately won by Tyson Foods (TSN).