Why Tyson Foods Is Investing in A Vegan Startup 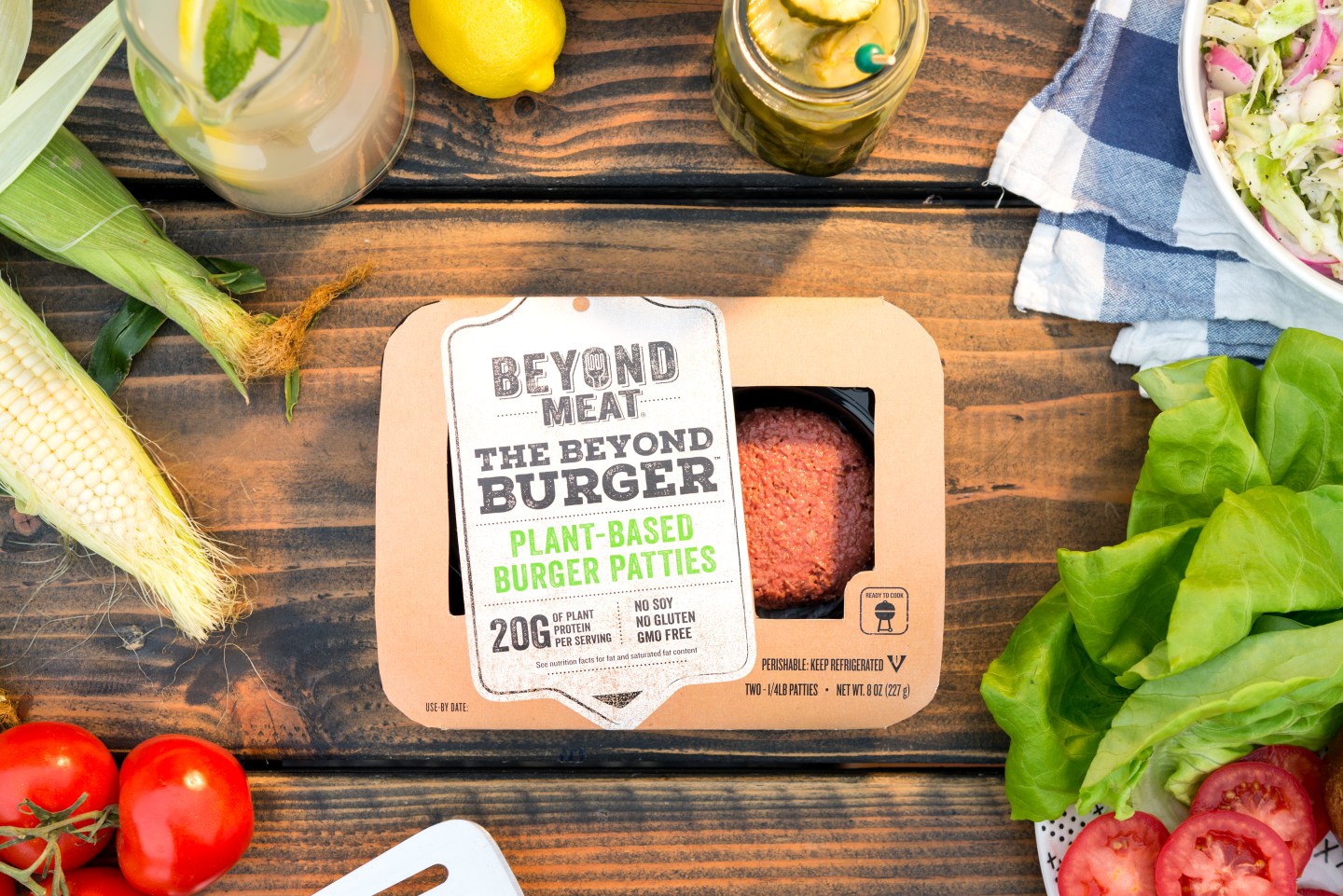 Tyson Foods—which has carved out a niche as a market leader in chicken, beef and pork—has made a far-afield investment in plant-based food startup, Beyond Meat.

On Monday, Tyson (TSN) said it had taken a 5% ownership stake in the California-based startup, an investment that will help the smaller company expand its product portfolio and distribution. Other past investors in Beyond Meat have included The Humane Society of the United States, Microsoft (MSFT) founder Bill Gates and the venture-capital arm of General Mills (GIS). The relationship with General Mills was also meant to augment new product development.

As with the General Mills relationship, Tyson on Monday stressed that Beyond Meat would remain independent and privately held, led by founder and CEO Ethan Brown.

The terms of the agreement, which was first reported by The New York Times, are not being disclosed. Beyond Meat’s last fundraising round was for $17 million in October 2015, according to Crunchbase.

The Tyson Foods investment is the latest Big Food producer to join the food startup craze, as consumers show a greater willingness to experiment with newer brands. Grocery stores, in response, are carving out critical retail shelf space to startups as a way to appeal to changing consumer tastes. For Big Food makers like Tyson, a minority stake is a way to see how a brand like Beyond Meat—which is already available in over 11,000 stores—develops without making too big of a financial commitment.

Tyson is also getting a taste of a newer consumer-driven trend: plant-based foods are all the rage these days. Proof can be seen in Danone’s $10.4 billion purchase of plant-based dairy producer WhiteWave Foods earlier this year. A slew of food startups espouse the positive health benefits of their plant-based formulas. Beyond Meat, for example, professes its portfolio has high levels of “clean” nutrients and is better for animals, the environment, and human health.

Interestingly, Tyson’s investment comes at a time when it has recently bulked up has a producer of meat-based proteins. The company, with over $41 billion in sales last year, placed a bigger bet on the packaged meats space with the $7.7 billion acquisition of Hillshire Brands in 2014.

The investment in Beyond Meat is of course a smaller bet, though still a notable shift in strategic thinking. As Beyond Meat founder Brown said in his prepared statement: “This investment by Tyson Foods underscores the growing market for plant protein. I’m pleased to welcome Tyson as an investor and look forward to leveraging this support to broaden availability of plant protein choices to consumers.”