Danone Gets a Lot More Than Soy Milk With WhiteWave Purchase 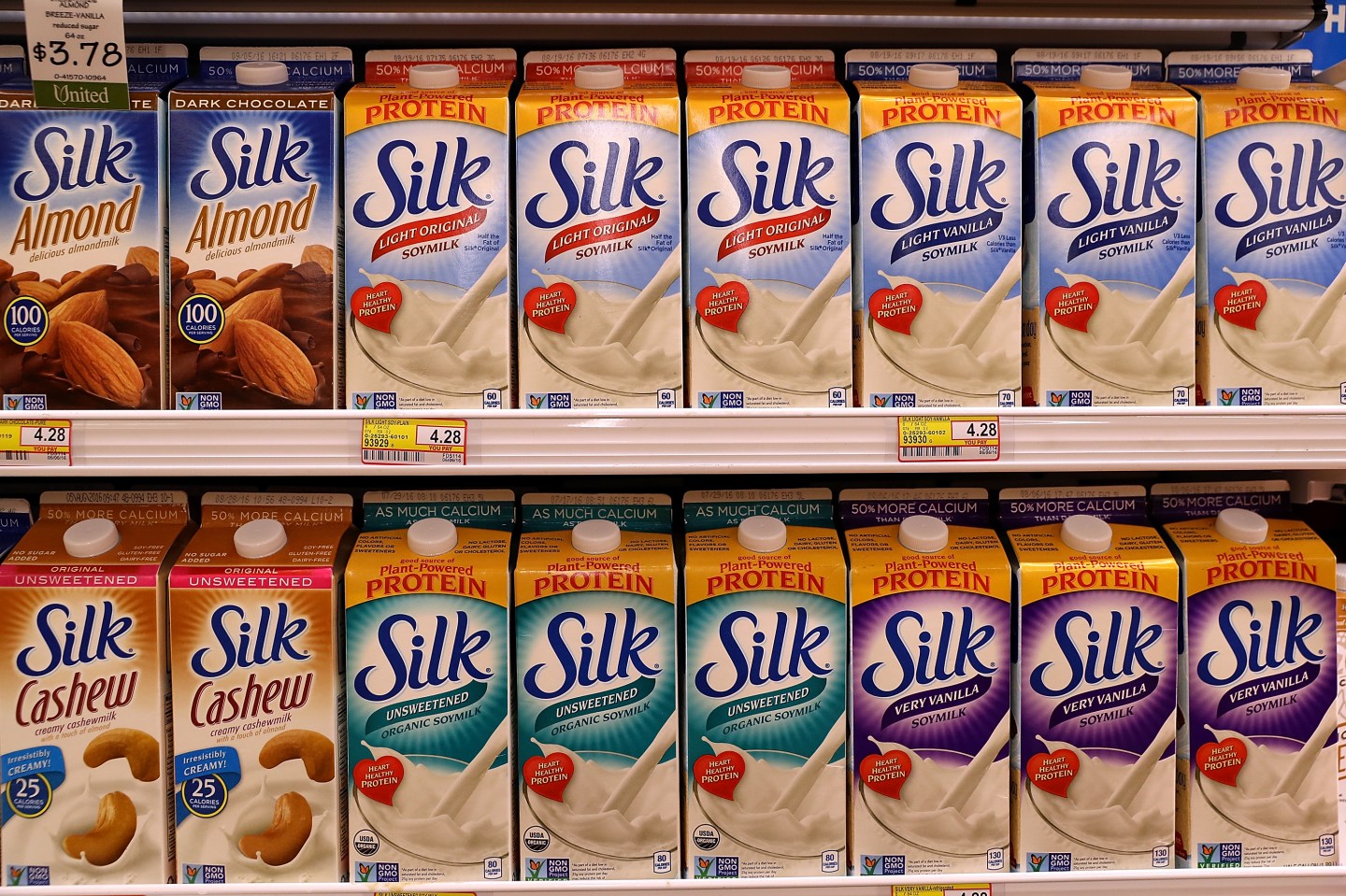 The $10.4 billion Danone has agreed to spend to acquire WhiteWave Foods makes the impending tie-up between the two companies the biggest deal to date in the natural and organic foods industry.

But the price tag solidifies what we already knew: Natural and organic brands are now simply mainstream. “We’ve got to stop calling it the natural food industry,” says Errol Schweizer, a former Whole Foods executive who is now an industry adviser. “It’s just the food industry now.”

The deal between the French dairy company and the maker of brands like Horizon Organic milk and Silk soy milk is just the latest in a massive wave of consolidation in the sector. Food giants, which have struggled to grow as consumers turn their backs on packaged and processed goods, have gobbled up industry upstarts that are more in line with how people today are eating. (For more on this, read “The War on Big Food.”) Some analysts noted this morning that they would not be surprised to see competing bids for WhiteWave pop up.

For Danone, WhiteWave (WWAV) does two things that would seem to be diametrically opposed: It gives its possible new parent a foothold in plant-based dairy alternatives with its Silk brand as well as, through Horizon, the dairy industry itself—the very sector the plant-based industry is trying to disrupt.

In some ways this is only a reflection of how consumers are confused and confusing when it comes to what they eat. During the Danone-WhiteWave press briefing this morning, the companies noted that plant-based alternatives to milk and yogurt are growing at an 11% compound annual growth rate in the U.S., while organic dairy is growing at 8%.

That organic dairy and dairy alternatives are both growing is not necessarily a contradiction. Both plant-based and organic milk are really about the same thing—products that people perceive as better for their health and the environment. It’s also hugely generational. “All of these multinational consumer packaged good companies share a common threat,” says industry veteran Steve Hughes, who recently started a natural products investment firm. “Most of their brands are very much aligned with baby boomers.”

Just look at how this is playing out in milk. Even as the total volume of milk sold in U.S. retail between 2010 and 2015 has declined by 13%, organic milk has increased by 22.5%, according to industry tracker Euromonitor. WhiteWave’s Horizon is not only the biggest branded milk in the overall U.S. milk market with 5.4% share, according to Euromonitor, but it has nearly 25% of the organic milk market.

The deal has big implications for the organic supply chain as well. Schweizer estimates that the combination would likely make Danone the largest buyer (by tons) of organic milk in the U.S., between its Stonyfield, Horizon, and Wallaby brands.

Companies like WhiteWave have become popular with consumers because they represent the antithesis of Big Food, so there’s risk involved when Big Food sees that value, acquires the “natural food” upstarts, and subsumes them. Danone may have an edge here. It was one of the first traditional food companies to invest in an organic newby, when it acquired a stake in Stonyfield in 2001. It’s smartest move? Leaving Stonyfield alone.