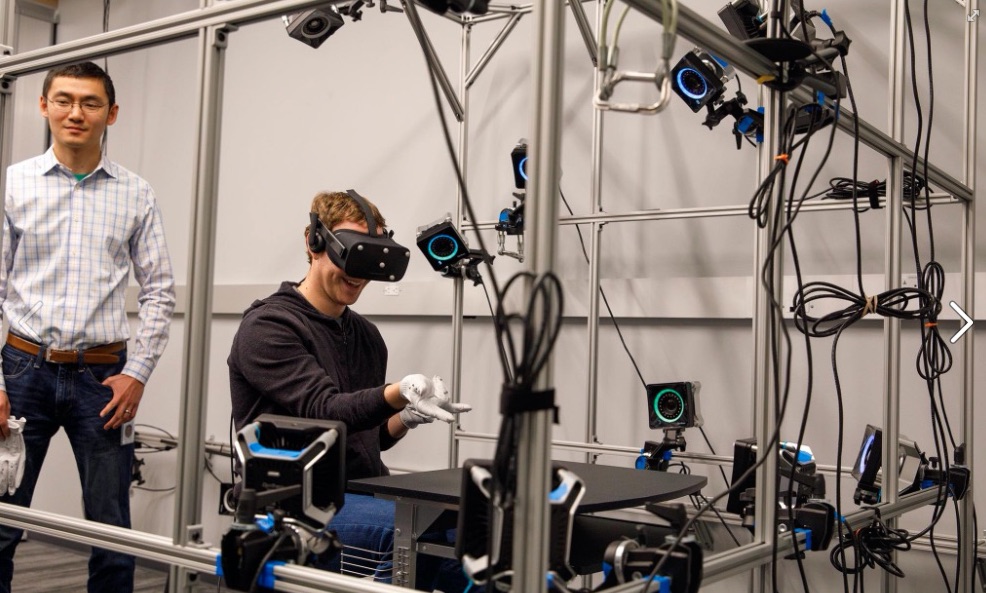 Facebook co-founder Mark Zuckerberg this week tested out experimental gloves that the company hopes will improve virtual reality and augmented reality experiences, according to (what else?) Zuckerberg’s Facebook page.

We’re working on new ways to bring your hands in virtual and augmented reality. Wearing these gloves, you can draw, type on a virtual keyboard, and even shoot webs like Spider Man. That’s what I’m doing here.

Zuckerberg was visiting the company’s VR lab in Redmond, Wash., where a team led by Oculus chief scientist Michael Abrash is working to make AR and VR technologies less bulky. Or, as Zuckerberg put it, make “glasses small enough to take anywhere.” The overall goal is to help people interact with virtual surroundings as they already do with their physical environment.

Virtual reality technology typically employs a helmet or glasses that allow users to see and interact with a virtual “world.” Augmented reality, by contrast, usually blends elements of the physical world with made-up or virtual elements. The Pokemon Go game is an example of augmented reality, because computer-generated images seemingly appear in real places on the player’s smartphone.

Virtual reality is a huge focus for Facebook (FB) which bought Oculus, a virtual reality gaming company, for $2 billion in 2014. Early this year, Zuckerberg said the company could spend billions more in coming years to improve the technology, which is useful for fun and games but could also play a larger role in industrial and business applications.

Augmented reality, for example, can be used to create sneak previews of a product before it is actually built juxtaposing it against a physical background. Contractors and architects can also use AR or VR technology to create three-dimensional walk-throughs of what they’re building. The technology could also be used to give on-site technicians visible instructions on how to fix a factory floor machine, leaving their hands free to do the job.

Clearly tech companies see a huge upside, which is why Microsoft (MSFT), Google (GOOG), Salesforce.com (CRM) and other giants are all investing in building or purchasing AR and VR expertise.