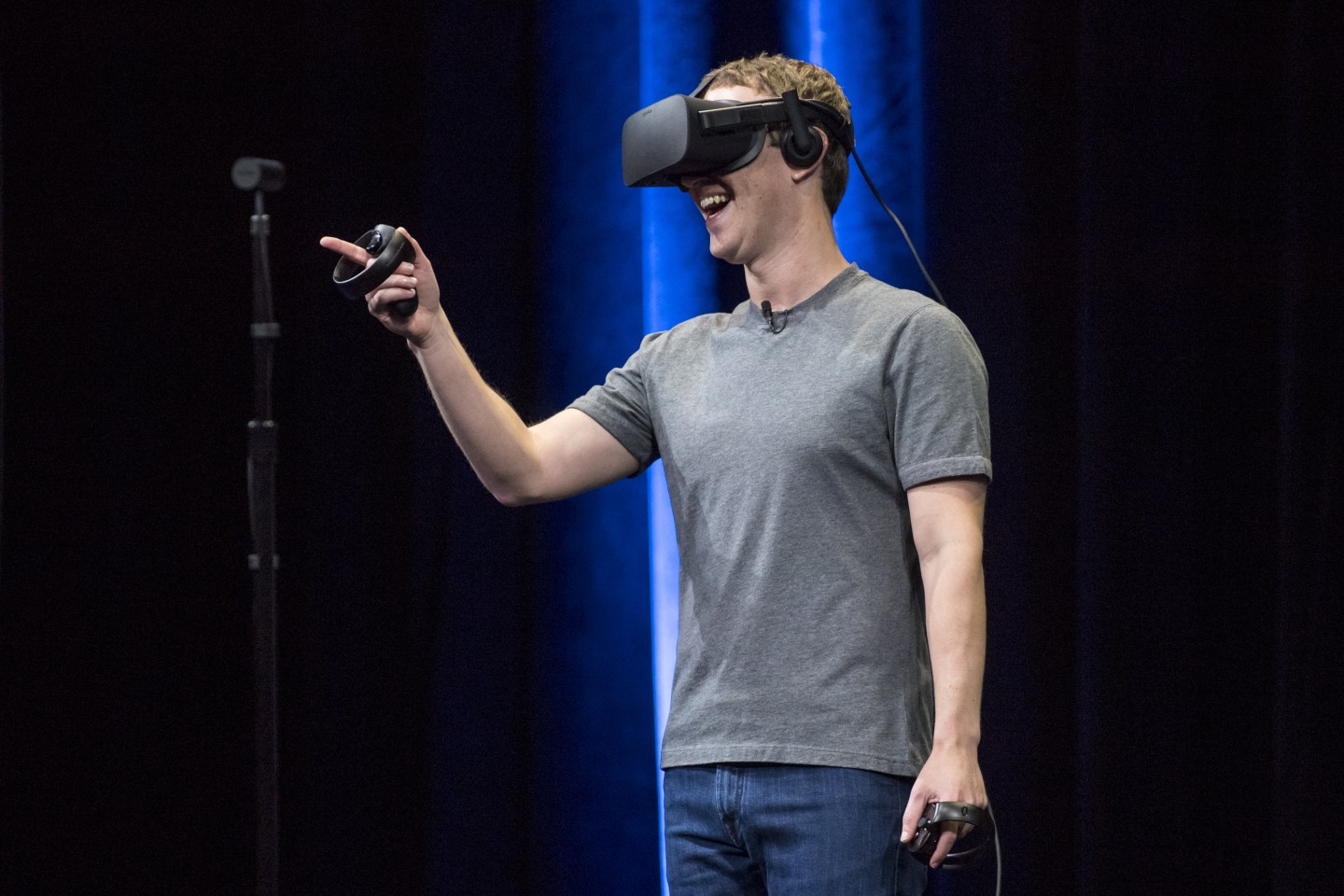 Expect Facebook to continue pushing virtual reality as the next big thing even though the technology hasn’t yet resonated with the general public.

Facebook CEO Mark Zuckerberg said that the social network could end up spending over $3 billion in the next decade to improve virtual reality and make it accessible to the masses, according to the The New York Times.

Zuckerberg made his comments on Tuesday during an ongoing trial in Dallas federal court over allegations that Facebook stole technology from video game company ZeniMax and used the tech to help create its own Oculus Rift VR software and headset.

ZeniMax sued Facebook in 2014 when the social network bought VR startup Oculus for $2 billion as part of Zuckerberg’s efforts to create new ways of interacting on Facebook. The Oculus Rift headset debuted to the public in March 2016.

Zuckerberg said during the trial that he doesn’t “think that good virtual reality is fully there yet,” according to the The New York Times. He then conceded that he believes it will take five to 10 years of development before VR will reach what he deems to be good quality.

Zuckerberg’s comments are noteworthy considering the company, along with rivals like Taiwanese smartphone maker HTC and Google (GOOG) are spending hundreds of millions of dollars on VR in the hopes of kickstarting its popularity.

All these companies see an eventual big business in VR despite lukewarm sales of VR headsets in 2016, according to analyst reports. Even big companies like IMAX, Pepsi and Audi are taking a cautious approach under the belief that the VR market is still in its infancy.

Facebook sells its Oculus Rift headset, which requires a powerful computer to run, for $600. The company also has a partnership with Samsung related to the Samsung Gear VR mobile headset, which runs on Oculus software and requires a Samsung smartphone to operate.

Zuckerberg said in 2014 during a company earnings call that he believed Facebook would have to sell 50 million to 100 million VR headsets before it would be a “meaningful thing as a computing platform.” SuperData Research estimates that Facebook sold 355,000 Oculus headsets in 2016 and that Samsung has sold 2.3 million Gear VR headsets, well below Zuckerberg’s threshold for VR success.

Besides being expensive and an isolating experience for some users, as explained by Fortune’s Erin Griffith, there’s a dearth of compelling content available to keep people interested in VR. That’s partly why Facebook and HTC have been giving developers and companies millions of dollars to create VR games and movies. In October, Facebook said it would give companies $250 million to build compelling VR content after having previously said it would invest another $250 million.

With no so-called “killer app” like a blockbuster video game available in VR, the general public hasn’t yet found a reason to spend hundreds of dollars on the technology. Until someone does build a must-have VR game or experience, it’s likely Facebook and other companies will continue to spend big bucks and effectively subsidize the VR industry.