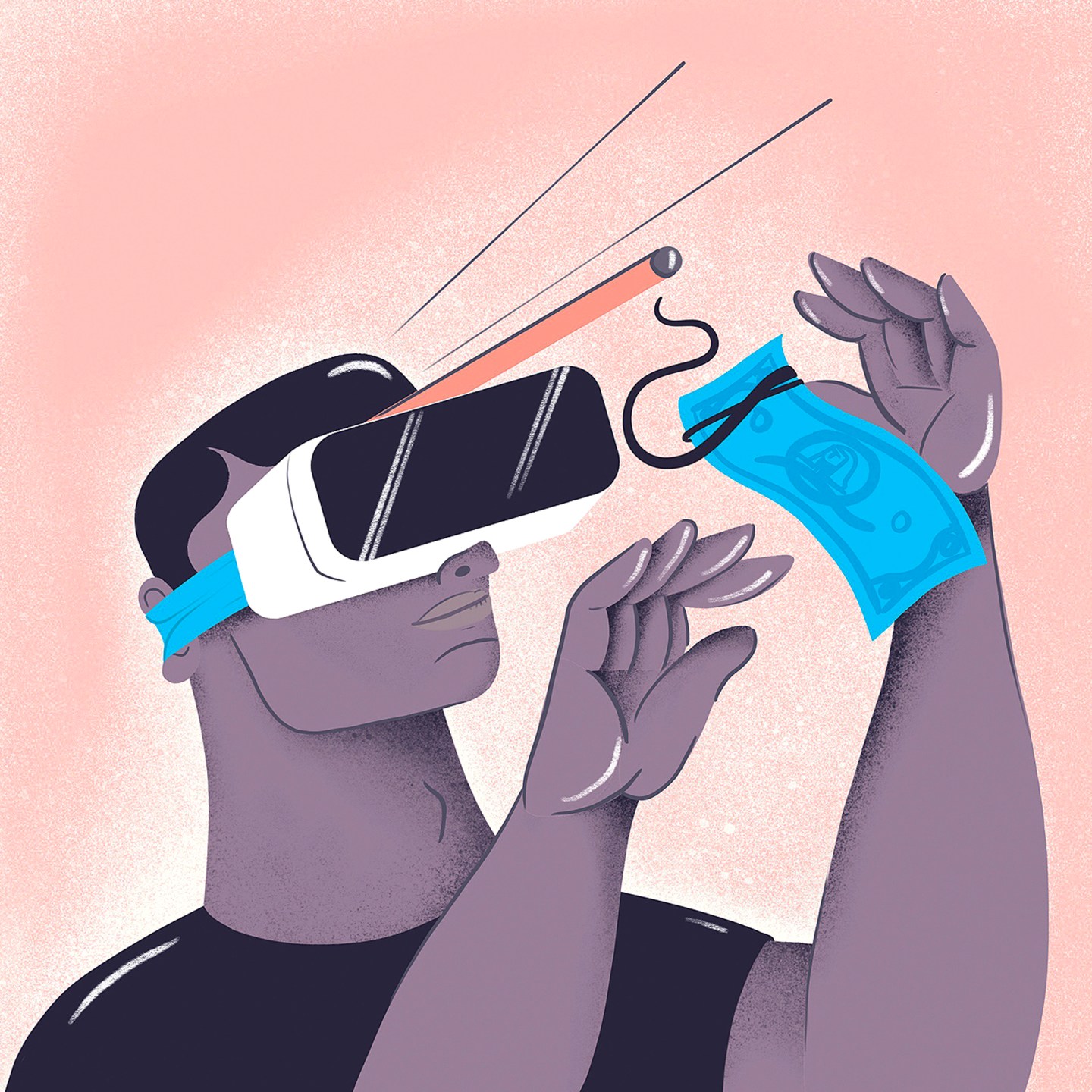 Illustration by Josh McKenna for Fortune

Audi is giving customers superpowers at several of its dealerships. People can strap on virtual-reality headsets that give them X-ray vision to peek under car hoods and, just for fun, see what their dream drive would look like parked on the moon, next to asteroid craters.

The goal is to make car buying more memorable and in the process persuade more customers to splurge on Audis. Or, as Marcus Kühne, who leads strategy for Audi’s (AUDVF) virtual-reality push, put it at a recent conference in San Francisco, the hope is to make car shopping more emotional.

“If a customer leaves a dealership in the future, they should say, ‘Wow, that was unexpected and much better than before,’ ” Kühne said.

Audi’s test is an example of a broader effort by businesses like Pepsi (PEP) and Fidelity to learn how to make money from virtual reality, an emerging technology that transports people into alternate worlds or enhanced versions of the real one. Despite the buzz about the technology, however, many companies are merely taking baby steps because of the public’s tepid embrace of VR so far.

Sales of virtual-reality headsets, required for peering into often fantastical VR “environments,” are modest at best. HTC sold 450,000 Vive headsets in 2016, while Facebook’s Oculus VR sold 355,000 Rift headsets, according to SuperData Research. That’s far fewer than the millions of devices that some analysts had expected those companies to sell, combined.

It doesn’t help that people who try virtual reality sometimes end up feeling dizzy and that headsets are bulky and unfashionable.

“VR is not a finished product, as much as a work in process,” says Richard Gelfond, CEO of big-screen theater operator IMAX.

IMAX is close to making its first small push into virtual reality by opening a sort of VR arcade in January. Customers who visit the hub, in Los Angeles, will be able to watch and play virtual-reality films and games in one of 15 private soundproof rooms.

A seven-minute virtual-reality session will cost around $10. By the end of the year, IMAX hopes to open more hubs overseas.

Instead of going big on virtual reality, Gelfond is taking a more measured approach. And based on public reaction, he says he may build more or fewer hubs or adjust the price. “I could get the timing wrong, but there’s no question the market potential is enormous,” says Gelfond, despite VR’s early struggles. “It’s just a question of when it comes together.”

Already, there’s a hopeful data point from Audi. Although it’s too early to know whether its VR experiment has translated into more car sales, Kühne said that sales of car options—those sometimes pricey add-ons—are up at dealerships where virtual reality is available.

A version of this article appears in the January 1, 2017 issue of Fortune with the headline “Virtual Reality’s Money Quest.”