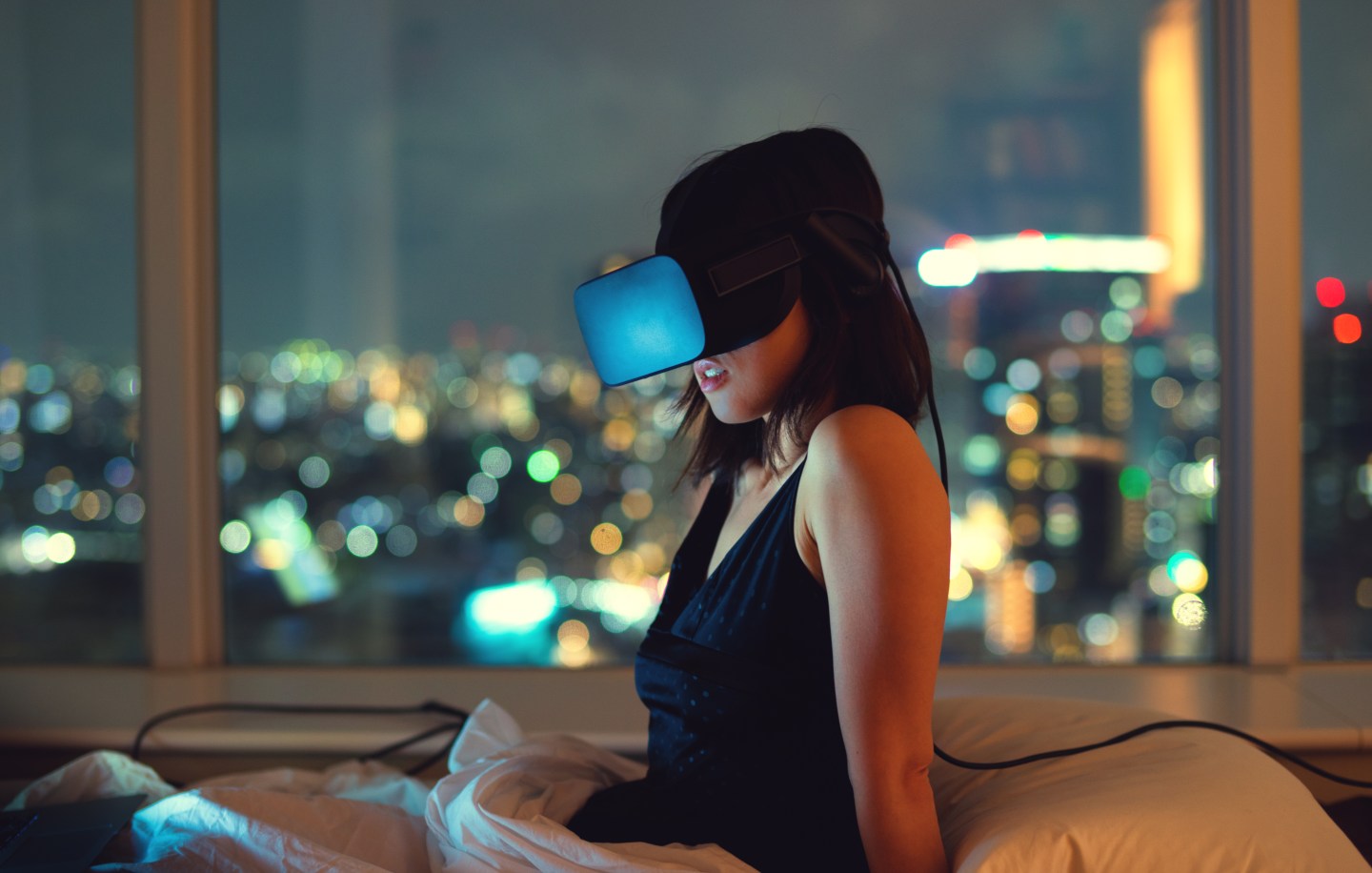 Companies and investors may be pouring millions of dollars into virtual reality, but it’s not all boom times for the emerging technology.

Although innovative virtual reality headsets like Facebook’s (FB) Oculus Rift and the HTC Vive have generally received good reviews, it seems like it’s still going to be a little while until VR becomes mainstream.

A report this week on the state of VR by law firm Perkins Coie and VR advocacy group Upload highlighted some of the challenges facing the VR sector. The research was based on a survey of 653 respondents, including VR entrepreneurs, executives, investors, and consultants.

Although the power of virtual reality headsets (combined with beefy computers) to generate breathtaking visuals has increased in recent years, the same can’t be said for the headset designs themselves. The report said that “bulky, restrictive equipment” and technical glitches are still two “key historical drawbacks for the industry” that need to be overcome before the technology becomes widespread. It’s true that modern-day headsets are smaller and generally sleeker than they have been in the past, but it doesn’t change the fact that people still have to wear them on their face.

2. There’s not a whole lot of interesting VR media

The first time a person tries out a virtual reality headset may be an eye-opening experience. However, there’s a sort of law-of-diminishing returns effect after the novelty of being thrown into a 3D environment wears off. This is because there hasn’t been a so-called “killer app” that keeps people interested enough to spend hours upon hours wired up to their headsets. One survey respondent said that well-liked video game consoles like those from Nintendo and Sega only became popular because of the games that accompanied them.

Players in the young and emerging VR industry haven’t considered potential legal risks that the technology possibly exposes them to. The report explains that regulators have expressed concern with data privacy and cybersecurity issues that could arise out of the new tech, especially as it relates to how the VR companies use the data they might collect from their users. The report cites U.S. Senator Al Franken who said of the augmented-reality game Pokémon Go that it “may be unnecessarily collecting, using, and sharing a wide range of users’ personal information without their appropriate consent.”

It’s tough being a media business or content developer trying to get a deal with a VR-centric company. The report’s authors said that content developers are facing stiff competition from other content developers when trying to score deals with VR companies. Additionally, although companies say they are looking to invest in a VR content project—like a short film or video game—the lack of major successes has them feeling hesitant. One survey respondent wrote “There is always interest, but getting companies to fully fund projects is a different story.”