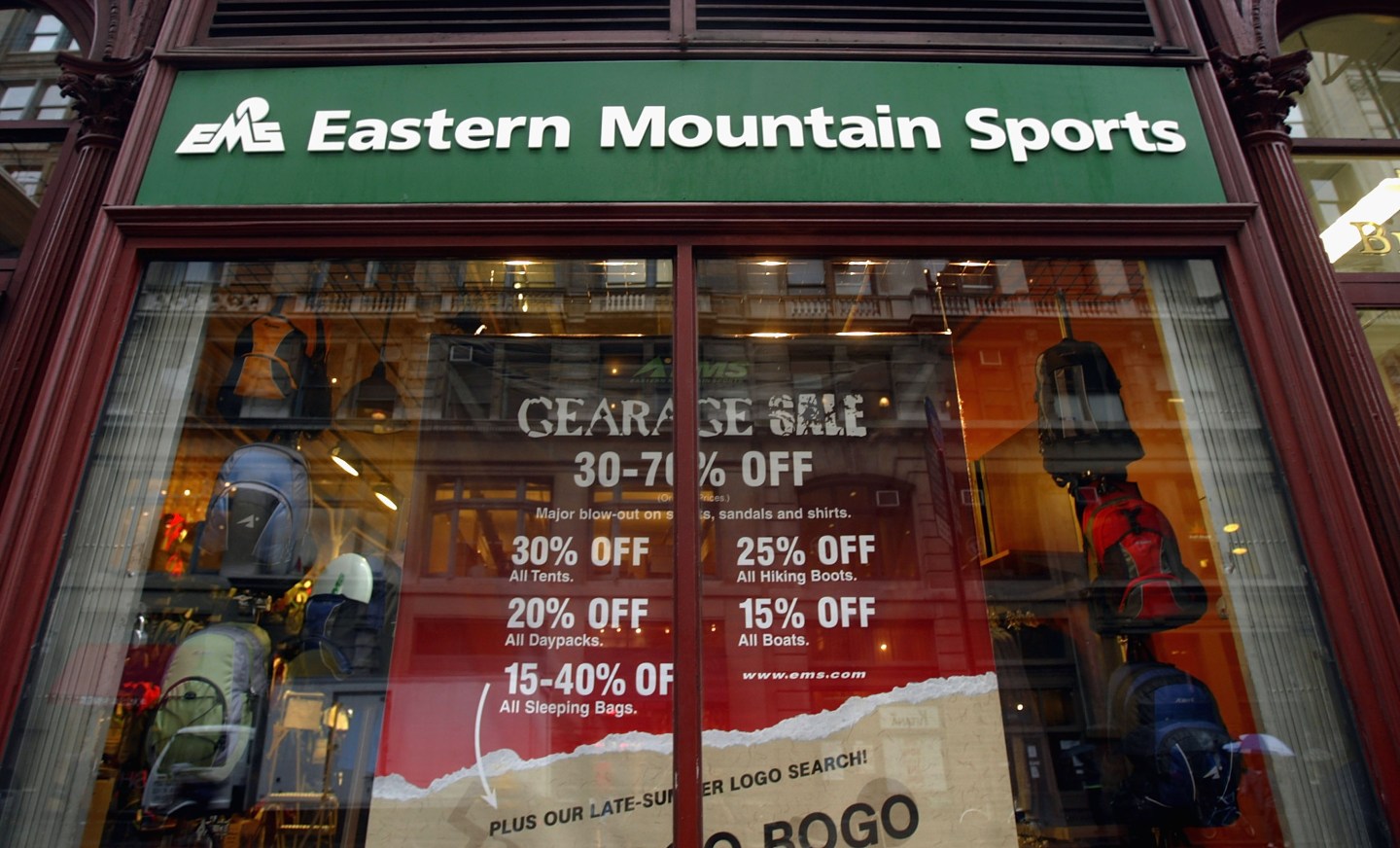 Eastern Outfitters, the parent of discount chain Bob’s Stores and outdoor retailer Eastern Mountain Sports, filed for bankruptcy protection on Sunday, the latest U.S. retailer to do so amid increased competitive pressure facing the sector.

Sports Direct could not be immediately reached for comment outside regular business hours.

Eastern Outfitters listed assets and liabilities in the range of $100 million to $500 million, according to court documents filed in the U.S. Bankruptcy Court for the District of Delaware.

Versa said at the time that Eastern Outfitters had more than $400 million in annual revenue.

The two retailers and Sports Chalet were indirectly owned by Versa when it filed for Chapter 11 in April. Versa bought the chains back during the course of the bankruptcy.

Another Versa investment, Wet Seal, plans to close all 171 stores and lay off 3,000, the Wall Street Journal reported last month.

In addition, department store chains such as Sears Holdings (SHLD) and Macy’s (M) are planning on closing scores of locations this year.

Meanwhile, internet retailer Amazon (AMZN) said this month it planned to add 100,000 jobs, expanding its workforce by more than 50 percent, to speed up deliveries.