What Female Executives Can Learn From Venus and Serena Williams 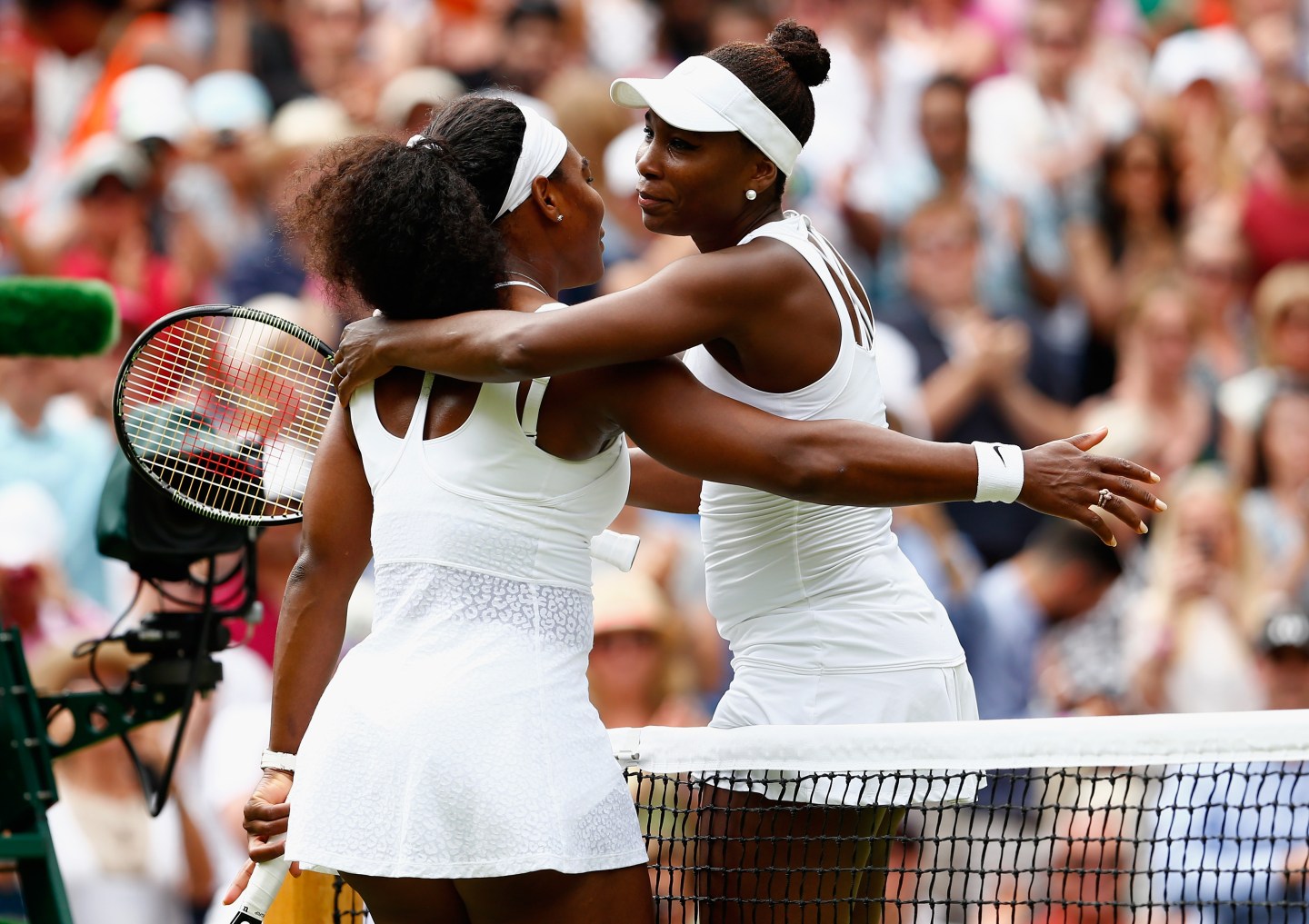 Venus and Serena Williams are two of the most competitive women in sports. They’re also some of the most supportive.

On Saturday, Venus and Serena Williams will play for the Australian Open title. This is the first time in eight years that the siblings will face each other at a Grand Slam final and the ninth time they’ve had to compete with each other for a major win.

Yet despite spending their lives vying to be number one—they have played each other 28 times over the course of their tennis careers—the sisters have managed to avoid a toxic rivalry.

“I am really proud of Venus. She is a total inspiration,” Serena said Thursday during a press conference about the final. “I am really happy for her, and to be in the final together is a dream for us. She is my toughest opponent. No one has ever beaten me as much as Venus,” she said.

Venus shared her sister’s sentiments: “[It] won’t be an easy match. I know that it won’t be easy. You have to control yourself, then you also have to hopefully put your opponent in a box. This opponent is your sister, and she’s super awesome.”

With these statements of support, each Williams sister is acknowledging the skill of the other. She does not say she doesn’t want to or deserve to win. Rather, she acknowledges just how good her opponent is and how difficult it will be to best her. This, according to some sports analysts, is the key to their mutual success.

As ESPN‘s Greg Garber writes: “They have always pushed each other onward and upward. Neither would be where she is without the other, as a person or a player. What if Venus had never been born? Would Serena have won 22 Grand Slam singles titles? Without the constant pursuit of Serena, would Venus have seven major championships? Almost certainly, the answer is no.”

The need for women to push each other “onward and upward” is as strong in the workplace as it is on the tennis court.

In the former context, the idea of women supporting women can be called “shine theory,” a phrase first coined by feminist writer Ann Friedman in 2013.

In a nutshell, Friedman hypothesizes that because of a perception that there are few seats for women at the table (be it in a boardroom or any other meeting room), women tend not to support other women in the workplace out of a fear that it is then they themselves who will lose out. “Have you ever seen a campaign ticket or a boardroom that’s more than 50% female? There’s a deep-seated belief that there can be only one—or two, or three at max,” she writes.

Instead of putting down other women in the climb, a much more effective tactic for all is to lift them up—because if another woman shines, “you shine too,” Friedman notes. The key is to win more seats at the table, not fight over the one or two already there.

There have been a few notable examples of this kind of thinking last year. One of the most high-profile was a Washington Post feature that documented how women in the White House ensured their voices were heard. When one woman raised a point, other women would repeat it, crediting its author. The tactic, dubbed “amplification,” forced men to recognize the contribution of women and made sure they couldn’t claim the idea as their own.

“I just feel like no matter what happens, we’ve won,” Venus said about Saturday’s match. The same can be said for any professional woman who gets ahead. In a corporate world that is still almost entirely male-dominated—just about 5% of Fortune 500 CEOs are female—a win for one woman is a win for all.