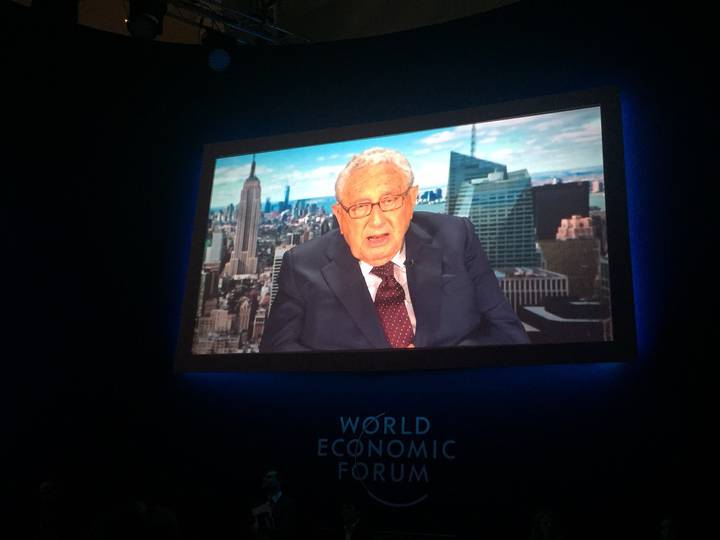 Henry Kissinger is OK with Donald Trump’s bromance with Valdmir Putin. In fact, he said he hopes the two leaders get even closer.

Speaking via live stream at the World Economic Form in Davos, Switzerland on Friday, shortly before Trump’s Inauguration, Kissinger said that he agrees with Trump’s “general attitude” toward Russia. The former Secretary of State said America needed to be less confrontational with Russia, and that that should be a major priority for Trump.

“I hope that an effort will be made for a serious dialogue which tries to avoid the drift towards confrontation and in which Europe, America and Russia come to some agreement about the limits within which military pressure is carried out,” Kissinger outlined.

Kissinger also took a jab at outgoing President Obama, saying that the he had withdrawn from areas of the world that he shouldn’t have.

At one point, Kissinger said that Russia’s leader Putin has “secured equilibrium in the world.”

Earlier this month, the government released a report that said Putin had directly tried to influence the election. Russia’s campaign involved the hacks, strategic leaks of sensitive information, the dissemination of fake news, and the use of Internet trolls, the report states. The efforts seemed to aimed at assisting Trump, the report concluded.