Livestream: The Inauguration of Donald Trump, 45th President of the United States 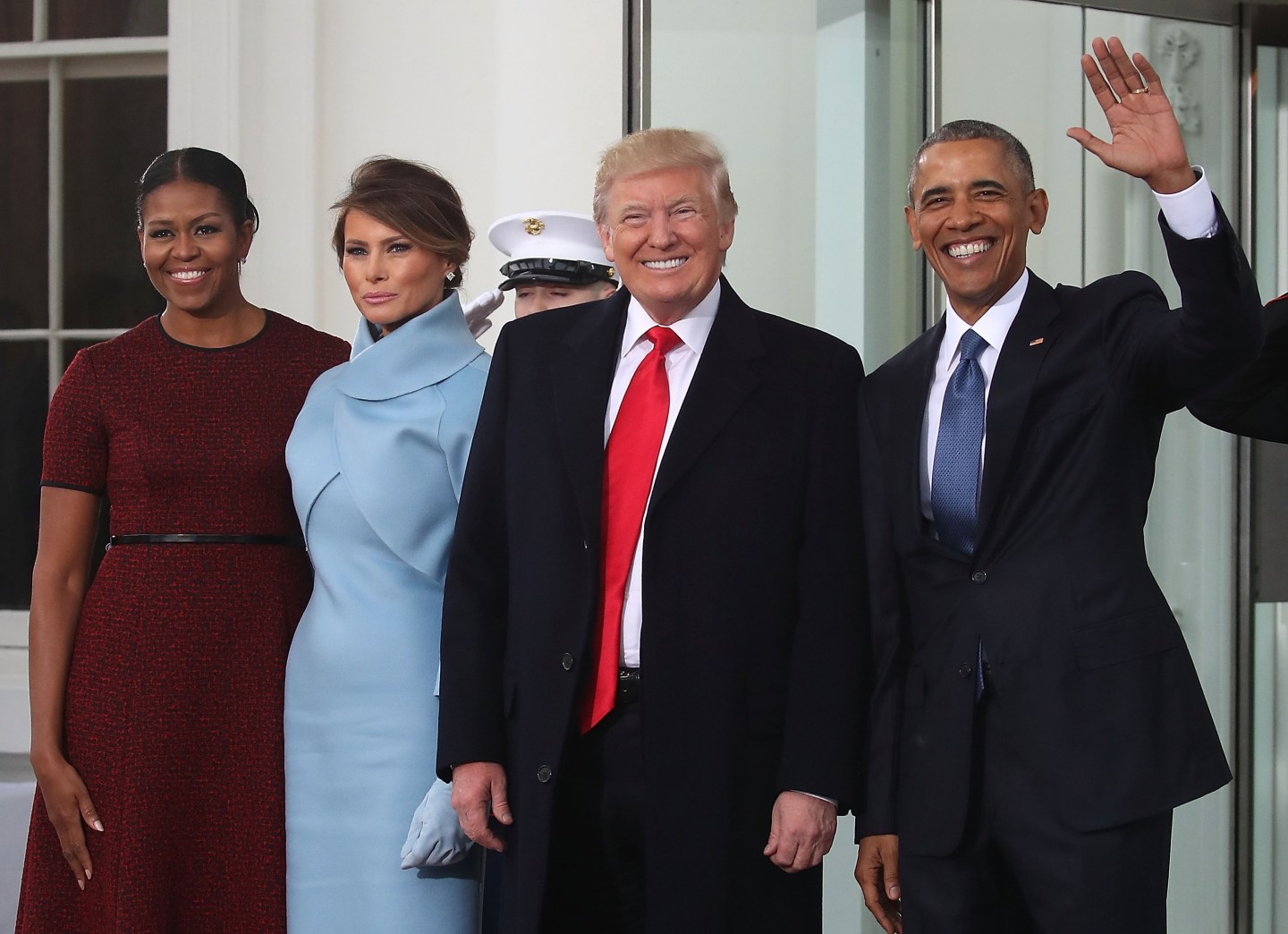 WASHINGTON, DC - JANUARY 20: President-elect Donald Trump (2ndR),and his wife Melania Trump (2ndL), are greeted by President Barack Obama and his wife first lady Michelle Obama, upon arriving at the White House on January 20, 2017 in Washington, DC. Later in the morning President-elect Trump will be sworn in as the nation's 45th president during an inaugural ceremony at the U.S. Capitol.
Mark Wilson/Getty Images

Donald John Trump will become the 45th President of the United States on Friday after one of the most tumultuous and unusual political campaigns in American history.

Trump plans to use his inaugural address to emphasize key themes from his campaign: that he’ll invigorate the American economy with new jobs, ensure domestic security, and take an aggressive approach to international diplomacy.

He will first take a 35-word oath administered by Chief Justice John G. Roberts Jr. (For more on the day’s schedule, click here.)

“It all begins today!” Mr. Trump wrote in a Twitter post this morning. “I’ll see you at 11:00 A.M. for the swearing-in. THE MOVEMENT CONTINUES — THE WORK BEGINS.”