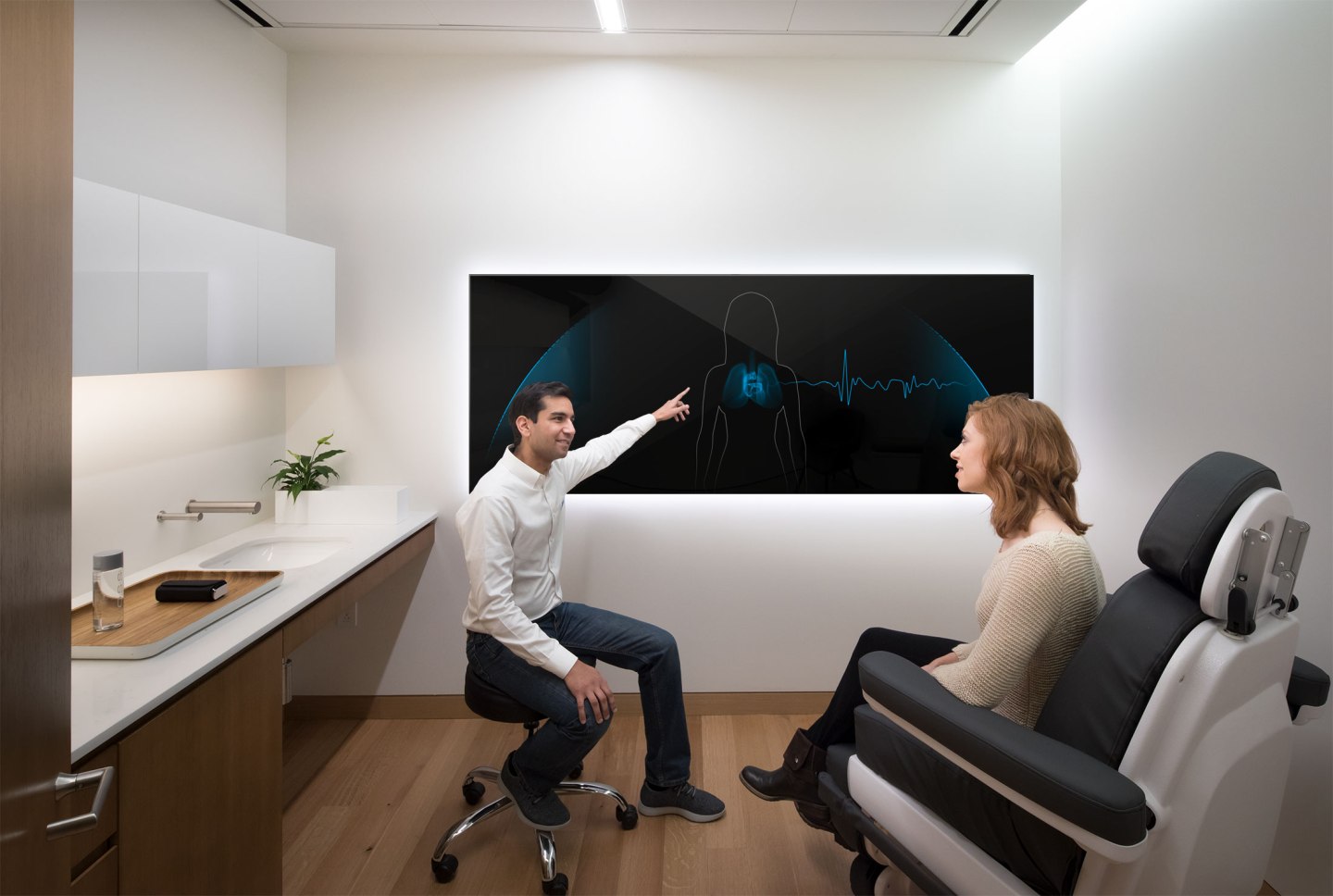 The doctor’s office hasn’t changed all that much over the decades. But California-based startup Forward wants to change that by combining digital health applications with a physical doctor’s office – and a unique subscription model aiming to empower patients and physicians over insurance companies, according to the company.

Forward is the brainchild of founder Adrian Aoun, who has extensive experience in the artificial intelligence space. For one, Aoun founded natural language processing firm Wavii back in 2008, which was then snatched up by Google (GOOGL). Aoun stayed on at the tech giant to work on Google’s AI platform and also as a director of special projects before leaving to launch Forward.

What makes Forward interesting is the way it’s trying to shift the primary care model itself. The company is in its (very) early stages; in fact, Forward just launched its first brick-and-mortar doctor’s office in San Francisco earlier this week. However, it already has some serious money behind it (including investments from Saleforce CEO Marc Benioff and Google’s Eric Schmidt, among others).

The fact that there’s a brick-and-mortar component to the business at all speaks to Forward’s ambitions, such as: herding medical professionals under one roof where consumers can easily access them; offering blood testing, genomic sequencing, and full body scan services to identify medical problems; and tracking biometrics via sensors that patients can use outside the doctor’s lounge. All of this is complemented by mobile apps that give users reports on their health summaries. And that’s all available to you as long as you’re a subscribing member.

Furthermore, patients can create personalized health plans with their Forward-provided medical teams that are also forwarded to the app.

Aoun says the inspiration for Forward stems from some fundamental questions: “Why were doctors still writing things down on post-it notes? Why did every piece of software look like it was built to be an elaborate form of punishment? Why did every medical device look like it came from the 1970s? And why was our eventual hospital bill the size of a down payment on a house?”

But, at this juncture, it’s still a pretty expensive endeavor. Forward is only meant for wellness, preventative, and primary care services. It costs $149 per month to join, and you’d still have to maintain insurance for more in-depth medical care (although Forward would not charge insurance for the various services it provides).

And therein lies the rub, all too common among digital health operations.

“Our system is smart, but it’s not yet cheap,” writes Aoun in a blog post. “It’s more like a Tesla Model S than like a Model 3. We have a long way to go in making what we do affordable for everyone, not just for the kinds of people who are fortunate enough to be in a position to spend money for better health.”