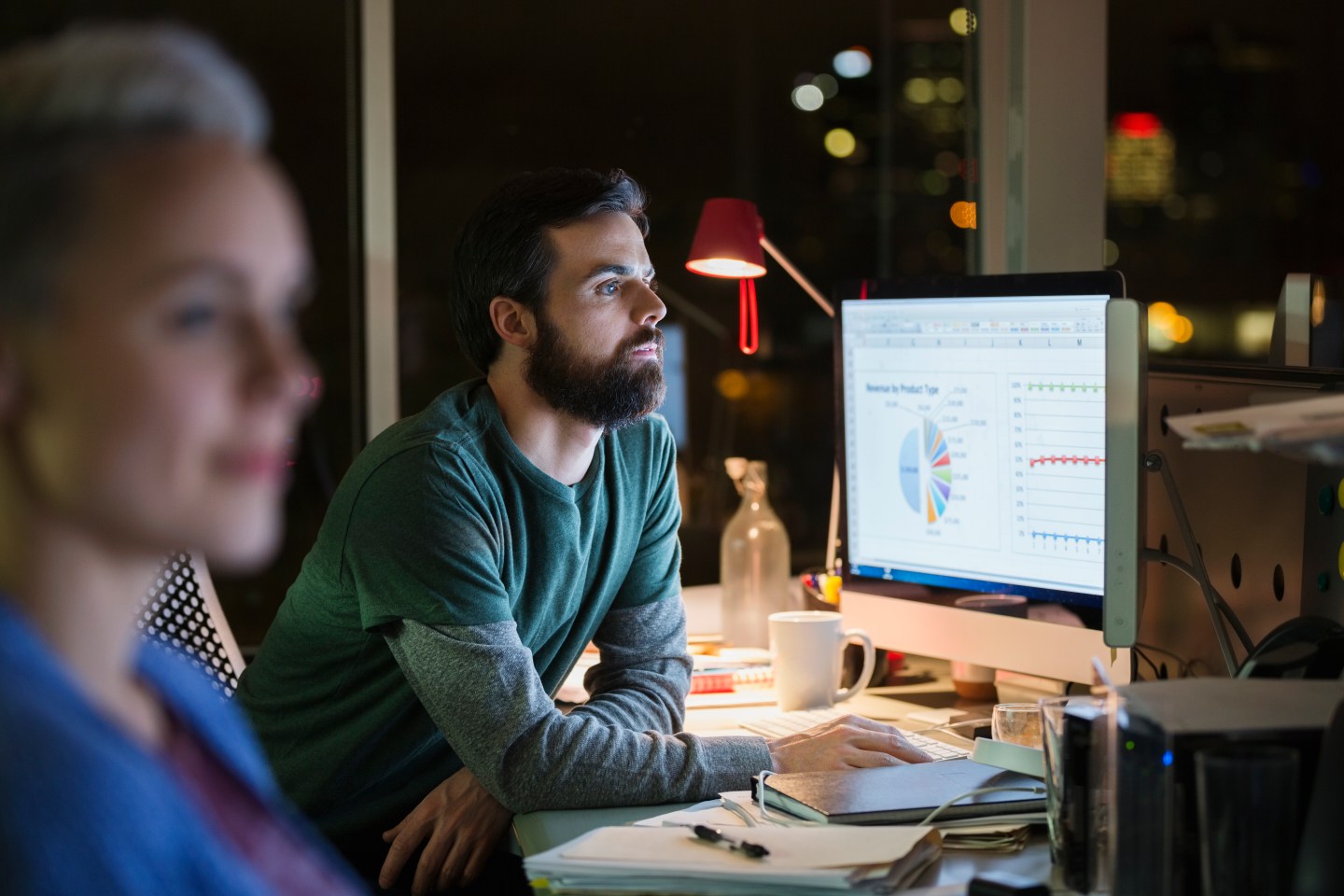 With a new year comes new predictions on the technology sector—and how it will fare compared to the past.

Analyst firm Forrester is the latest company to release its annual report on the global tech market. The authors based their report on a combination of economic data, from the International Monetary Fund and financial data from around the world to the firm’s own internal technology projections.

Here are four takeaways from the report that can help corporations understand how the political climate and cutting-edge technologies may affect their businesses:

Forrester (FORR) has lowered its projection for how much businesses will spend on technology in 2017 from a growth rate of 3.6% to 3.2%. Politics seems to be eating into corporate technology spending. Uncertainty around the U.K.’s decision to leave the European Union, Donald Trump’s surprising Presidential victory, and the Italian populace voting against former Premier Matteo Renzi’s referendum on constitutional reforms are all cited as contributing factors, Forrester said.

Regarding Trump, Forrester believes the president elect’s “aggressive trade policies,” like abolishing NAFTA, for example, could disrupt U.S. exports and supply chains, which “would definitely hurt economic growth and thus lead to lower tech spending than in our forecast.”

The report echoes Gartner’s (IT) survey on the IT market released this week, in which the analyst firm lowered its global spending forecast from a 3% growth rate to a 2.7%, also citing political uncertainty.

These days it’s not easy being a data storage hardware company like EMC (now part of Dell Technologies) or a server maker like Hewlett Packard Enterprise (HPE). But Forrester projects the server and storage market for 2017 indicate flat or low growth rates, which is better than previous years. Corporations are projected to spend $72 billion on servers in 2017, which is up 3% over last year. Forrester also estimates businesses will spend $55 billion worth of storage gear in 2017, a 1% bump from 2016.

These companies need to build vast data centers to support their cloud computing business, in which customers can buy computing resources on demand. The downside for hardware makers like EMC or HPE, however, is that customers that aren’t big cloud companies are forgoing buying their own gear. They are buying storage or data services from the cloud providers instead.

Also noteworthy was Apple’s recent application to build its own server hardware in Mesa, Arizona, as Business Insider initially reported. If cost-conscious Apple sees it fit to manufacture their own gear, then traditional hardware makers could be at capacity already, or charging a premium for their products.

Forrester said businesses could start buying more personal computers in 2017, thanks in part to hybrid devices that combine the portability of a tablet with the functionality of a traditional laptop. Microsoft’s Surface Pro is an example of these hybrid devices.

The report projects that businesses will spend $149 billion on PCs (including hybrids) in 2017, a 3% year-over-year increase. For tablets, Forrester said that businesses would spend $23 billion on the devices, a 10% lift over 2016. And in the coming years, more companies will use tablets to replace old-school retail technology like point-of-sale systems, says Forrester

4. Artificial intelligence is cool, but don’t expect businesses to make money in it, yet.

Last year saw a lot of companies like Google and Facebook (FB) demonstrate how artificial intelligence technologies like deep learning could do great things, such as teaching computers to read text or improving data center efficiency. But traditional businesses that aren’t huge Internet companies likely won’t reap any of A.I.’s benefits until after 2018, Forrester claims.

The firm did not say why companies won’t be spending a lot of money on A.I.-related technologies, but it’s likely because firms like Google and IBM (IBM) are still trying to figure out how to make and sell A.I. services. Although a lot of innovation in A.I. is coming from researchers and academia, it’s still the early days as it applies to businesses turning those discoveries into actual products.