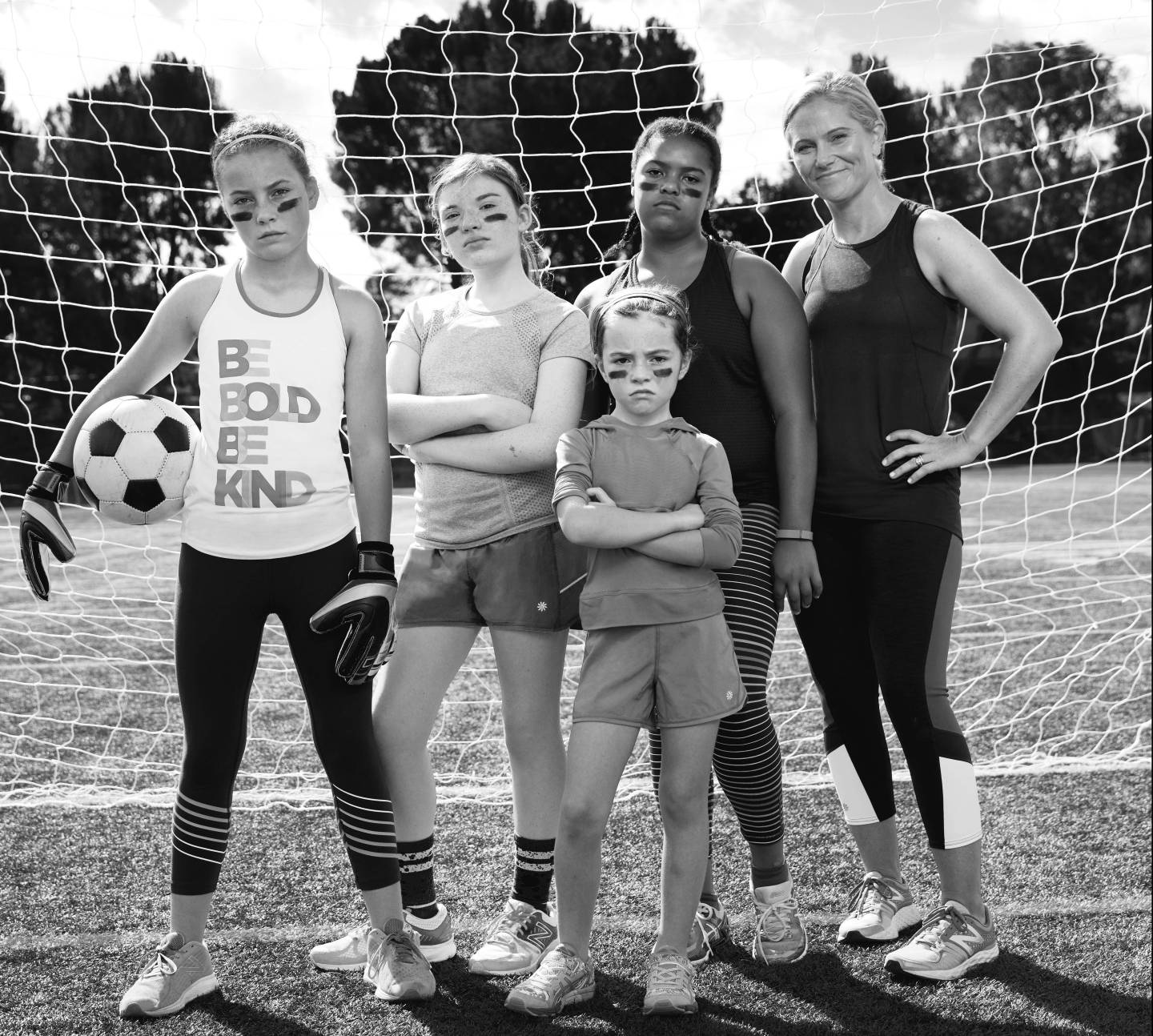 Can a woman just shy of 100 years old sell yoga pants? Athleta is about to find out.

On Tuesday, the Gap Inc.- (GPS) owned athletic brand is releasing the next iteration of its “Power of She” campaign (the original launched in April), which, in addition to showing off new products, is aimed at supporting to women’s empowerment and collaboration.

With “femvertising”—ad campaigns that tap into girl power or feminism—becoming a hot trend in recent years, (think: Dove’s “Campaign For Real Beauty” and Always’ “Like a Girl“), the company knew it had to further pinpoint its purpose for the new campaign to “really stand apart,” Athleta president Nancy Green told Fortune.

This time, the ads will show “the power of women coming together to create social impact through a foundation of health and wellness,” the fitness brand said in a statement.

“This is a people campaign,” Green said. “This is at the heart of what Athleta is all about.”

The centerpiece of the campaign is a collection of stories about women and girls who “are uplifting their communities,” according to the company. For instance, one ad features Tao Porchon-Lynch, a “master yogi” who shows that “strength looks amazing at age 98,” Green said. Another spotlights a group of women who have given their exercise “a purpose” by running the same distance that some women in developing countries have to walk each day to access maternal healthcare.

Athleta will also continue its commitment to not Photoshop the models used in its “Power for She” campaign.

“We always want to represent women as their true, authentic self,” Green said. “If anything ever had to be touched up, it’s only shadows that may change the color of the product.”