Expect Heavy Combat Between Cable and Wireless in 2017 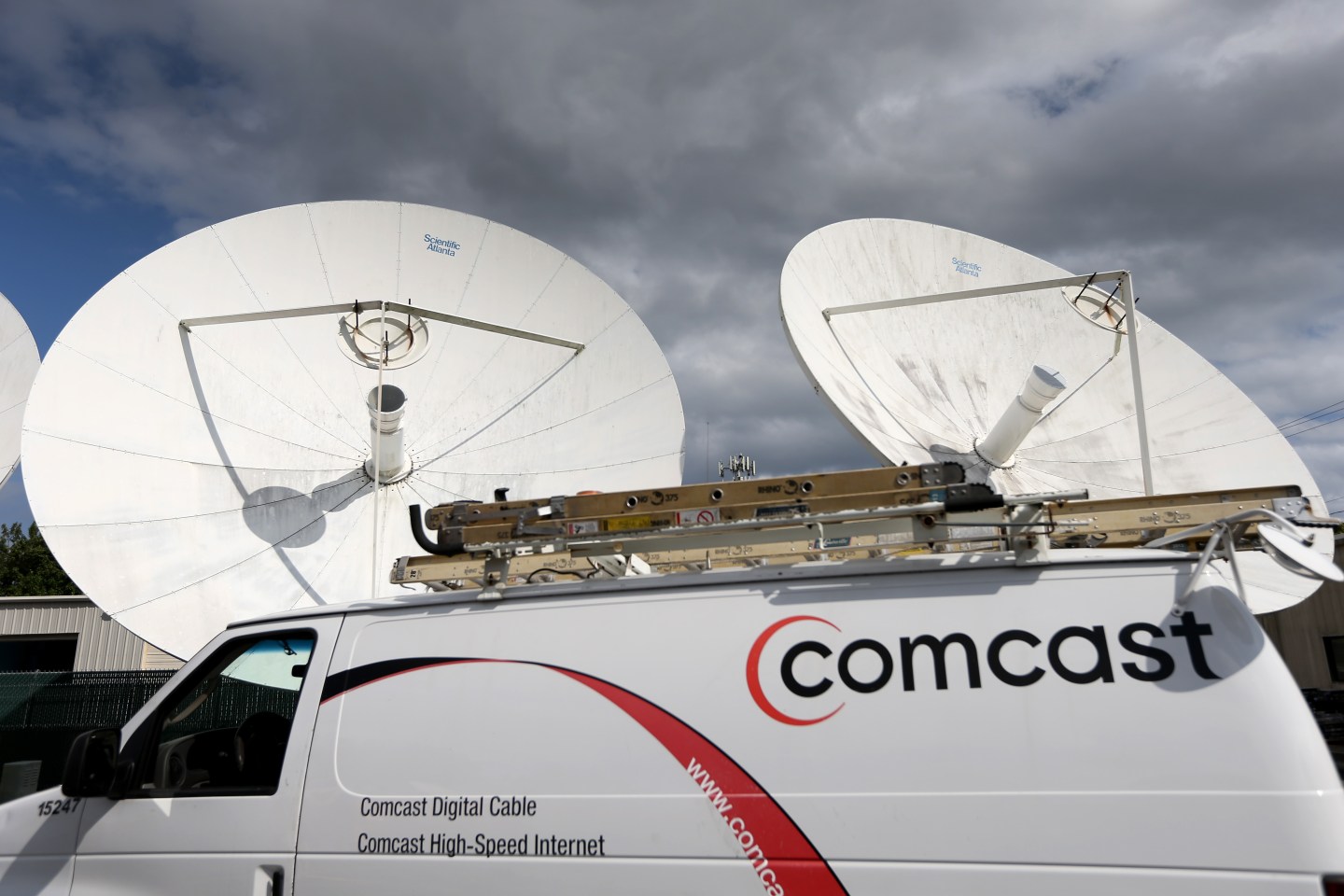 For over a decade, AT&T has been ramping up its television programming offerings. Last year’s $49 billion acquisition of satellite TV provider DirecTV, combined with the company’s U-verse cable offering, gave AT&T the largest pay TV subscriber base in the industry —though growing that audience much bigger has proven challenging.

But in 2017, big cable is poised to strike back. Comcast and Charter Communications, the two largest cable TV companies, are promising to get into the mobile phone business, and things could interesting in a hurry.

The cable companies say they will pitch a bundled service that includes TV, Internet, and mobile features. Bundling—at the right price—can lower the risk of customers defecting to one of the growing number of Internet-based video services. And instead of spending billions on airwave licenses, the cable companies have cut a deal with Verizon to lease wireless data and calling capacity.

The economic key to the cable wireless services, however, will be the companies’ vast networks of wifi routers deployed across their service territories. Using Verizon’s wireless capacity could get expensive, but piggybacking mobile customers on wifi signals is virtually cost-free. A few tiny carriers have sprung up trying to use such a hybrid approach to reduce costs, but Comcast (CMCSA) and Charter (CHTR) will be operating on a vastly greater scale. Comcast, for its part, says it has 15 million hotspots deployed.

The question remains just how many cable customers want to handcuff their wireless service to their broadband and television provider. Cable companies have long suffered from poor customer satisfaction ratings and convincing subscribers to sign up for a new hybrid form of mobile service could be difficult.

In the past, the benefits of bundling haven’t been all that attractive, Jan Dawson, chief analyst at Jackdaw Research says. “It’s never really seemed to capture customers’ attention, in part because it means two of your biggest monthly bills get combined and there’s little benefit beyond maybe a $5 discount or something,” Dawson says.

In theory, new, strong competition for AT&T, Verizon (VZ), Sprint (S), and T-Mobile (TMUS) should bring down prices and improve features for consumers. But the cable companies may be more interested in preserving their existing businesses than in disrupting wireless, Dawson adds. “We’ll see to what extent this is really about saving consumers money or providing other really meaningful benefits versus simple bundling,” he says.

Previous cable efforts to get into wireless didn’t get very far. Comcast and other cable companies were early backers of upstart wireless firm Clearwire but dumped an agreement to resell service back in 2011 after almost no customers signed up. Clearwire ended up being acquired by Sprint shortly thereafter. Even before that, cable companies spent billions buying airwave rights in 2006 but most never offered any service and Verizon bought the licenses in 2011. Part of that deal included the leasing rights that Comcast and Charter will use next year when they enter the market.

Even if they don’t win many customers, the cable incursion could wound the wireless industry in one important way, however. This year, the four big telecom carriers were among the best performing stocks in the market, led by Sprint’s 144% gain, as of December 29. T-Mobile was up 49%, AT&T (T) rose 24% and Verizon added 16%. But just as the perception of cord cutting hurt some media stocks this summer out of proportion to its actual impact on financial results, the much hyped entry of cable into wireless could spook telecom investors.

“We don’t expect cable to have any significant impact on the wireless market until around 2020,” industry analyst Craig Moffett at MoffettNathanson Research wrote recently. “When they do enter the wireless space, however, it won’t be good news for the incumbents.”

How Taylor Swift Could Help AT&T Win Over Cord Cutters

Meanwhile, AT&T is getting even more into TV and could dent the cable industry’s revenue with its new Internet-based video service called DirecTV Now. Offering more than 100 cable channels at a starting price of $35, the service is being pitched to the 20 million or so households that don’t currently pay for TV, so-called cord cutters and cord nevers. But it’s pretty easy to see how the low price could also prove alluring to regular cable customers tired of paying an average of over $100 per month for TV service.

Still, cable has a solid strategy to fight back, according to analyst Moffett. Cable companies are the leading provider of broadband Internet service, which customers will still need, even after they decide to drop cable TV service for DirecTV Now or other, similar services. And by manipulative pricing of different bundles, cable companies have “a very powerful pricing counter-balance,” Moffett says.

So expect a lot more headlines about cable versus wireless competition next year. But the actual impact on consumers’ pocketbooks may be harder to discern.