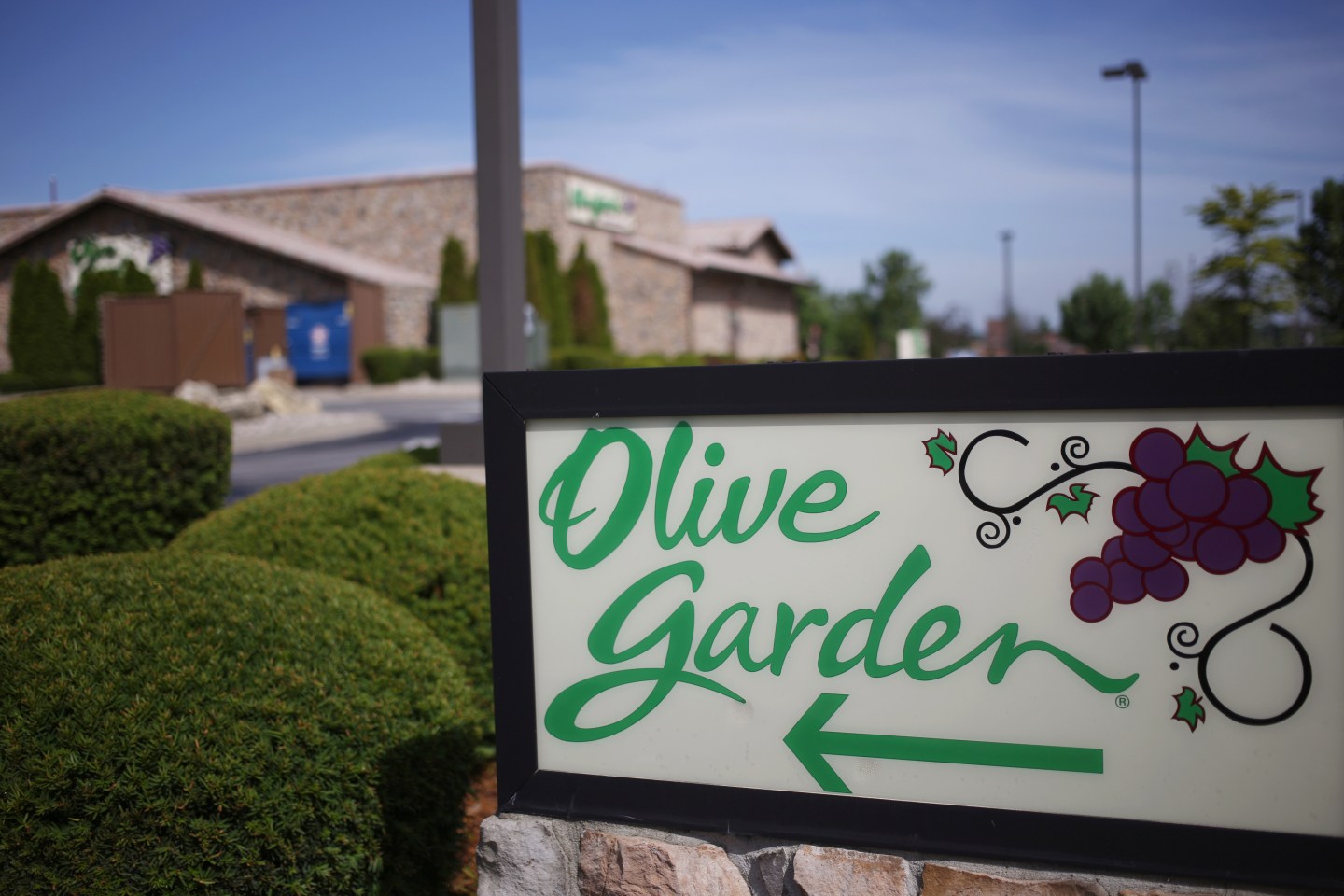 Olive Garden, the Italian casual dining restaurant chain known for its non-stop pasta passes, and whose menu once attracted ridicule even from investors, delivered a large, solid portion of the overall earnings of its mother company, Darden Restaurants (DRI), in its second quarter of this fiscal year.

The overall Q2 net earnings of Darden Restaurants, which also owns restaurant brands like Long Horn and Capital Grille, stood at $79.5 million, according to data the company released Tuesday. Its restaurants generated a total of $1.64 billion of sales during the three-month period ending Nov. 27, reports the company. Sales at Olive Garden made up the bulk, totaling at $915 million, or over 55% of Darden’s overall sales.

CNN notes that Darden share prices have risen by more than 60% since Starboard Value, a known activist investment hedge fund, gutted out the restaurant group’s previous management in 2014 and implemented a series of changes—particularly to Olive Garden’s menu and service. The hedge fund had even made a presentation, almost 300-slides long, on what were perceived as Olive Garden’s many culinary failings, as Fortune reported back then. Grievances included everything from unsalted pasta water to an excess of gooey sauce on dishes, as well as a glut of free breadsticks.

For more on Olive Garden, watch this video:

Suffice to say, Olive Garden has been on a road to recovery, with increased options for take-out and delivery among the many reforms it has undertaken. Other changes made to Olive Garden’s menu include a renewed focus on appetizers and desserts, as well as more alcohol, CNN says.

Darden Restaurants maintains its projections for full-year earnings of between $3.87 and $3.97 per share, reports USA Today.