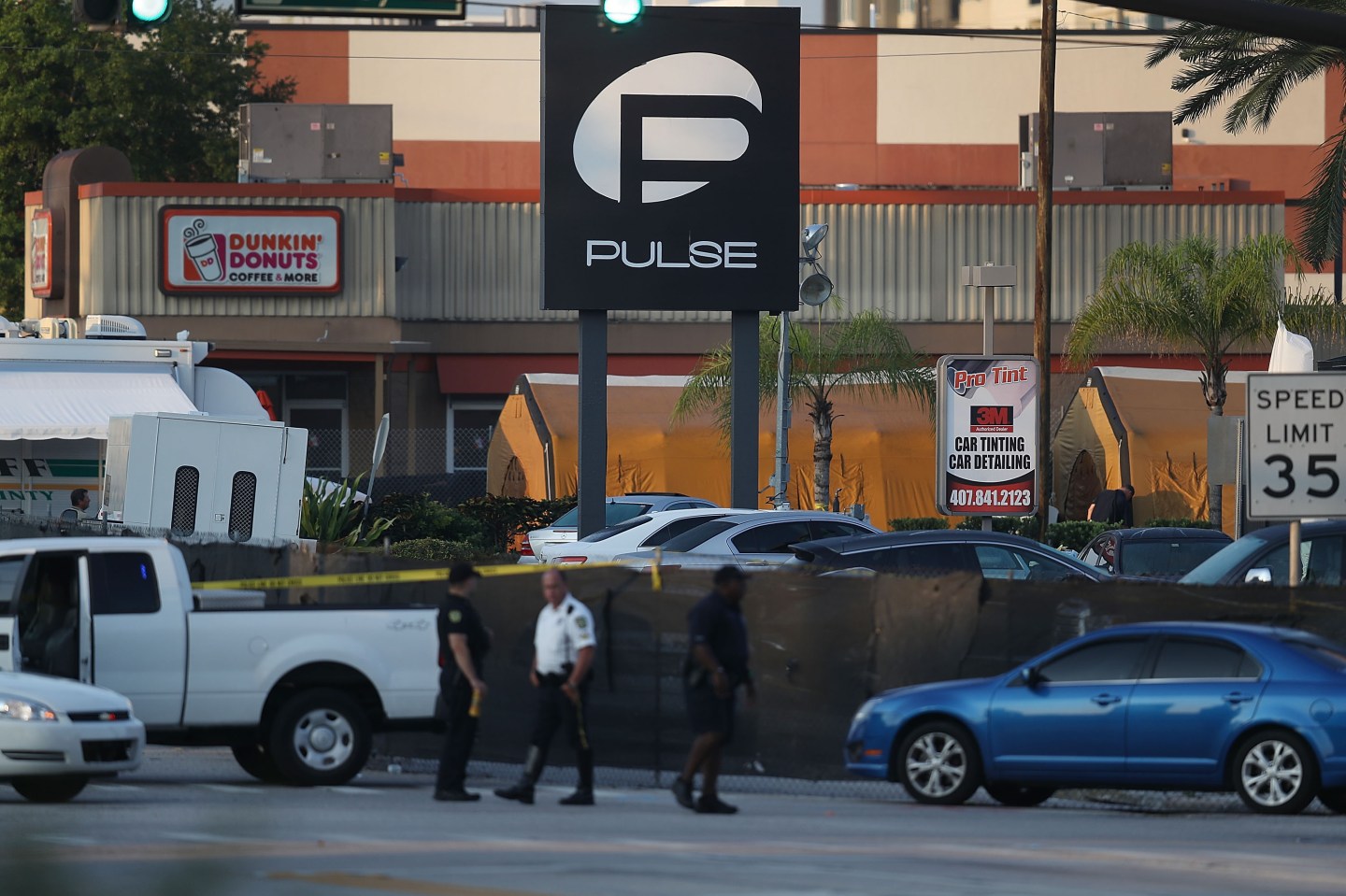 The families of three victims of the Pulse nightclub shooting in Orlando have filed a lawsuit against three tech giants.

The families say that Google (GOOGL), Facebook (FB), and Twitter (TWTR) provided “material” support to the Islamic State militant group, also known as ISIS, Fox News reported Monday. They say in their suit that the companies provided platforms that radicalized the gunman, Omar Mateen, in the deadliest mass shooting in U.S. history.

“Without Defendants Twitter, Facebook, and Google (YouTube), the explosive growth of ISIS over the last few years into the most feared terrorist group in the world would not have been possible,” the lawsuit says.

The lawsuit particularly focuses on the Communications Decency Act of 1996, which protects companies like Facebook and Twitter from being held responsible for speech made by users on their sites. Still, Twitter is one company that’s worked to suspend accounts that seem to be associated with or supportive of ISIS.

The June shooting at a gay nightclub left 49 people dead and 53 wounded. During his negotiations with police before dying in a shootout, Mateen said the attack on Pulse was an act of protest against U.S. airstrikes on ISIS targets in Iraq and Syria. Mateen, who was not an ISIS member, nonetheless pledged his allegiance to the group before and during his attack.