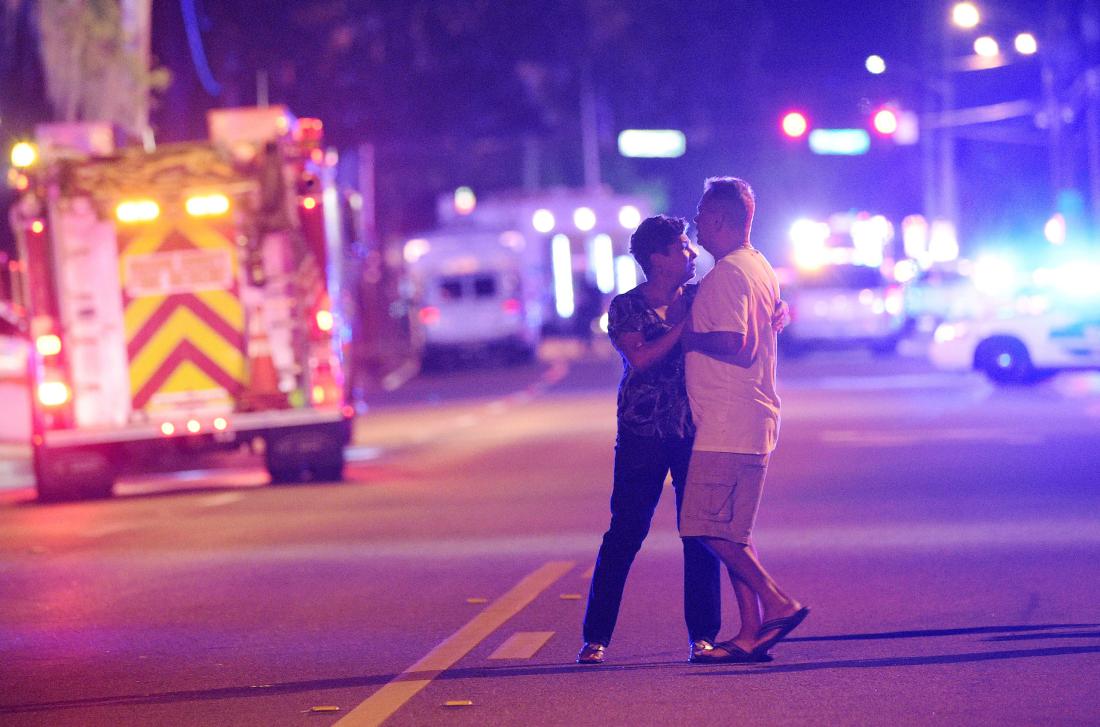 U.S. political leaders on Sunday offered their condolences in social media tributes after a mass shooting inside a gay nightclub in Orlando left at least 50 people killed and 53 others wounded.

A gunman opened fire and took hostages at the popular nightclub,Pulse Orlando, at about 2 a.m. before being killed in a gun battle with authorities. The FBI says the attack is being investigated as an act of terrorism.

President Barack Obama was briefed about the shooting early Sunday and has directed federal officials to provide “any necessary assistance to pursue the investigation and support the community,” Press Secretary Josh Earnest said in a statement. “Our thoughts and prayers are with the families and loved ones of the victims,” the statement said.

Presidential candidates Hillary Clinton and Donald Trump also responded to the tragedy. “Woke up to hear the devastating news from FL,” Clinton wrote on Twitter. “As we wait for more information, my thoughts are with those affected by this horrific act.”

Woke up to hear the devastating news from FL. As we wait for more information, my thoughts are with those affected by this horrific act. -H

In an interview with Chuck Todd on NBC News’ Meet the Press, Sen. Bernie Sanders condemned the attack. “Oh, it’s horrific, it’s unthinkable,” he said. “And just hopes go out to all those who were shot that they can recover.”

Trump alerted his supporters on Twitter to a “really bad shooting in Orlando.” “Police investigating possible terrorism. Many people dead and wounded,” he tweeted.

Florida Gov. Rick Scott offered his condolences and said “every resource” is available for assistance efforts. “My prayers are with the victims’ families & all those affected by the shooting in Orlando,” he tweeted.

My prayers are with the victims’ families & all those affected by the shooting in Orlando. We will devote every resource available to assist

Florida Senator Marco Rubio also said “prayers are with those injured and killed” in the “horrifying act of terror in Orlando.”

Horrific news from #Orlando. Sending thoughts, prayers, sympathy & strength to victims, loved ones & all Central Florida. We mourn with you.

Our prayers are with those injured and killed early this morning in horrifying act of terror in Orlando.

Meanwhile, Lieutenant Governor of Texas Dan Patrick, who is known for his conservative views, has been tweeting out Bible passages, including one that reads: “Do not be deceived. God cannot be mocked. A man reaps what he sows.”