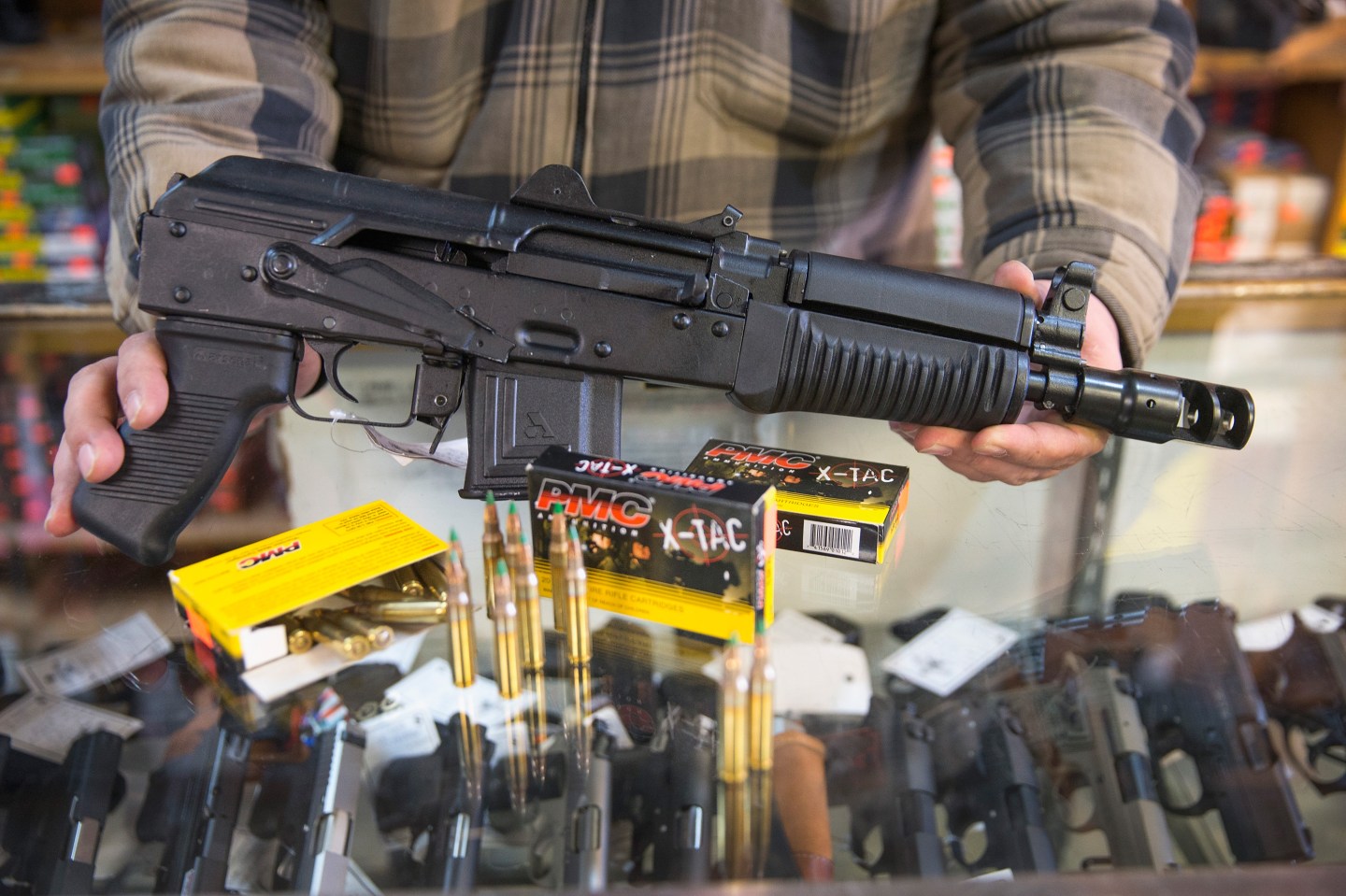 TINLEY PARK, IL - FEBRUARY 27: Green tipped armor-piercing 5.56 millimeter ammunition and an AK-47 pistol that shoots the round are offered for sale at Freddie Bear Sports on February 27, 2015 in Tinley Park, Illinois. The Obama administration has proposed banning the ammunition, which is popular among hunters and target shooters, because it can be used in pistols. Fear of a ban has caused a run on sales. (Photo Illustration by Scott Olson/Getty Images)
Photo by Scott Olson—Getty Images

Gun sales have surged by about 40% in three out of six months in 2016, and we’re on track for another record-breaking year.

NICS doesn’t reflect the exact number of firearms sold in the U.S.—it doesn’t account for people purchasing multiple guns at one time, gun sales that don’t involve a federally licensed dealer, or buyers who don’t pass background checks. However it does reflect trends in gun sales, and background checks tend to increase following gun-related tragedies.

June saw the worst mass shooting in U.S. history at the Pulse nightclub in Orlando, leaving 49 victims dead and more than 50 injured. Events like these generally contribute to increased gun sales for two likely reasons: people are scared and want to defend themselves, and that’s when politicians reignite the gun control debate. This explains the 40% year-over-year increase in gun sales in June, as well as in the first two months of this year following the San Bernardino shooting in December.