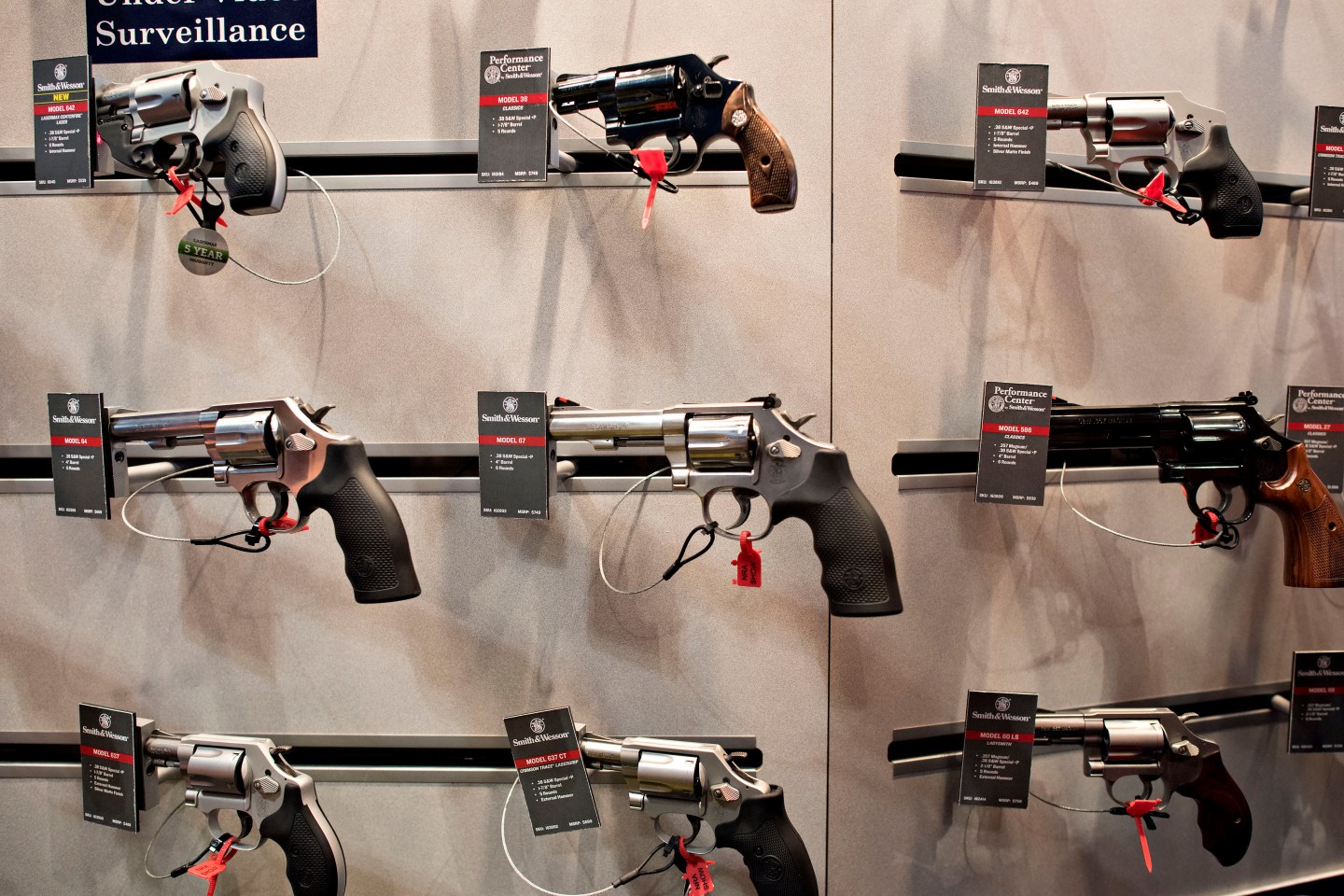 Revolvers sit on display in the Smith & Wesson booth on the exhibition floor of the 144th National Rifle Association (NRA) Annual Meetings and Exhibits at the Music City Center in Nashville, Tennessee, U.S., on Saturday, April 11, 2015. Top Republican contenders for their party's 2016 presidential nomination are lining up to speak at the annual NRA event, except New Jersey Governor Chris Christie and Kentucky Senator Rand Paul, who were snubbed by the country's largest and most powerful gun lobby. Photographer: Daniel Acker/Bloomberg via Getty Images
Photograph by Daniel Acker — Bloomberg via Getty Images

September is also the fifth month in a row to set a record for background checks. May, June, July, and August all saw record numbers.

The number of checks done in a particular month is generally seen as a proxy for how many guns were sold. This year alone over 15 million background checks have already gone through the NICS, which is more than were conducted in 2010 and every year prior (NICS began recording numbers of firearm related background checks in 1998).

The report warns that there is not a one-to-one correlation between background checks and firearm sales. There are multiple factors that could skew the numbers.

A single background check doesn’t represent the number of firearms that were purchased by an individual. According to CNN Money, only 5 states require a background check if you purchase a gun from a private individual at a gun show.