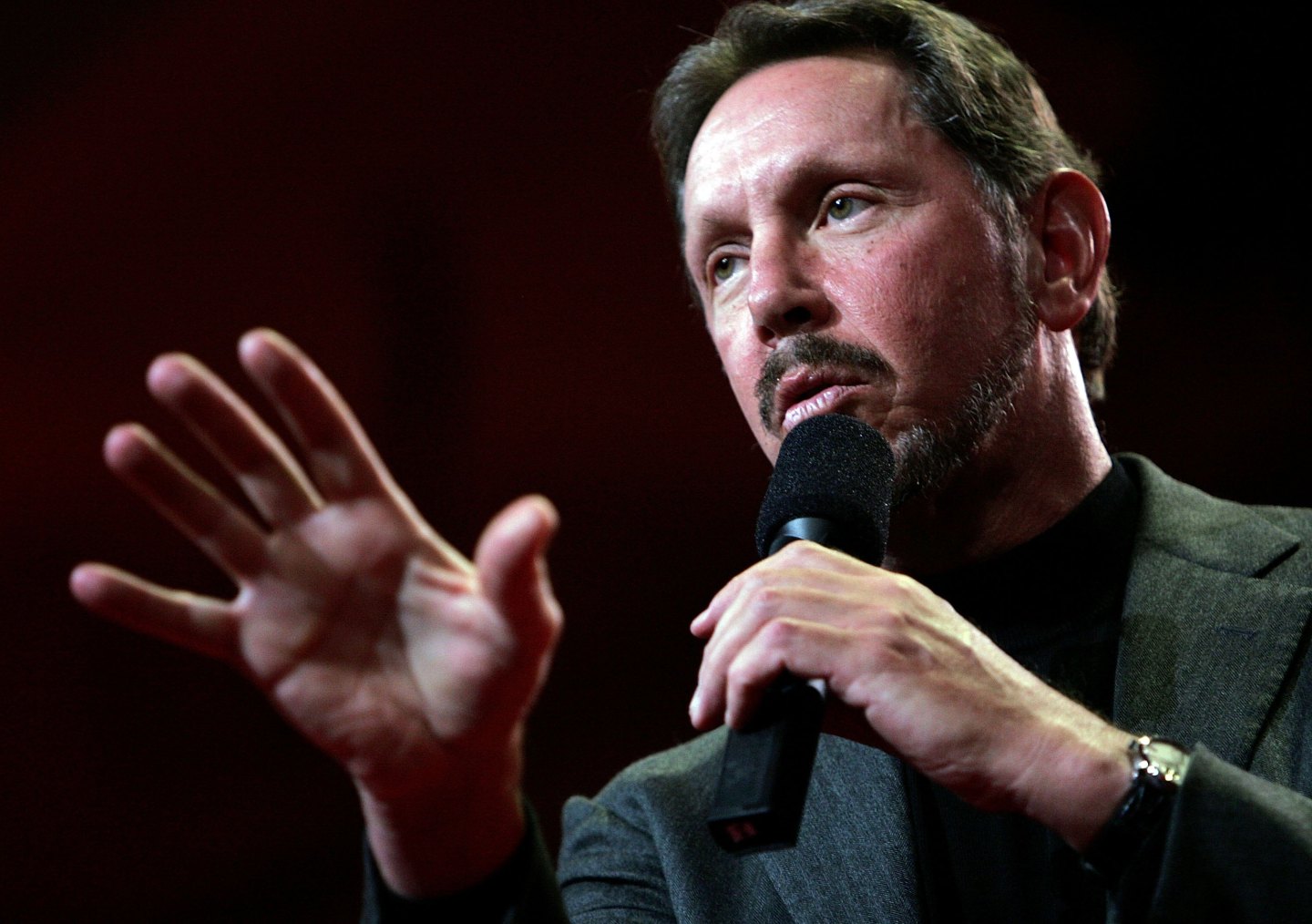 Once again, the key metric of new software license sales was off—falling 19% to $1.35 billion compared to last year, and missing analysts’ expectations of $1.44 billion.

But Oracle co-chief executive Safra Catz speaking on the company’s earnings call called out the good nubbin in that otherwise bad news: She expects that software licenses will lose relevance going forward. Which leads to the first major takeaway from Oracle’s Thursday night call:

1: Cloud Will Make Up for Declining Software License Sales Soon

Suffice it to say, analysts will be watching closely to see if Oracle can make that deadline. For the second quarter, Oracle’s overall cloud revenue came to $1.1 billion, up 62% compared with the year-earlier quarter.

Oracle (ORCL), like IBM (IBM), SAP (SAP), Microsoft (MSFT) and other traditional software providers are all making a tricky transition from selling software that runs on their customers’ premises to software that runs in cloud data centers.

Oracle clearly hopes that its database and business applications customers will choose to run their software on Oracle’s (ORCL) cloud infrastructure. The company is building out its own set of shared computing and storage resources, but remains a minor player in the “public cloud” realm, compared to market leader Amazon Web Services (AWS), which logged $3.2 billion in cloud revenue for its most recently reported quarter.

In a research note, BTIG analyst Joel Fishbein, said the “on-premise to cloud transition” has been key focus, “but signs are finally emerging that we’re at a material inflection point.”

Oracle co-founder and chief technology officer Larry Ellison has vowed to beat rival/friend Marc Benioff’s Salesforce.com in the race to be the first software-as-a-service provider to hit $10 billion in annual sales. Software as a service, or SaaS, refers to applications delivered via the Internet.

“Our cloud applications goal is to be the world’s largest and most profitable SaaS company. We are growing our cloud business much faster than Salesforce.com, and we can beat them to the $10 billion mark, but it’s going to be close,” Ellison told analysts on the call.

Interestingly, on his last earnings call, Benioff raised the stakes, setting his sights now on $20 billion in annual sales.

Ever since Oracle acquired Sun Microsystems and its hardware franchise eight years ago, it has struggled to grow that business. For this quarter, hardware revenue fo $1.01 billion slipped 10% compared with year-earlier results.

For all Oracle’s talk about financial applications and cloud infrastructure, its database still rules the roost. The company has long dominated the market for the big relational databases that many big companies used to manage their data, despite concerted efforts by IBM, Microsoft, and others to dislodge it.

Database-as-a-service, which basically runs a company’s database on a third party’s cloud, is a fast-growing category for Oracle, according to the company. In fact, Oracle co-CEO Mark Hurd said that business was up 700% year over year, hitting $100 million in quarterly revenue.

While acknowledging that customers can opt to run their Oracle databases on AWS, Ellison pretty much said they’d be crazy to do so.

For more on Oracle, watch

Ellison probably misspoke by mentioning Azure, which is Microsoft’s public cloud. He probably meant to say Aurora, which is Amazon’s MySQL and PostgreSQL database clone. That technology competes with Oracle’s own MySQL and, increasingly, with its higher end Oracle database as well.

Amazon claims to have lured many Oracle database customers over not only to its basic infrastructure but to its own databases, like Aurora.

Clearly that is an affront to Oracle, which is working hard to make it very easy for existing customers to migrate their on-premises databases over to Oracle’s cloud.

Said Ellison: “The litmus test is, can we do it better than Amazon? … Can Oracle’s infrastructure as a service differentiate itself from Amazon? Can we do it more gracefully, more reliably, less expensively, more securely than Amazon can? And we think we can, and that’s going to make us very, very competitive.”