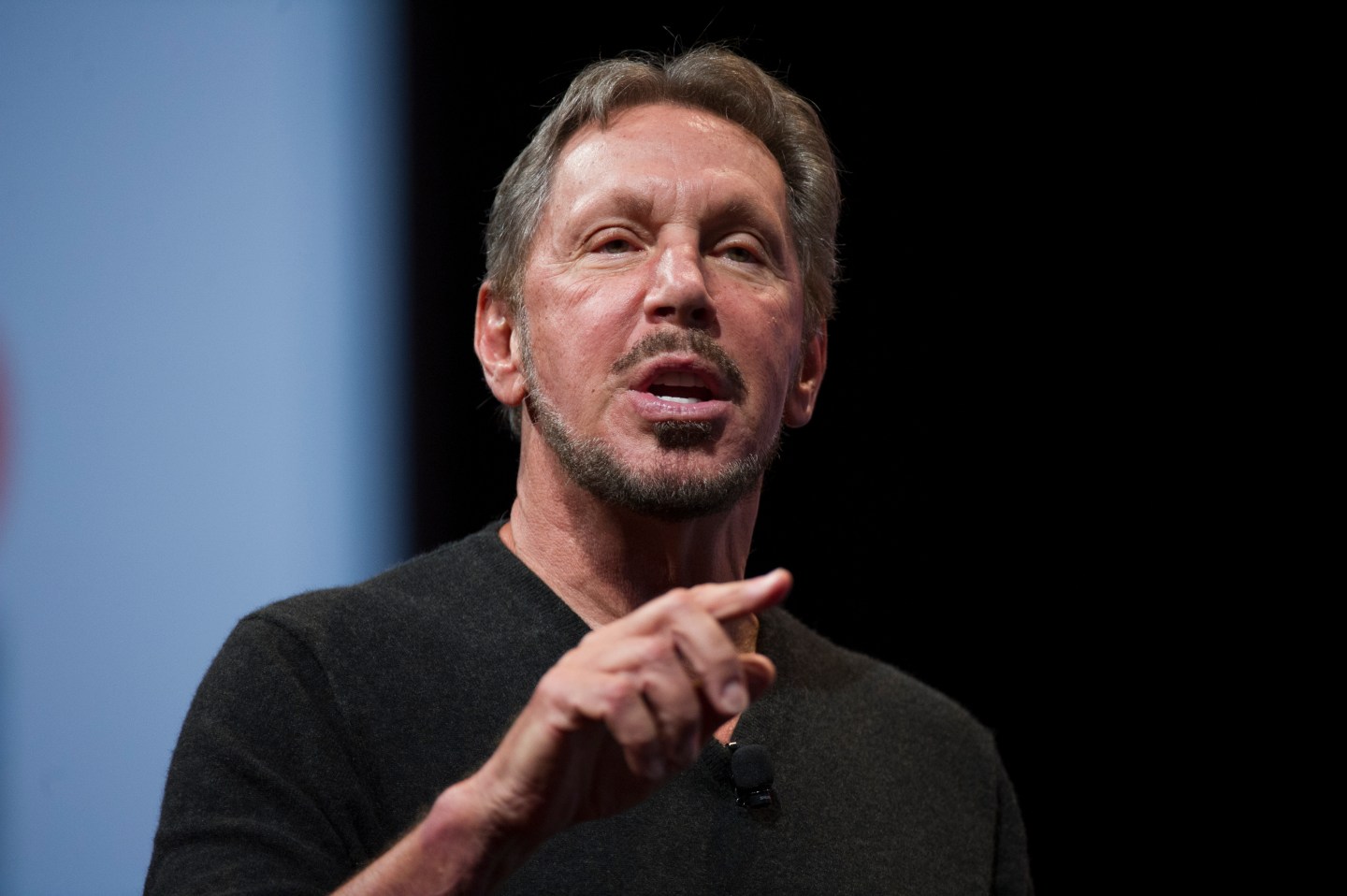 Oracle executive chairman Larry Ellison said the company he co-founded will probably be the first ever to hit $10 billion in software-as-a-service and platform-as-a-service sales annually. These two oddly named software categories are driving a huge piece of the tech market right now.

That’s a big claim given that Oracle rival Salesforce is the largest company in the software as a service (SaaS) arena. For non-techies, SaaS is a model where business software is delivered over the Internet to customers. The software provider, Salesforce (CRM), Oracle, or Microsoft (MSFT), handles all the updates and security on its own servers so customers don’t have to.

Platform as a Service is another, smaller, category of cloud software that gives corporate programmers tools to design, build, and test custom business software. Again, in most cases that software runs on the provider’s servers, not on those owned by customers. Salesforce is also in that market with its Heroku and Force.com products.

A year ago, Salesforce (CRM) chief executive Marc Benioff, a former Oracle executive, promised that his company would be the hit $10 billion in annual sales faster than any other enterprise software maker. Oracle, after SAP (SAP), is the biggest enterprise software company, so if you sense a bit of one-upsmanship going on here, you’re not imagining it.

The two executives are frenemies and have spent a good chunk of time over hte past few years taking shots at each other when they are not making deals with each other. Salesforce, famously, runs its sales software on Oracle databases and other software, although, as Fortune reported a few weeks ago, that may be changing.

Salesforce, founded in 1998, blazed the trail for the subscription model and has built up a big lead. Oracle, on the other hand, was late to the game and still makes most of its money selling database, financial, and other software that runs on companies’ own data centers.

But more companies now want to use a Salesforce-like delivery model so all the legacy software companies are struggling to catch up. Oracle, clearly, is trying to make up for lost time.

“We want to double the SaaS and PaaS growth of our closest competitors, ” Ellison told analysts on the company’s fourth quarter earnings call. “We think we have a fighting chance to be the first SaaS company to surpass $10 billion in revenue.”

It can do that, he said, because it has software in more categories than Salesforce, which focuses mostly on sales and customer management applications. Oracle is also in those categories in addition to offering accounting, human resources, and other types of applications. That may be true but Salesforce, like Oracle, has been buying up a slew of companies to expand its purview in accounts.

Oracle co-chief executive Safra Catz said the company has seen the growth in SaaS and PaaS increase dramatically for the past three years. Sales in the category grew 20% in fiscal 2014, 34% in 2015 and 52% for the just-closed year. And, she noted, “we expect higher growth this year.”

In any case, Oracle, which has lagged cloud computing rivals like Amazon (AMZN) Web Services, is making a noisy bid here. But it faces off against not just Salesforce and AWS but Microsoft (MSFT), IBM (IBM) and other companies, all of which are rushing to embrace cloud as fast as they can.