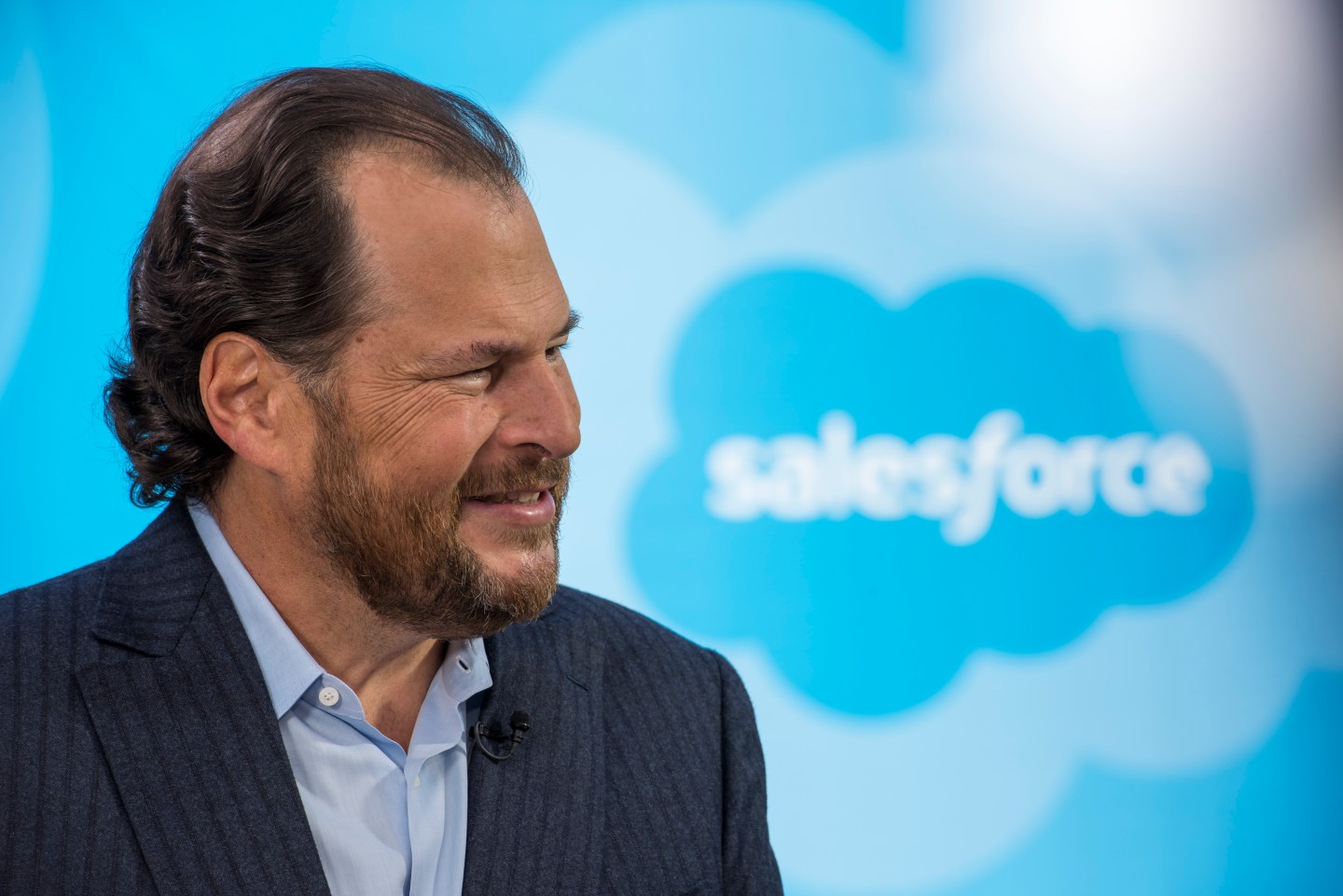 Salesforce, like many software companies of a certain age, is navigating a tricky path in the fast-changing technology world. Companies that are more than a decade or two-old must constantly re-evaluate their technology suppliers to assess if they should keep what they have or switch.

For Salesforce (CRM), one critical question is whether it should stop relying on Oracle’s (ORCL) database technology to run its popular business software used by sales people and marketers to track deals. Oracle is the market leader in databases, but those databases are also pricey compared to other, newer products on the market.

Sources close to Salesforce say that Pat Helland, a former top Microsoft (MSFT) software architect who worked on Microsoft SQL Server database software and its Bing search engine, is now driving Salesforce’s effort to wean itself from Oracle. Helland’s effort, code-named “Project Sayonara,” may be the source of reports over the past few years that Salesforce was considering switching from Oracle to the PostgreSQL, an open-source and less expensive database.

A source with knowledge of the effort said a database change could give Salesforce flexible technology that could be more easily used across many data centers. That distributed architecture is a big selling point in an era where data privacy concerns in the European Union are forcing U.S. tech providers to put (and keep) customer data in the countries where it was collected. (i.e. not in U.S.-based data centers.)

While a move to another database would not necessarily preclude something like the 12-hour outage that hit Salesforce Tuesday, it could make deploying and managing data at multiple sites easier, sources said. Indeed one reason not to make a big tech move is fear of incurring service outages, so there is that to consider.

Of course, a move from one set of core technology like a database to another is fraught with challenges. The new deployment must be designed, built, tested, retested, and re-retested to assure a smooth transition.

That could take years. Helland joined Salesforce in 2012, according to his LinkedIn profile. One company source said he knows of no timeline for Project Sayonara while another said that the aforementioned data sovereignty issues in Europe have made it a priority.

There are other rationales for switching databases. Oracle now competes much more directly with Salesforce in business applications than it did when Salesforce was founded in 1999. After a late start, Oracle moved aggressively into subscription software and offers the same sort of packages for sales teams as Salesforce.

In the past five years, the trash talk between Oracle chairman and chief technology officer Larry Ellison and Salesforce chief executive Marc Benioff, a former Ellison lieutenant, has proven epic (and entertaining.)

But Salesforce has more to worry about than the important database choice. It also faces the public cloud issue. As mentioned, the company runs its bread-and-butter sales software and its Force.com software development tools on Oracle software in its own data centers.

This is cloud computing in the sense that Salesforce sells software on a subscription basis. Among techies, this is known as the Software as a Service, or SaaS, model, which Salesforce helped pioneer. At that time, SaaS was a huge departure for businesses that typically bought their software licenses outright and ran that software on their own servers and PCs.

But software-as-a-service is not exactly the epitome of modern cloud as exemplified by Amazon (AMZN) Web Services’ public cloud that lets software developers add and subtract resources from a massive pool of servers, storage and networking, as needed. Some at Salesforce think the company should make more use of public cloud services going forward.

It already has a foothold there. Five years ago Salesforce bought Heroku for $212 million. Heroku was (and is) used by many software developers at small companies to build and test software. And Heroku basically does the same sort of things that Salesforce’s own Force.com does, but it runs on AWS.

The Heroku acquisition set up a sort of religious war between the Heroku/AWS camp and the dyed-in-the-wool Salesforce/Force.com camp. Last year, Salesforce tried to bridge those two camps with a sort of hybrid “App Cloud” unveiled in September, which it says lets developers use Heroku and Force services to build their applications. Customers shouldn’t need to know or care.

For more on Salesforce.com

A month later, Salesforce announced plans for its new Internet of things cloud. This product will aggregate data from Internet-connected devices like Google (GOOGL) Nest thermostats or Fitbits and it will run on Heroku, and thus on AWS. That may signal a shift of more of Salesforce’s businesses to the Heroku/AWS side of the house.

Whatever Salesforce ends up doing—and any company worth its salt has to evaluate all options. And that means, never say never.

At a certain point, companies may conclude that the advantages of swapping out old technology outweigh the difficulties mentioned above. A company like Dropbox, for example, which claims a half a billion users, decided it could innovate more efficiently if it brought more of its work onto into its own data centers.

That just proves that for companies that do their own analysis, what was once unthinkable in terms of a tech migration may not only become thinkable, but a done deal.