Salesforce.com spreads its wings into the Internet of things 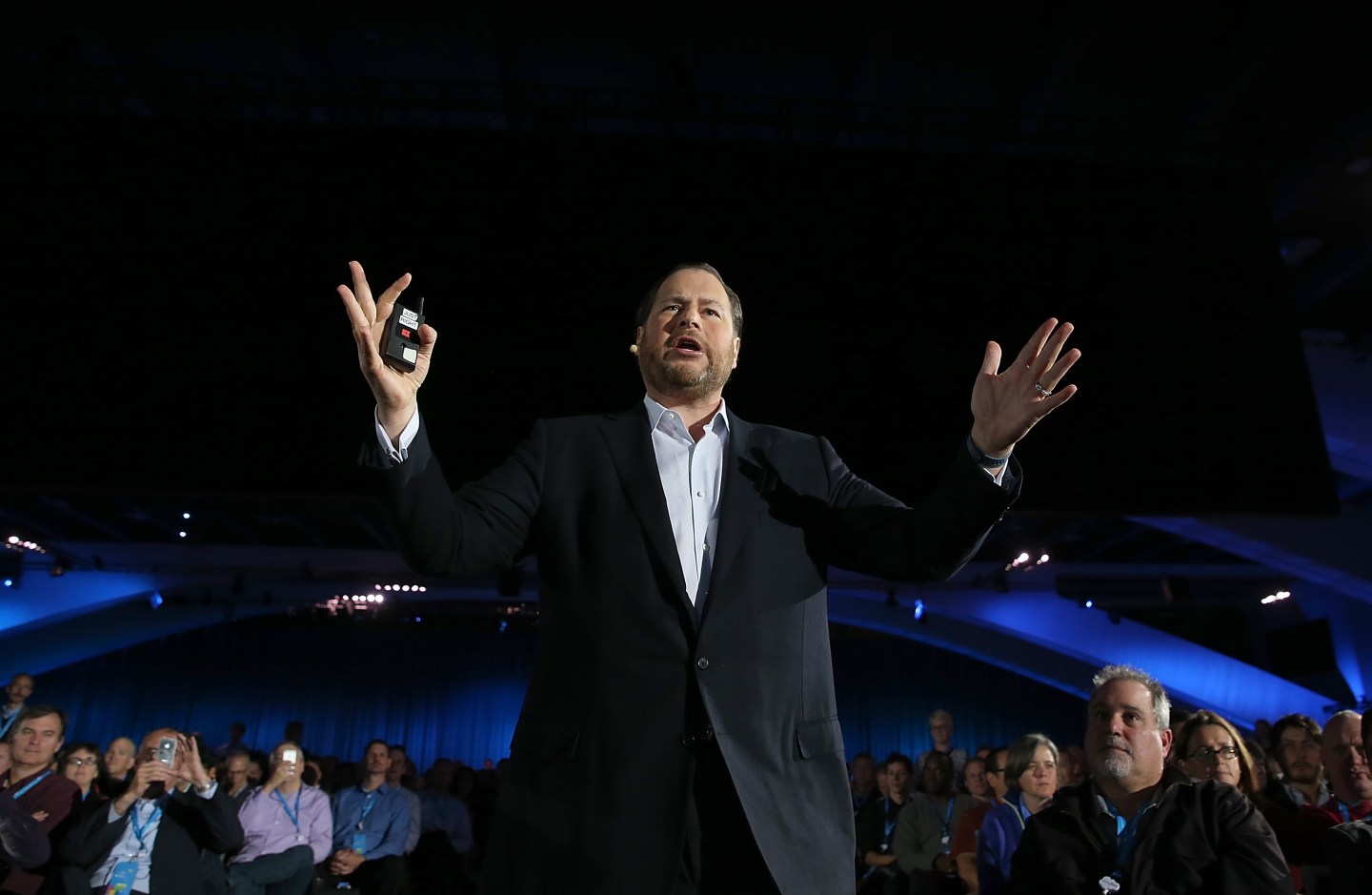 Salesforce.com (CRM) is diving headfirst into the Internet of things, announcing on Tuesday a new service for storing and analyzing real-time data, and then integrating it with the company’s core customer relationship management product. Dubbed the Salesforce IoT Cloud, the new service (which should be available early next year) is Salesforce’s attempt to cash in on the user data streaming off of connected devices, mobile apps, and websites.

Salesforce says it’s preparing its users for the transition from an old, reactive form of customer service to a new, proactive model. For example, Dylan Steele, a senior director of product marketing at Salesforce, explained how a car dealer might instantly send a tow truck to a broken-down customer, or automatically diagnose a “check engine” light in a connected car. One IoT Cloud pilot customer, Emerson (EMR), wants to contact customers when it notices problems with their connected thermostats, rather than waiting for homeowners to notice the problem and call a technician themselves.

Data could also come from wearable devices (such as fitness trackers, with which Salesforce.com CEO Marc Benioff says he’s obsessed) mobile apps, websites, or other products that provide real-time information about what customers are doing and the types of experiences they’re having. Other pilot customers include fleet-management startup TeMeDa and manufacturing company Hexagon Metrology.

“Whether you’re selling goods or selling services, you still have to think about transforming your business into a managed service,” Steele said. “Your transaction doesn’t end with the sale.”

Like other Salesforce services before it, IoT Cloud is designed to be used by business users rather than developers or engineers, meaning marketing managers and other non-technical employees can create rules about how the system treats the data it ingests. They might, for example, want to merge data about user activity with data about user complaints, or send incoming data to another system that triggers some sort of automated response.

Below the surface, IoT Cloud will run on a homemade data-processing engine that Salesforce calls Thunder. Among its components are the Apache Cassandra database originally built at Facebook (FB), the Apache Spark data-processing engine, and the Apache Storm system popularized by Twitter (TWTR) will serve to analyze data as it crosses the network. Apache Kafka, a messaging technology built by LinkedIn (LNKD), makes sure incoming data gets to all those other systems as quickly as possible.

Steele said that although IoT Cloud is optimized to connect with the other Salesforce products, it can also be used as a standalone data-processing and storage service. But that might be a tough sell. There are numerous other cloud services and software products for handling the same type of data—including from cloud computing leaders Amazon Web Services (AMZN), Google (GOOG) and Microsoft (MSFT)—and it seems like a stretch to think many of their users would divert operations to Salesforce just for this particular type of data.

Really, it’s the ultimate value of the IoT Cloud to Salesforce customers that will make or break its success. There’s every reason to believe there’s a lot of money to be made from connected devices and the data they generate, so the major challenge for Salesforce might lie in execution.

A product that works as advertised would go a long way toward helping Salesforce rebrand itself as the legitimate 21st-century data company it desperately wants to be. If the new product is a dud, though, Salesforce risks looking like an aging company trying to glom onto the latest trend with better marketing than engineering.

For more on the Internet of things, watch this Fortune video: